Steam, Tracks, Trouble & Riddles (S.T.T.&R.) is a single player adventure mod, based on source engine (Orange Box) by Valve. It combines two types of game play: an adventure game with complex, 3D-interactive riddles in a fantastic environment and a simulator for track based vehicles.

Some kind of steam-locomotive like vehicles you will drive through an post-war environment. The final goal is finding a “secret wagon” and destroying a hidden nuclear-bomb. After a long journey through the guts of a huge Megalopolis you will end up ... ok, prepare for unforseen consequences ;-)

Human life was wiped out in 1962/63 after the (fictional) failure of the cuba crisis. Machines developed their own “architecture” adding weird stuff to the existing world of the 1960ties.
It is a fictional world which might have happened, if men has gone and only robots still existing in 2525.

Vehicles like “The Handcar”, “The E-Tram” and the “SteamerTram” are actually compiled and presented in a demo video: Youtube.com

Major Update of Chapter One

Update Time! Sorry, it took a while and we call it a beta version because there weren't a lot of playtesters avaiable. Anyway we believe that this update is worth playing and turns the old version into an obsolete status. (You may download them for if you are in a reminiscent mood).

The new Chapter One V2 is here:

A lot of recommendations and suggestions coming from the community found their way into this new version like the new control scheme of the crane in the beginning or the new gauges in the pipe riddle. We are really thankful for all the comments, reviews and votes here, on interlopers.net and on planetphillip.com. 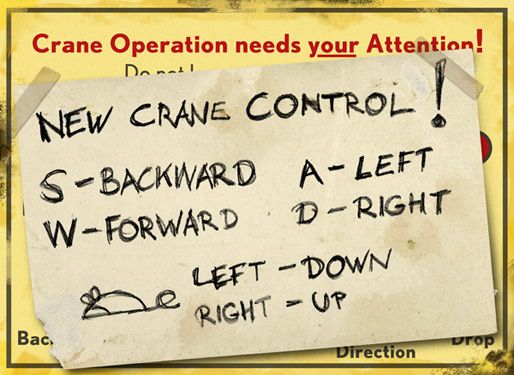 Not only bug fixes but new riddle sections are waiting for you. One you will find in the first map and one in the last. Enjoy 15 new lines of dialog of EasyRider and Happy Jack recorded by Ross Scott. You can find some new Easter Eggs you can find if you are lucky. One was posted here in the video section some weeks ago. 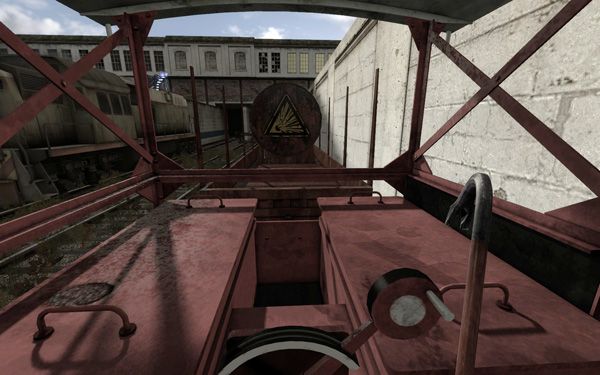 The new Release Guide provides you with installation intructions and useful information about the control and the story background. A new Solution Guide (Spoiler Alert!) will be avaiable in the next days. 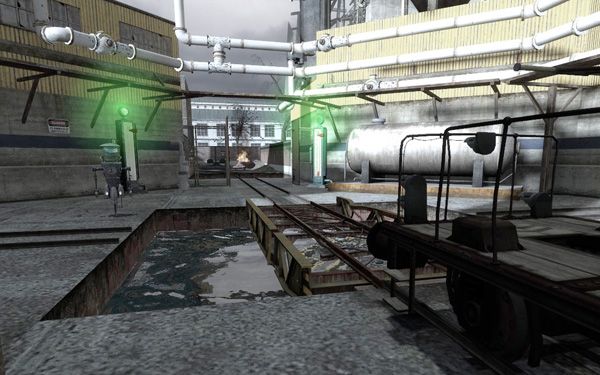 Next step (after the bug fix) will be Chapter Two of course. Again I beg some patience, because I intend to work with th new source2 engine. This tool is not yet in our hands (exept for the Dota2 world). But there will be some concept art from time to time. Maybe EasyRider has to say something. We will record that for you. Suggestions from you are welcome everytime.

Looking forward to your comments we wish you fun
with Steam, Tracks, Trouble & Riddles Chapter One V2.

List of Changes in comparison to the first version:

Overall: added more graphical details in the environment like trees, foilage and more props in all maps.
Removed several minor bugs and glitches.

Better control of the crane: will be controlled by keyboard and mouse buttons now,
not by clicking on the levers. Removed the unneccesary "Backward Riddle" in the crane hall.

Fixed the handcar issue when players were thrown off the handcar while driving in a curve.

Fixed the bug after the transfer table: Player can't drive the handcar backwards through the closed fence anymore.

Inserted one more obstacle after the transfer table.

Renewed the “Pipe Riddle” in the octagonal yard:
Added some guidance with sound feedback on the valves and two gauges which display the status.
Added numbers at the containers and tanks for better orientation.

Renewed the riddle at the tunnels, EasyRider welcomes you now instead of following you.
Fixed the bug in the subway station throughing the player out of the map when
jumping on the moving carts

Shorten the “Frogger Riddles”, player has not to run through so many corridors.
Added one more big riddle with a new shunter and new wagon models before
player is going to activate the tram.

Better skymap in the last map, player can't see "the end of the world" anymore.
Player can't jump over the wall and fall down to the bottom of the skymap.

After the Release is before Release

Improvement of Chapter One: There will be a Chapter One V2 and we are constantly working on it.

MUSIC IN THE MEGALOPOLIS

Now three composers are working for this mod. An example of an interludium is published here for the first time. The Chapter One has been extended by...

Now Ross Scott is the voice actor for the major characters EasyRider an HappyJack. Have some more good news about the progress of this mod.

Spoiler Alert! Be aware that this can spoil your game experience! Guide to all resolutions of the riddles. Just in case you stick in the middle of the...

In this guide you will find • installation instructions • control hints • a brief description of the background • Youtube links of all clips •...

This file contains the complete data of the mod. It is a renewed version of chapter one which was released in Septemper 2014. A lot of recommendations...

Spoiler Alert! Be aware that this can spoil your game experience! Guide to all resolutions of the riddles. Just in case you stick in the middle of the...

This contains file contains the data of the mod. Extract it and place it in your sourcemod folder under your Steam installation. Then restart Steam. You...

This guide contains • installation instructions • control hints • a brief description of the background • Youtube links of all clips • the complete...

The mod is bugged for me ever since the beginning, the robot doesn't move, disappears if I move past (inside) it and I can never open the first gate to ride outside.

Is there going to be a chapter 2 or has development stopped?

Sorry, development has been stopped.
But who knows, maybe I will find some time in the next years.

It is a pity, It was a good mod.
Hopefully you will get enough time to make a chapter 2 one day.

May the new year bring you free time to make a chapter 2 as good or better than chapter 1.

Thank you very much!
Have an excellent new year 2017 as well.

Im pretty sure that this mod has died. It was a great concept.

Never give up hope!
We just had some real life holds
but we are still working on Chapter One V2