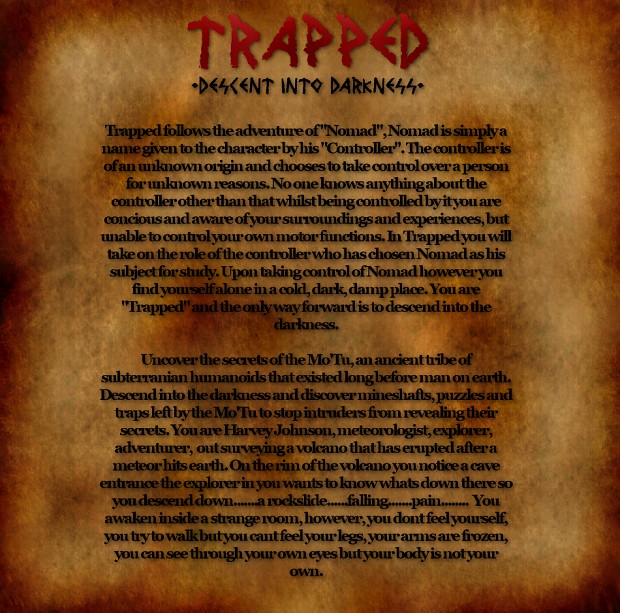 hope you had a great holiday season and an awesome new year.

so......here we are again, i know its been a long long time since ive posted anything in regards to the mod but here i am......back again and im armed with 21 minutes of gameplay footage from pre-alpha 3.

you will see parts that you've already seen but there is definitely some stuff in there that you haven't, i've tried to keep the sections short and skipped over some of the good stuff cos hey, who wants all the spoilers and good stuff all at once right?.

now, Pre-alpha 3 isn't quite ready for you to play around with yet, there's still a few things id like to add before finishing up like Voice Overs and cleanup in a few areas. I'm hoping i can get a quick turn around on this as this has been baking for a while, that way i can move onto the next phase of the mod, whatever that might be.

thanks for your support and ill see you again in the next update.

UPDATE: The reason the mod hasn't had any updates recently and information regarding future updates.

The moment you've ALL been waiting for!

Here it is ladies and gents, the moment you've all been waiting for.

Trapped - Descent Into Darkness ModDB Mod of the year 2013 Test Pack, as planned I've just uploaded the Test Pack which can be found in the downloads...

I've put together this Test Pack of the first 3 levels in chapter 1 of Trapped - Descent Into Darkness. The first map being almost complete in its functionality...

Contuing on from my previous alpha release, this update adds a secret that i've been working on for some time now. I finally cracked it and so ive uploaded...

this is an early release of trapped included in the download is 6 maps changelog and a readme with install instructions eventually these 6 maps and 4...

i think its dead mate

Certainly a mod I am interested in. You've got yourself another follower.

Will there be a playable update soon? It's been about 2 years at least.

Doesn't work for me.

Validated HL2.2 in Steam and this, in Desura.

New that was going to happen the moment u jumped XD

The website is down. Is this mod still in development?

yes the mod is still in development albeit slowly, but it is coming along, the website is down because cant afford to keep it running so this is its home for the long term i think :)

If the mod doesnt start up, see bug report in the forum tab