# WOULD YOU LIKE TO KNOW MORE
Starship Troopers: Opposition provides a wide range of weapons, equipment and characters from the Starship Troopers Universe.
Take part in the war as a soldier of the Terran Federation or be a Bug from the Arachnid Empire. Its your choise!

# KNOW YOUR FOE:
SST: OPPOSITION Mod requires 'CBA A3' and 'Zombies and Demons' mods.
Please ensure it they are running.

# DO YOUR PART!
Visit the Official Discord Server at Discord.io

# License
The work contained in this distribution is licensed under the Creative Commons Attribution-NonCommercial-NoDerivatives 4.0 International.
Please note that the above mentioned agreement gives the right to OPPOSITION Mods authors (Opposition Team) to waiver any of the conditions, thus feel free to contact us to obtain permission to modify our work.

It is forbidden to distribute the content of our packages by itself, or as part of another distribution, or use any sound/graphic materials/assets, or use/release it in the Steam Workshop or any other hosting services by anyone other than the mod authors (Opposition Team).

By downloading and using any of the Opposition Team Mods for ArmA3, you hereby agree to the following license agreement.

To view a copy of this license, visit Creativecommons.org

This add-on is provided for ArmA 3 and is not to be used for any other game.

You may not use the material for commercial purposes.
We consider any sort of sale - money paid in exchange for any sort of direct in-game return to be a breach of the above non-commercial clause of the EULA.
This includes running this package on server instances that employ any monetization schemes, including, but not limited to, donate-reward systems.
Bohemia Interactive's approval of your monetization scheme does not grant you rights to waive this clause of the EULA.

# Disclamer
This mod is an unofficial resource and is in no way linked to Starship Troopers games/movies.

All the computer programs and software are provided "as is" without warranty of any kind.
We make no warranties, express or implied, that they are free of error, or are consistent with any particular standard of merchantability, or that they will meet your requirements for any particular application.
They should not be relied on for solving a problem whose incorrect solution could result in injury to a person or loss of property.
If you do use them in such a manner, it is at your own risk.
The author and publisher disclaim all liability for direct, indirect, or consequential damages resulting from your use of the programs.

# Credits
This mod uses resources from NTWeaks by Cerulean Nutter
You view the mod here: Link

# Bugs & Error Reporting
If you want to report error or bugs, the best option for you is to join our Discord Server at Discord.io and write a clear report in our Error Reports channel.

# Special Thanks!
We want to thanks to our current, and past, Contributors and Donators!
Without you guys, this work wouldnt be possible to continue. Thanks to all of you!

Starship Troopers: Terran Command has finally launched on Steam to very positive reviews, putting the defeat of the Arachnids and survival of humanity in the player's hands. The franchise has had quite a storied modding history, however, with numerous games having been converted to this universe - so here's five Starship Trooper total conversions if you want even more bugs to fry!

Enter the Terrans. The Federation is as big as the Arachnid empire and have an instinctive fear of bugs. Couple that with an advanced space military and technology and you have a big problem for the Arachnids. This new threat was so great that even forcing the skinnies to fight wouldn't be enough. New and bigger, more powerful warship were bred to combat this new threat to their total dominance of the galaxy. 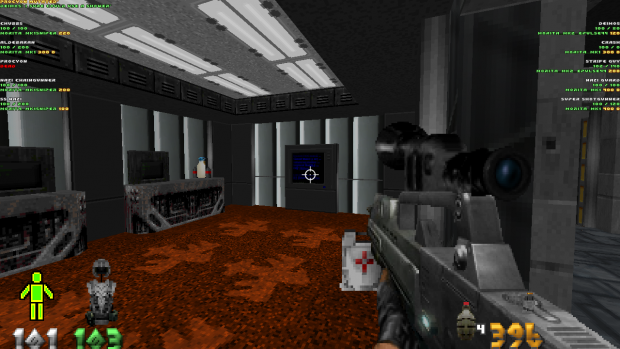 DOOM's already about fighting back hordes of demons in an effort to save humanity and the world - with a kickass attitude and gung-ho approach to fighting the spawn of hell. Replace the demons with bugs and weapons with sci-fi rifles and, well, alright then - you've got yourself a Starship Troopers experience. Battle the bugs, hold the line, and don't give up - or maybe you'll get shot yourself! 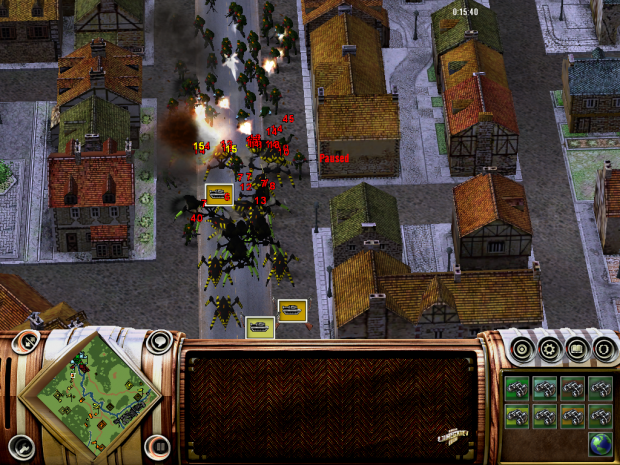 A mod for the Axis and Allies RTS adding a new campaign and new maps, new units, and two new factions; the Strategically Integrated Coalition of Nations (SICON for short) and the Arachnid Empire. After SICON victory on the "bugs"' home planet of Klendathua, and the supposed destruction of the Arachnid queen in space, the great bug was thought to be over. This all changed when the bugs launched a surprise attack. It is up to you as a SICON general to stop the arachnid's offensive, and save humanity from annihilation. 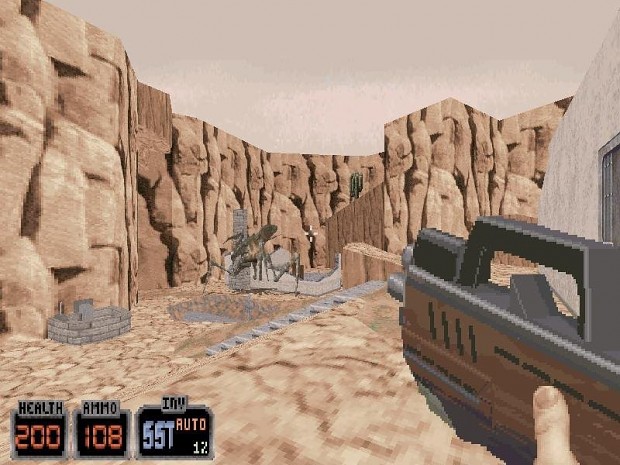 The TC takes place after the first film. It follows around a Mobile Infantry Elite Commando veteran (the player) going onto missions alone (sometimes with allies) in Arachnid planets. The player starts out by escaping from Starhip Sparta, before landing to Kaliatho. The objectives were either to rescue officers, to investigate facilities that have lost contact, or to hold off against Arachnid assaults. The TC has new planets. They are Kaliatho, Gamma, Planet 3, and more. 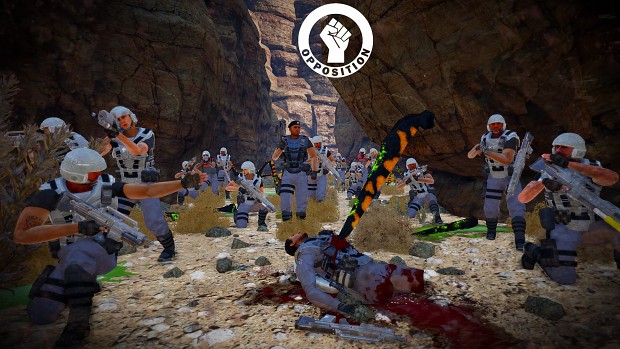 Starship Troopers: Opposition provides a wide range of weapons, equipment and characters from the Starship Troopers Universe. Take part in the war as a soldier of the Terran Federation or be a Bug from the Arachnid Empire. Its your choice! ARMA's tactical combat adds even more weight to every loss and sacrifice in the name of humanity, with greater numbers and stakes on the table for every squadmate.

Starship Troopers: Terran Command is the second title by developer The Artistocrats, taking strategy and tactics into the gung-ho militarism of the iconic sci-fi franchise. Not making too many jumps to the video game medium, Terran Command is a unique case for the series but takes players back to familiar territory with the objective of wiping the battlefield clear of everything that moves. Originally slated for a late March release, it was pushed back just before the deadline to June - and that appears to have been worth the wait. 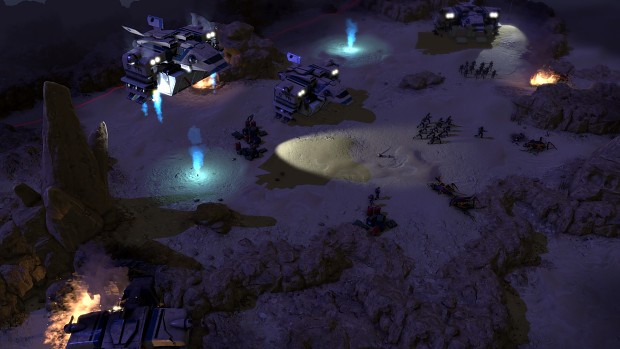 The Only Good Bug...

The game features an intense 12-15 hour long singleplayer campaign, building up the alien threat and necessity of base management until a climax featuring an all-out survival against overwhelming numbers of bugs. Whilst the campaign has been phenomenally received, players have also criticised the game's lack of skirmish or conquest modes - as in, once the campaign's done, so are you. It's not clear at this time if the developers plan to expand the foundation of the game with these - or add the also hotly-requested and fabled mod support - but it appears like it might be worthwhile given the apparent quality of what's already there. 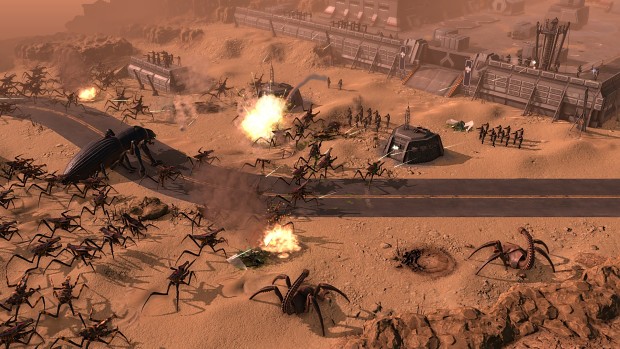 Unlike other strategy games, Terran Command puts total focus on the singleplayer
campaign with no capacity to play as the Arachnids or against AI in skirmish modes

Knife To A Nuke Fight

The game's available on Steam for £23.79 GBP/$29.99 USD, with Very Positive reviews. Powered by Unreal Engine 5, it's part of the vanguard of early titles showcasing the engine's versatility, and an exciting new experience for Starship Troopers and strategy fans.

Starship Troopers Opposition v3 - ST:OP is one in a series of mods of the OPPOSITION Team mod group. This mod will get you into the universe of the "Starship...