There is a new threat to the Jedi, but this time, will they be able to fight back?

Alex Jarrons has been sent on his first assignment outside the Academy, a relatively simple matter of finding a group of stranded scientists on the forest world Arnane and giving them a lift home. Accompanying him will be Jedi Masters Andrew and Matthew Crowley, two brothers who were among some of the first to graduate from the Academy.

But when they discover something sinister in the forest, it will be the beginning of something even worse...


Star Wars: Way of the Jedi, will be a two part mod, for single player Jedi Academy. (with possibly a few bonus maps for multiplayer)

It will contain many new levels, and will bring back JKA's Tier based mission selection system, upgradeable force powers and weapon selection.

The main character will be Alex Jarrons a relatively new student at the Jedi academy, who will travel throughout the galaxy. Eventually, you will have to come to a decision and choose; between your friends and ultimate power.

The first half, Darkness Revealed will contain 16 playable levels, along with 6-7 fully cinematic ones.
Here is a list in approximate playing order and likely release names:

This first half of the story will take you across the stars, from running the streets of Coruscant, to exploring under water Imperial bases. You will run through the forests of Arnane, and face the business end of the blaster of one of the galaxies' nastiest criminals on the gangster planet Deleano. You will crawl shivering across the surface of the frozen planet Incandeso, dash through the searing acid rain of Illanean and explore ancient temples, dedicated to the Sith...

So join now with your Jedi friends, and prepare yourself...

Today I am announcing that after two or so years I am recommencing work on this mod.

I shall not be working at a quick pace, I am only one person and have not got much free time, but I have resolved to finish this mod eventually!

My main priority at this stage is polish, and will be working first on the opening level so that I can release a short demo for you soon.

I welcome anything you have to ask about this project, so please if you have any questions or feedback regarding the mod at any time, head to the forums set up for this mod, (Moddb.com) I have unlocked them and you should be able to post there again.

Though I may be busy, I shall try and update this page every month or two to keep you posted on the mod's progress. Thanks again for your continued interest and support, without which there would be no reason for me to finish this! 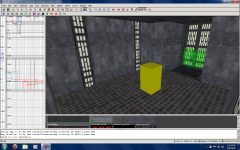 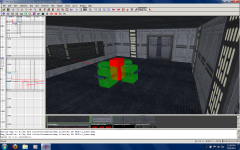 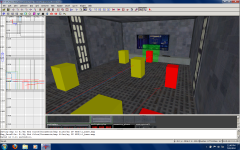 Detailing the future for this mod. NOT DEAD- Just put on extended hold

Sorry for no updates! Just letting you know that I am still going! :D

Work is still continuing on the mod. Sorry about the lack of updates!

Have your say on Way of the Jedi part 2- March of the Empire; Destinie's Rise

Visit the Forums page to help me out! Should way of the jedi part 2 be more linear in its levels? Or should the tier system stay?

Most likely. I never have the time and there's no one else to complete it :(

I would love to, but I don't yet have the levels looking polished enough. There will be more information up soon!

Nice mod. Is it called 'Darkness Revealed' or 'Way of the Jedi'??

Darkness Revealed is the name of the first half of the mod, march of the empire is the 2nd half to be released afterwards.

At the moment though there doesn't appear to be any interest from the community so I'm not sure if I should bother finishing it all any more.

hi ajcrow, good luck with the mod. hopefully it will get released. Me and a few of my friends really want to play this and i know for sure that others will too including those who are moddb. don't give up, finish the mod and do it for the JKA community.

It's nice to see that there are still some people out there that love this game, I thought most had by now moved on.
Your comment has given me some hope that I can motivate myself to at least partially finish this mod.
However, I have a few problems to work out before I can start developing again that will take some time.

I'm going to have to first get a new copy of the game (probably off steam) as my old copy no longer works on my current machine.

Second, I have the problem that many of the map and other development files are across many old computers and hard drives, which means I'll be doing some computer forensics for a while to collect everything back again.

After I have done this then I shall endeavour to try and work on this in some of my spare time. More than that however, I cannot promise.

Thanks for the continued interest in the mod!