Hello All, Stalker Shadow of Chernobyl Zone Revolution ™ is active, and look at the news we have.

Several things were not done yet, but as we evolve in the mod, we will post pictures and videos. 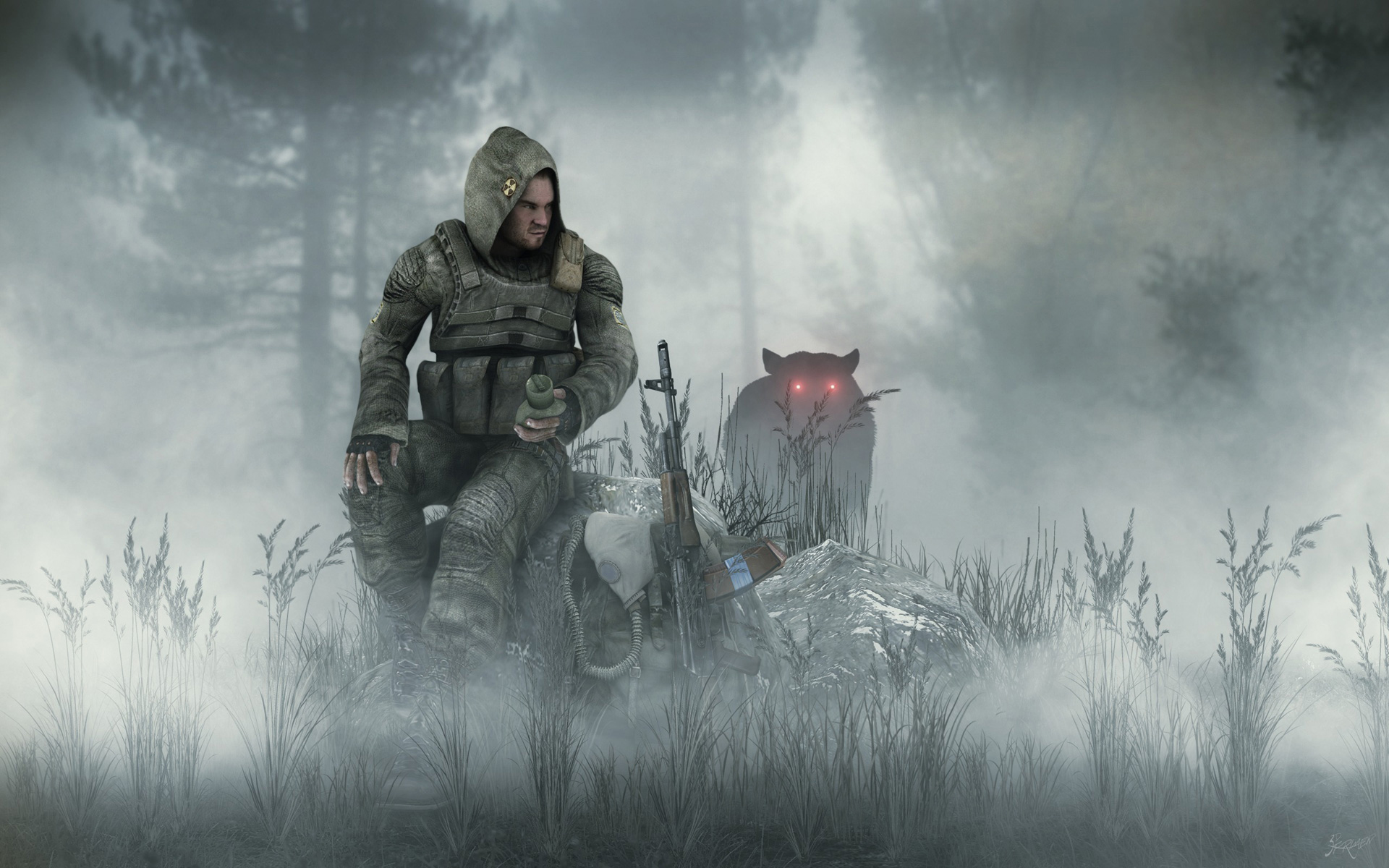 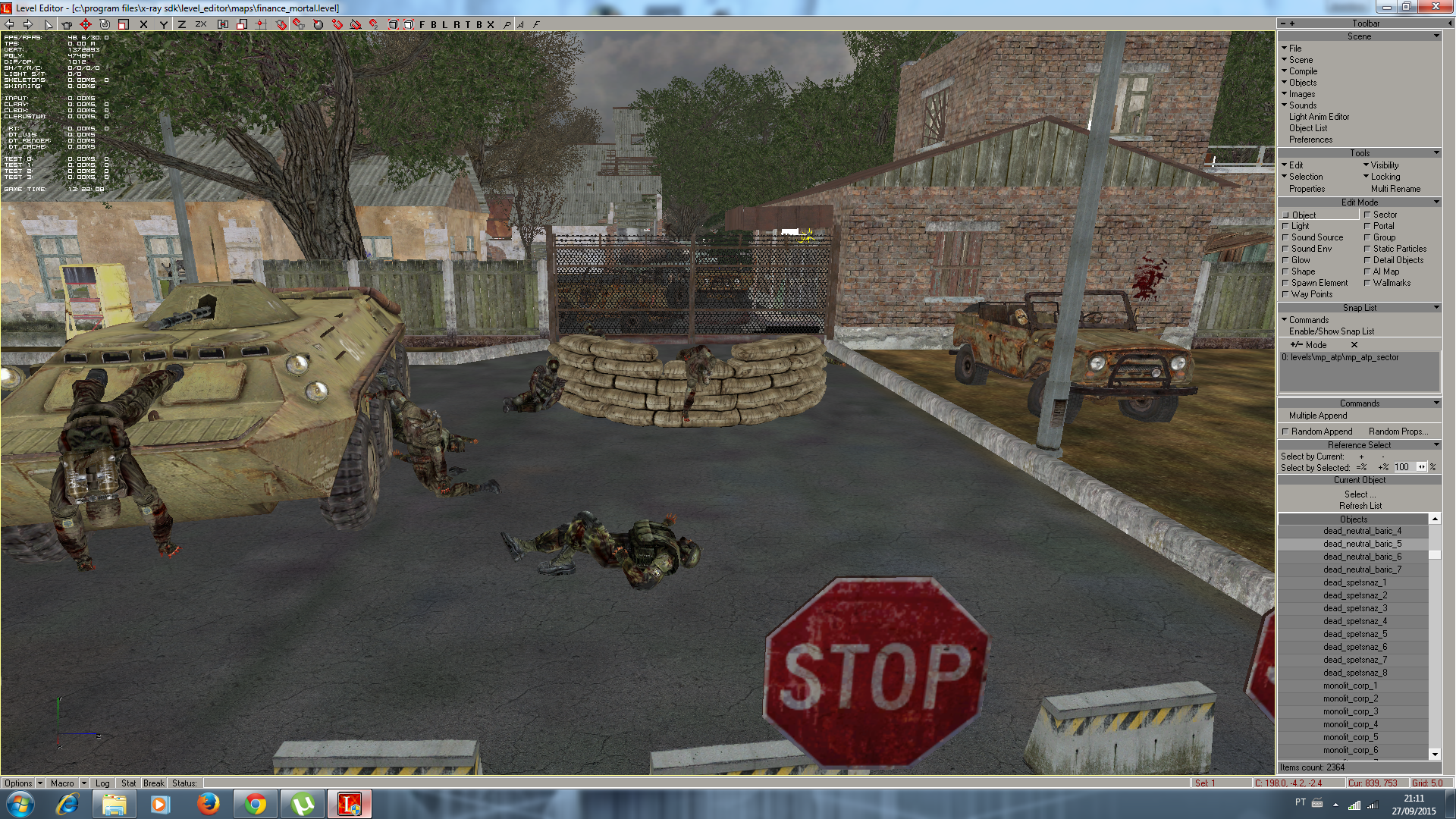 Finance Mortal, is actually a farm, a resident of Chernobyl, when the first explosion occurred at the Chernobyl Nuclear Power Plant, the owner of the farm, (Alexander Narodynaya) received a visit from the military. A proposal was made:
He give shelter to people, make that farm, a refugee camp, in exchange, he would get medical help for free, and a good amount of rubles, for helping his nation. One refugee camp existed until the second explosion at the nuclear power plant.

After that, things started to get ugly. News spreading in Chernobyl, saying Mutants were seen, people are waking up after death, care (Chernobyl) on alert.

Factions came into existence by the Zone. So the military, made that little farm, in a field of research, training, and survival.

One day, S.T.A.L.K.E.R.S. They appeared on the farm, and said to the military: (Have mercy on us, let us in, we can help you in your research, protection, etc ..). The Military agreed, and the farmer also agreed.

He spent one month: Soldiers dressed in white, with incredible weapons, appeared in Finance (They were the soldiers of Monolith). His reputation is not good. Then the Stalkers and military, will rise their weapons, and said to the soldiers of the Monolith:

Leave this area immediately or we will open fire on you.

Soldiers of Monolith said calmly: We are not evil, we are not here to fight, but to arrange shelter, if you guys let us get them to me, we will help you guys.

After the Stalkers, Military, Pripyat refugees, and the farmer have conversed, they decided to leave the Monoliths enter.

Returned to the Refugee Camp, the doctors saw that he was bitten, then things got worse, a quarantine zone dividing half and half the Refugee camp was built.

A week passed, one soldier was checking the people who were sick in the Quarantine Zone, 15 military went in there. Only one left alive.

Everything changed starting this event. Zombies were not normal zombies. They knew shoot, and had a great intelligence. A war turned in Refugee Camp, huge losses, people turning zombies, Colonel of the Army (Alex Borovis) contacted the Helicopter, to support, it was totally a failure, the anomalies that were in the air, dropped the Helicopter. Everything turned into a disaster, until one explosion happened in the Zone, the Refugee Camp was not the same, all who were alive, dead, or if not turned Zombies. Anomalies appeared everywhere, the Refugee Camp, turned Farm Mortal.

It is impossible to get in there, all who have tried, again without arms, legs, head, hand, and the few who survived went crazy, and those who were not, tell terrible stories about that place.

They say it is filled with artifacts area, but nobody wants to be able to catch one. Maybe one day, someone can get it in, and get out alive.

(I hope you have understood the story, if you guys are struggling to understand the story, let me know, I will do everything to explain it better)

I'm posting here the list of updates that I did, after CrazyElf ™ left to take a vacation, I'm ordering from now (ZkkaLuus ™).

I decided to take a vacation of at least 1 month. 'm Already tired, and too tense, but this ...

Check here the updates we have made in these last days, we passed a huge nightmare, thought all was lost, but has that old saying, a light appeared at...

Thanks for these good news guys :)
I really liked Evolution - in my opinion the best mod for SOC -, my hope is that with Revolution you will again change the storyline and also add new missions,otherwise i would not be very interested
I wish you good work

This is a mod for SoC or, a stand-alone version of the game that just requires SoC?

waiting for the mod, where I can download the alpha?

uh.....zombies are the result of emissions or the machines in the x designated labs, not any kind of virus