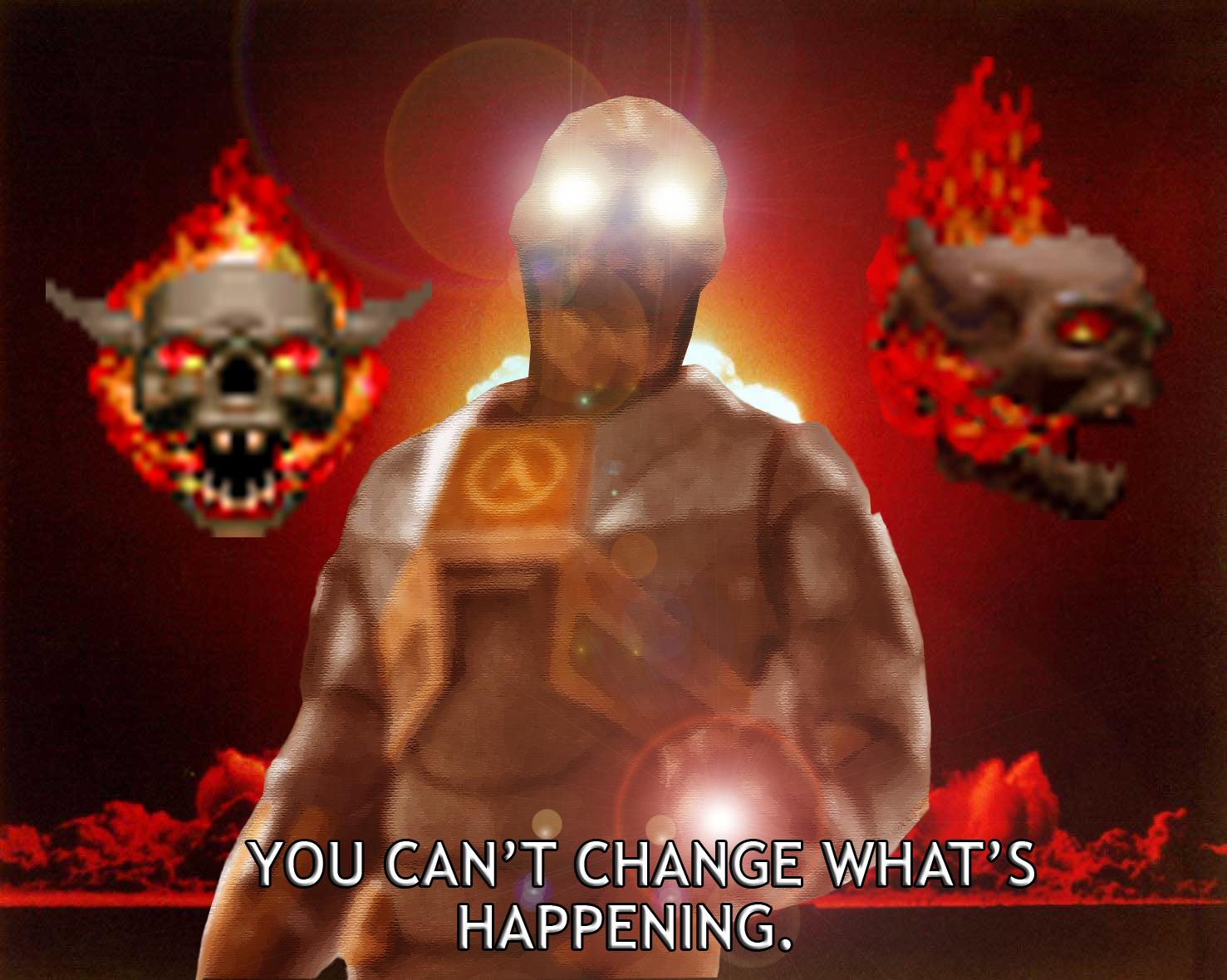 Remeber that big update I was talking about? Well, it's here now, and spook-life has pretty much had a full revamp. The skeleton war brings to spook life a whole new plot aswell as new models, and sounds, and much, much more. In this update, the story of spook-life is completely changed, and now... you are a veteran of the skeleton war going on. Due to equipment failing, the experiment has completely gone wrong, unleashing hundreds of new creatures from other planets. This experiment failing and the outcome being ayylien life forms teleporting into Spook-Mesa gives the skeleton war a new rival. A very, very advanced new rival.

Due to the teleportation of these new creatures, the skeleton's arch-enemy the meat men, are called in to end the skeleton war and eliminate the skeleton race. But, they are greeted by not only ayyliens and skeletons, but one badass 7 year veteran skeleton, Gordon Spookman. This image shows some of our new models, aswell as one of the meat men soldiers.

My god. What the hell is this. a G-Man Invasion, but instead of G-Mans we have Skeletons. Im disapointed.

Don't disrespect the skeleton of the abyss.

Just stop. Show us some actual scariness, not another messup mod. We don't need any other damn messup mods.

If you've seen him work, you would know that's too tall of an order.

There will be a tiny bit of actual spook in it. For the most part, this is a "G-Invasion" type of mod that offers a lot more. It's more than a messup mod. It's a spook.

This isn't a messup mod, it's a bless up mod. As in it's a blessing from our skeletal gods.

Only the negative ones :)

Still, you deleted ALL the comments, including yours.

Because they were responding to negative comments, and that means they were in the string of comments so if I delete one, it deletes mine aswell.

Looks interesting, you should make some custom maps for it to.
(keeps this comment)

If everything goes as planned, we will edit the normal hl1 maps and spookify them.

You cant stop the magic!

If you tell me what this mod is goin to have instead of the other mods. Maybe the people is not goin to think bad about this.

It's just going to change models, edit maps, change sprites and sounds, along with alot of other things. Now please, don't comment on this mod again.

I must broke that last thing you say, just for giving luck for this project. Hope this mod gets finished soon.

lol u weren't accepted by the skeltal gods, srry pls go back in your grave.