Spherical Nightmares is a Half-Life 2: Episode Two single-player modification. The story takes place in the Half-Life universe and you take the role as Gordon Freeman. Your journey begins in an unknown location.

Spherical Nightmares is back!

Since the release of the mod, it’s been fantastic to see all the amazing feedback from you guys. I have looked at Let's Play's, reviews, comments, forums and e-mails. So after 5 years making the mod, this is the absolute best reward. Thank you!!

Here are two different videos from the mod, found on YouTube. One is a complete playthrough of the mod, 6 parts. Very interesting! The other one is a speedrun, that completes the game in 6 minutes, crazy! :)

Anyway, with all this feedback, I began investigating whether or not to update the mod.. and YES, I will! Spherical Nightmares will receive a big update. I have already been working a couple of months, iterating, bug fixing and creating new content. It’s still the same experience, but plays better.

Here are some of the changes:

Screenshot from the updated version. 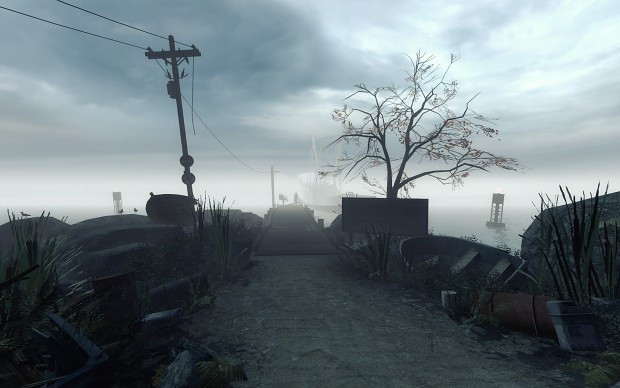 Spherical Nightmares is now up on Steam Greenlight, so I need your help! Please vote up and share, so we can make a successful Greenlight process. Let's do this! :)

The first playtest was a success, generating a lot of good feedback. Some new screenshots. The playtest period gave me time to focus on other important...

Replace the original gameinfo.txt in the mod folder with this one. This can be used to fix any HL2 EP2 mod, but then you'd better backup the old file...

Here is part one of a multi-part playthrough of this mod, feel free to use the footage whatever!

That ending was a big kick to the balls after all you went through. Decent mod, I'd give it a 7.5/10

When i try to open the game it says Can't find background image, please help!

That's what I call great game design AND level design. Locations are beautiful, combat is really even more fun than in original HL2 - there are neatly placed covers and passages all over, AI scripted really, really well - enemies don't leave covers and good position and it feels like they really try to survive, they don't run at you like mad.

Also, the first few maps are really atmospheric. Like, really.

Though this mod doesn't have a well explained plot, it even adds to the overall feel - makes it more subtle and mysterious.

I played a lot of Source mods back in 2010-2011 - like around 70 or 80 I believe - and now a few days back I decided to scroll some ModDB pages for newer mods, and I wasn't disappointed. This one is the best I found so far (not counting the ones I played a few years back, I mean).

Is the new version alive?

Any updates on the steam release?

I downloaded the game, placed it into the sourcemods folder and overwrote the gamefile.txt.
Game isn't showing up in the library still?

I had that happen to me on another mod. Had to restart Steam a second time and finally it showed up.

I played this a while back in a play test, and I had to admit its one of the better source mods ive played in a while. It has that old nostalgia feel to singleplayer games, where the story isn't incredibly blunt but more subtle and leaves it up to the player.

Wizard really got his own unique style of level design down, and I feel like this is just a must play, its visually great, and the combat is fun as hell.