Half-Life: Through The City

Half-Life: Through The City is a fan-made sequel to Half-Life: Opposing Force. 20 years after the Black Mesa incident G-man awakes Adrian Shephard and sends him into City 17 during the first days of the Uprising. Throughout his journey Shephard is going to encounter a group of rebels that will aid him in completing his mission, furthermore he will even see the last living Race-X entity on earth

It has been 7 months since the last article and a lot has happened since then! I’m still working on the mod as a whole thing but I think I will be releasing newversions chapter by chapter. Just in case I pushed the mod release date to 2024 now, more time will be needed for polishing

All chapters that will appear

The Awoken is going to be an introduction to this mod, Adrian Shephard gets out of G-Man’s stasis and is presented to the occupied Earth. 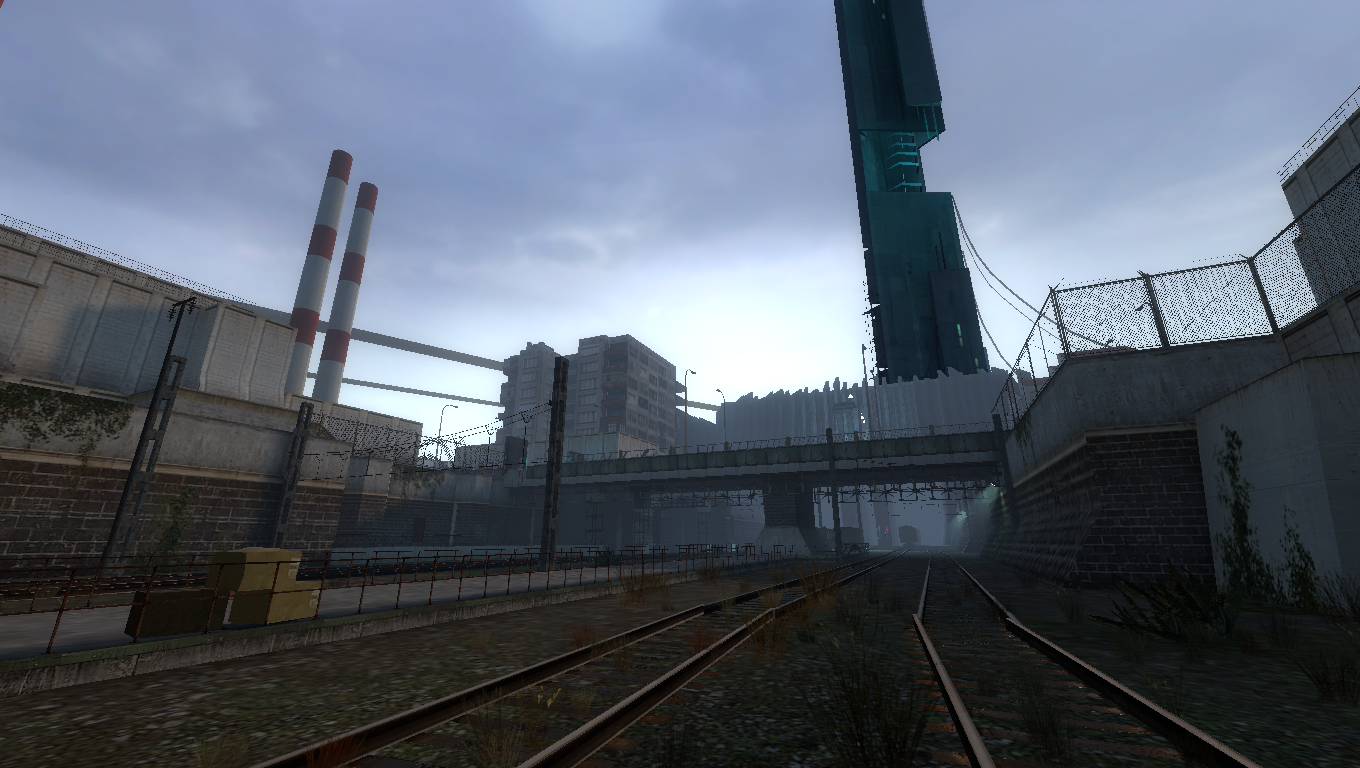 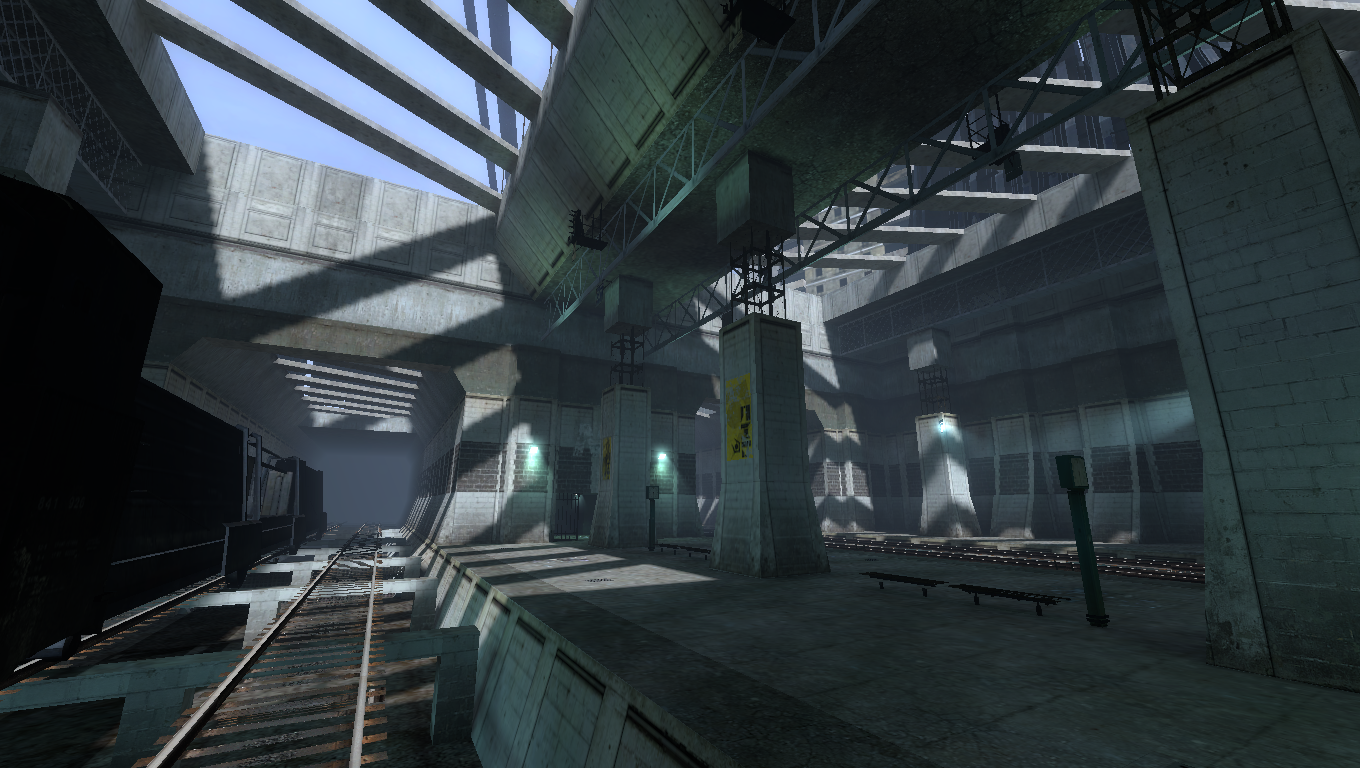 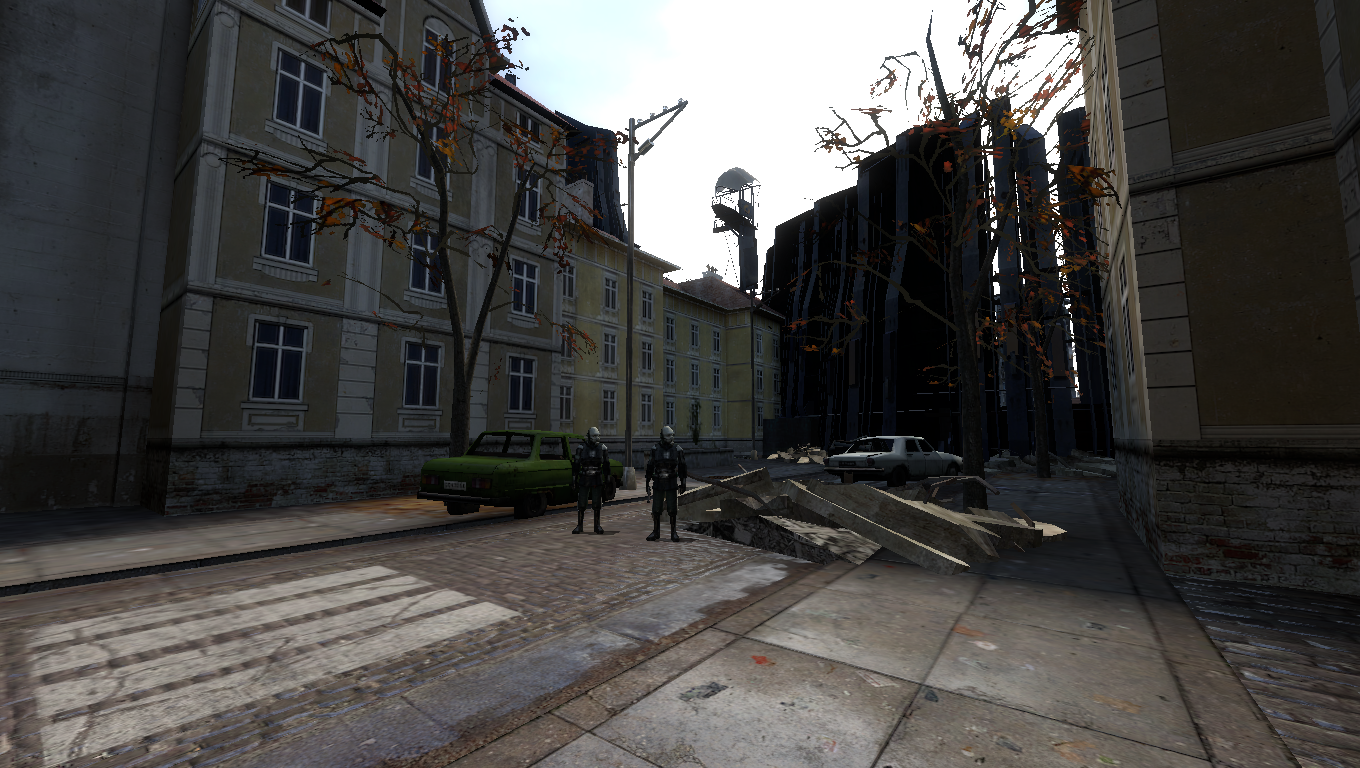 New Enemy will give a better vision of the uprising; Rebels fighting the combine, Striders destroying buildings and more of that. One of the main characters from the previous storyline Ryan will explain his plan on escaping the city, both him and the player needs to get to the Citadel’s Control Room. (A scene that was in Director’s Cut) 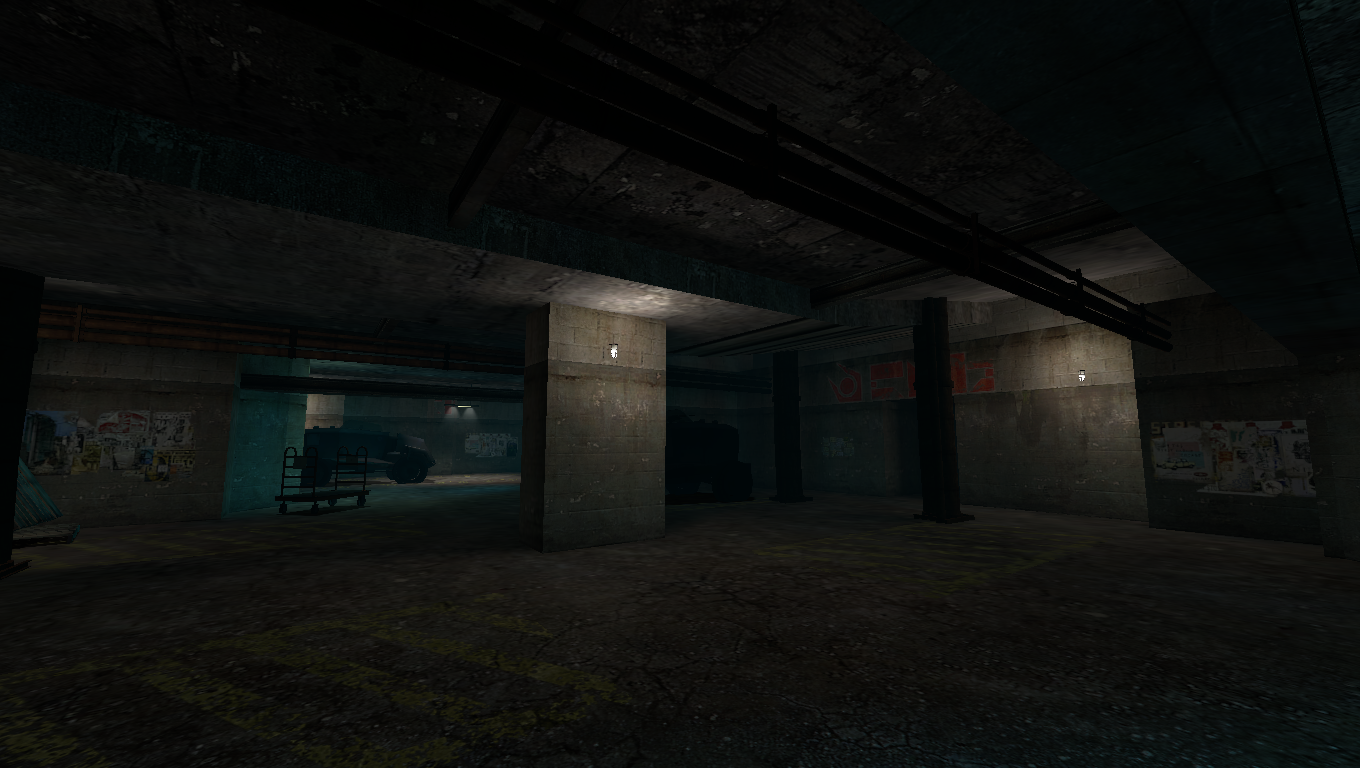 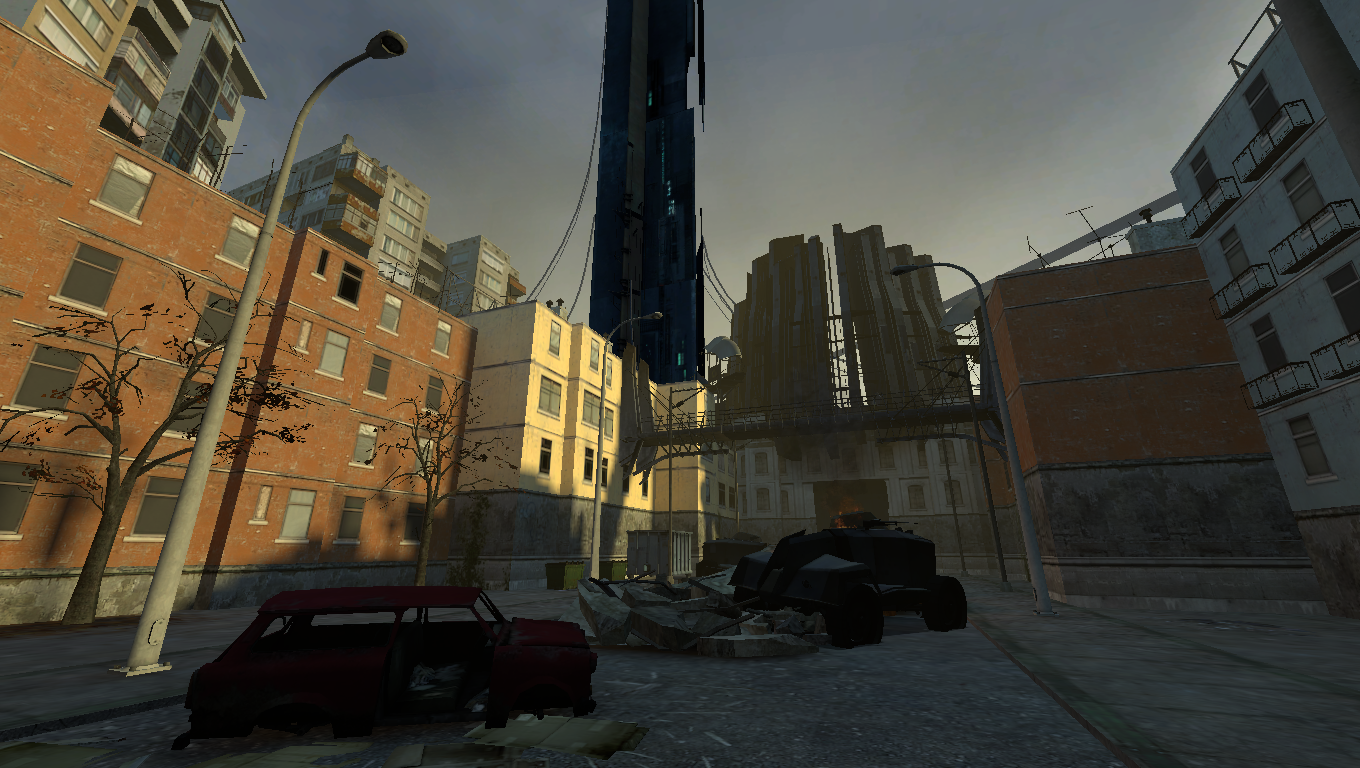 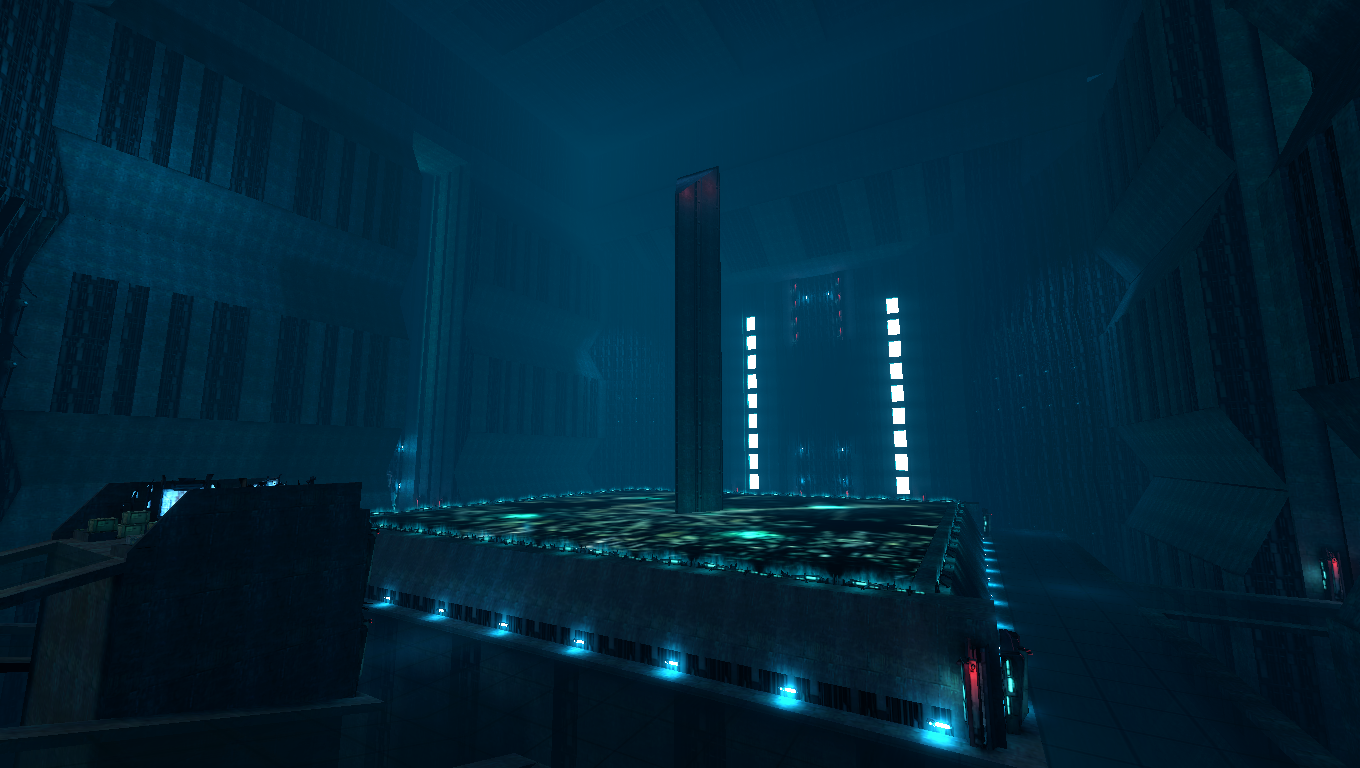 Unknown Infectionis where the game will start to showcase more of new content, you’ll end up in an infested dead zone of City 17, an area that will straight give you Ravenholm vibes. Player will have to turn on the power of a train that will let Ryan and Shephard leave City 17, just around the corner the main antagonist of the mod will be introduced. 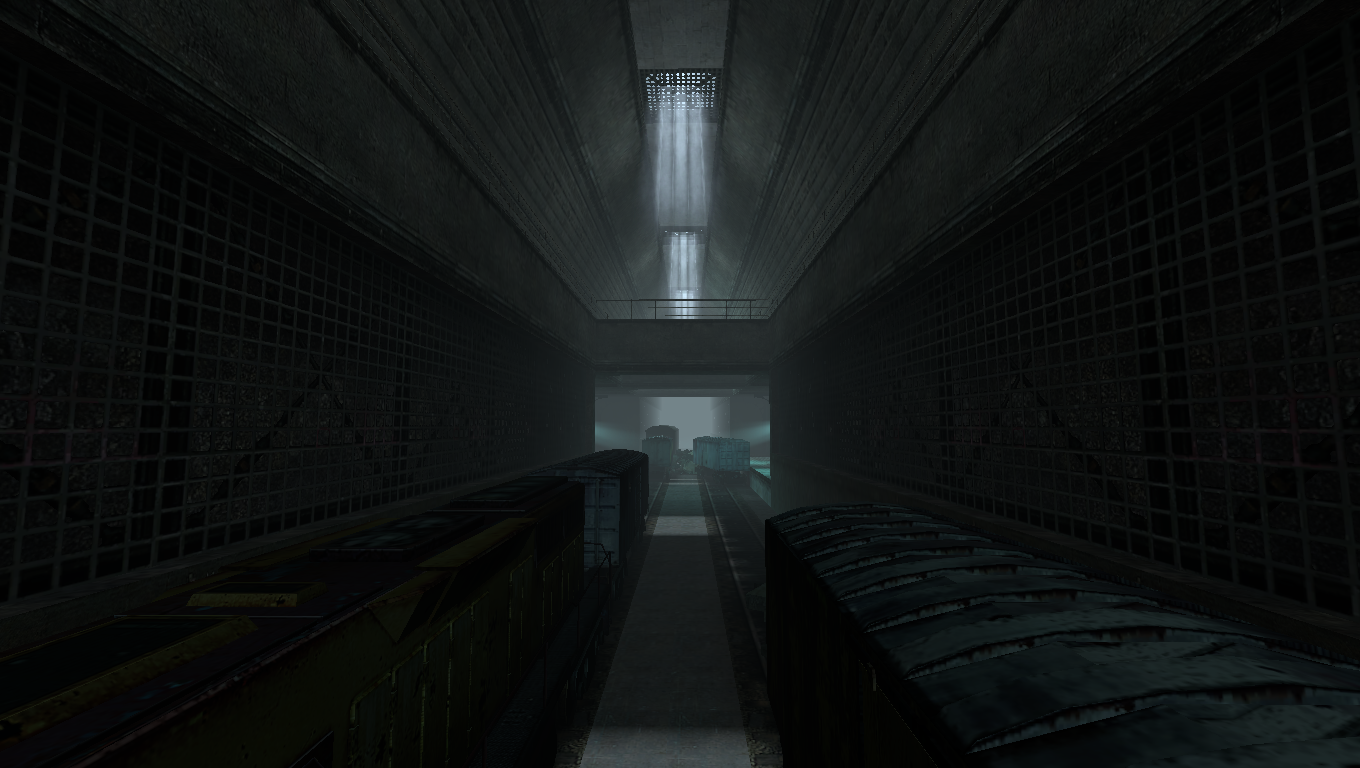 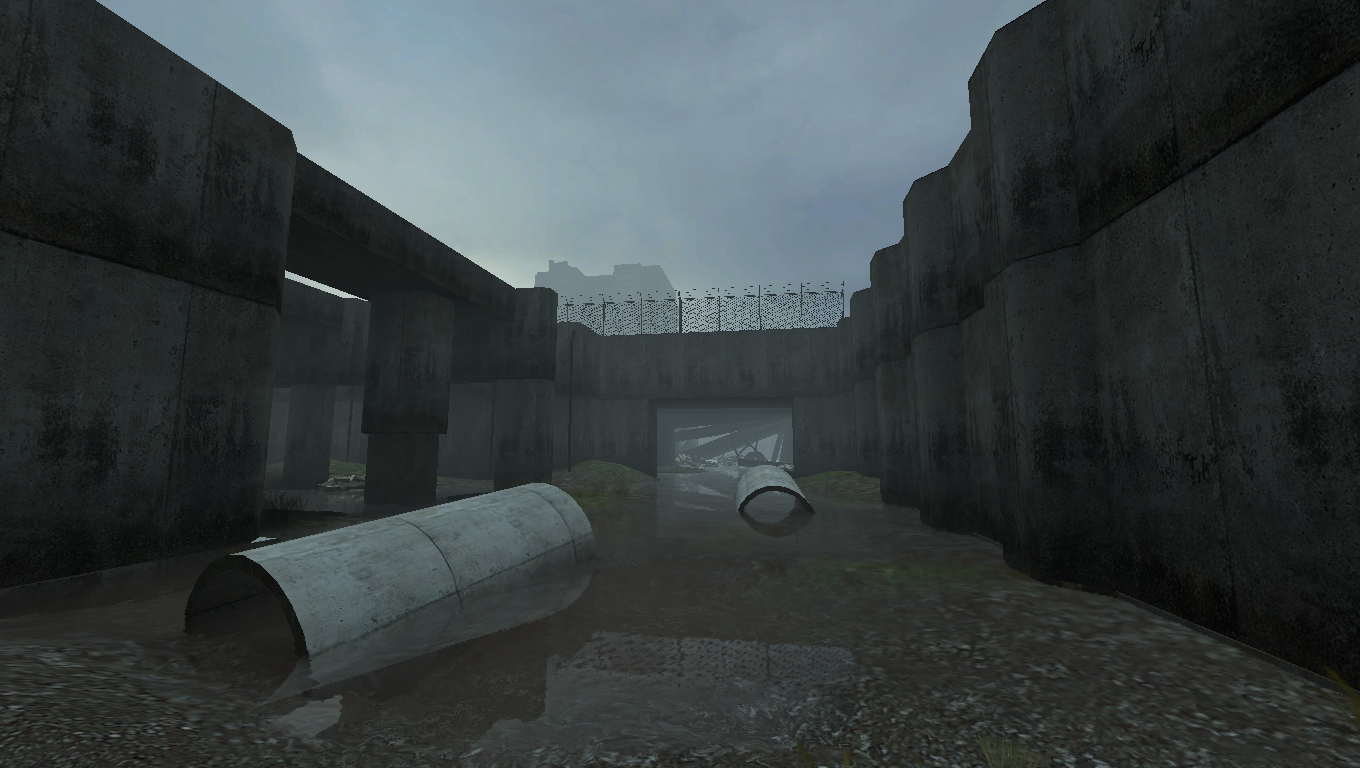 Alien Reptile is a chapter where you will meet Rockie, a Race – X survivor who has negative opinion about Shephard but will have to team up with him, the Player will end up fighting with a more upgraded version of the Strider. 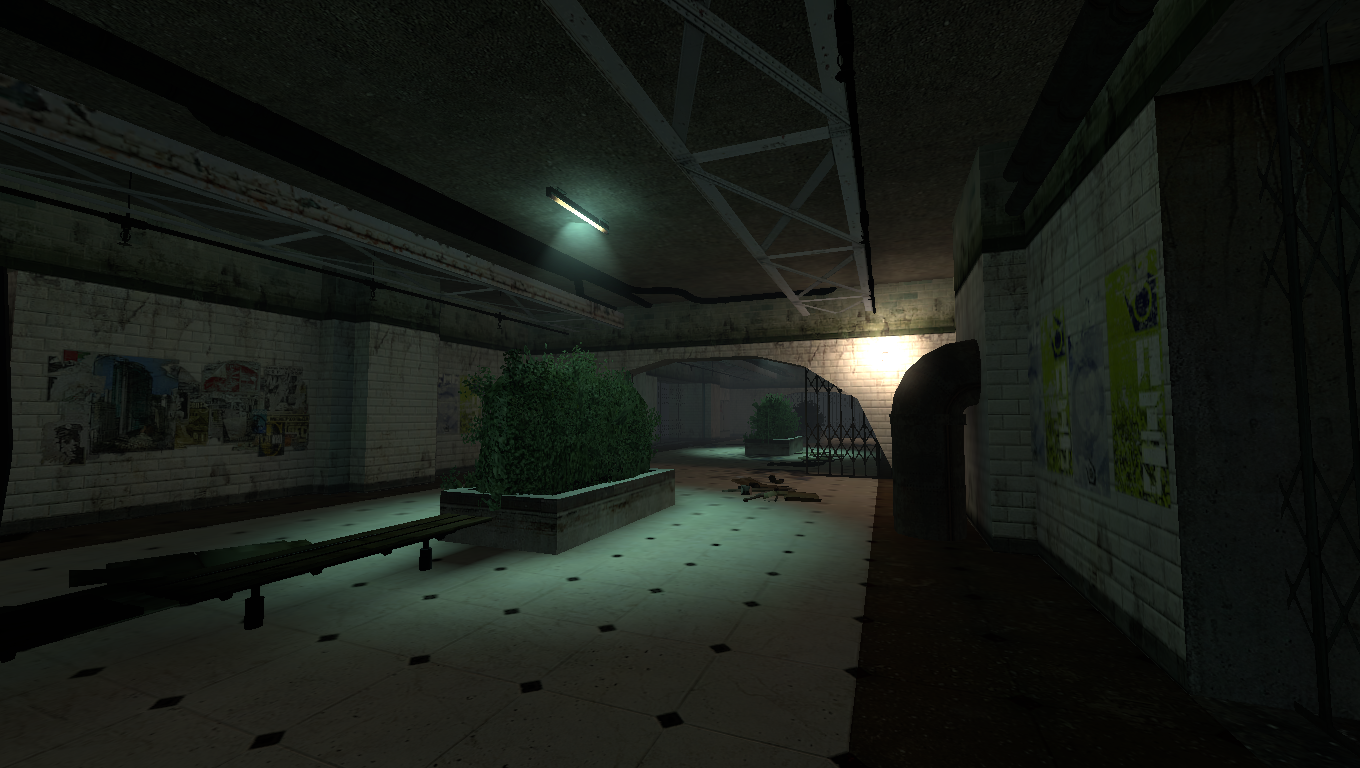 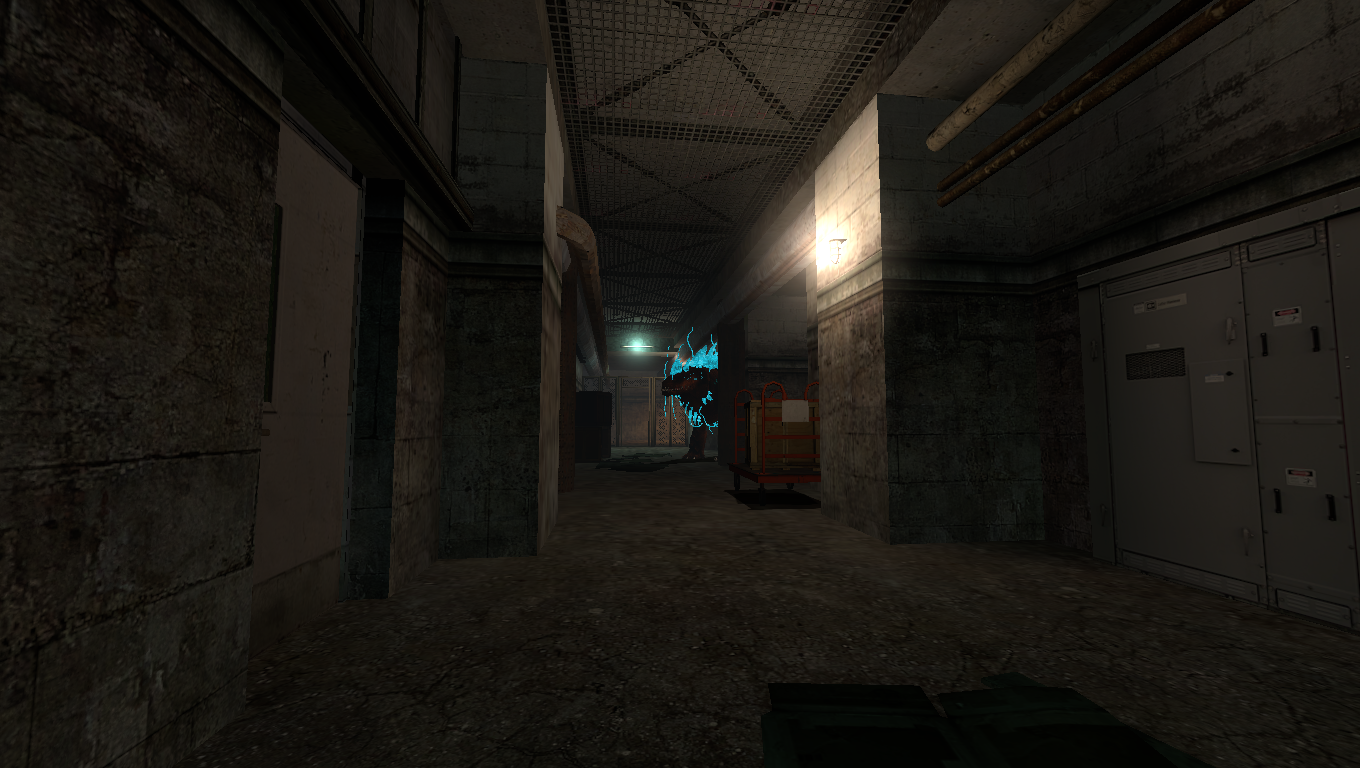 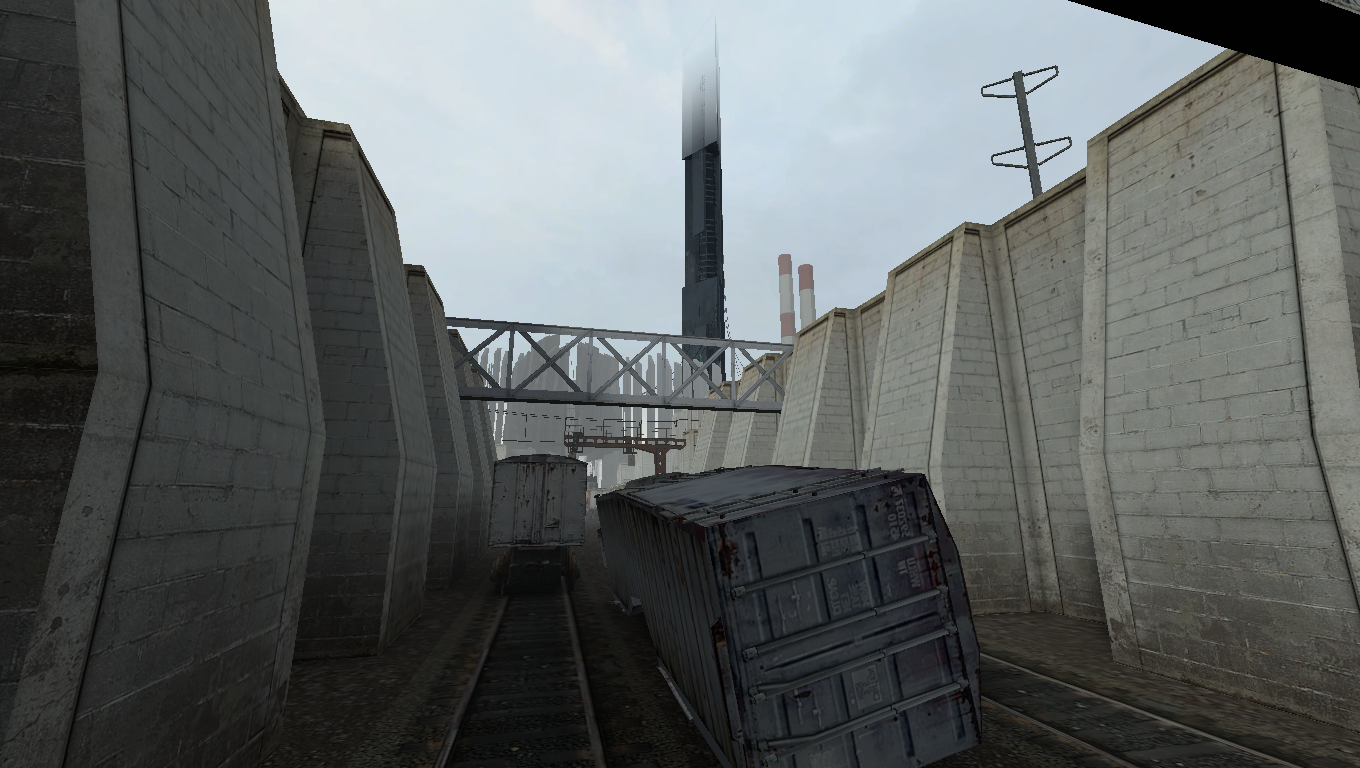 Overwatch Reinforcement. This part of the game will be set far from City 17 and the Player will have to sneak inside a combine fortress that is being managed by the main antagonist of the mod, a lot of plot mystery is going to be revealed at that part. 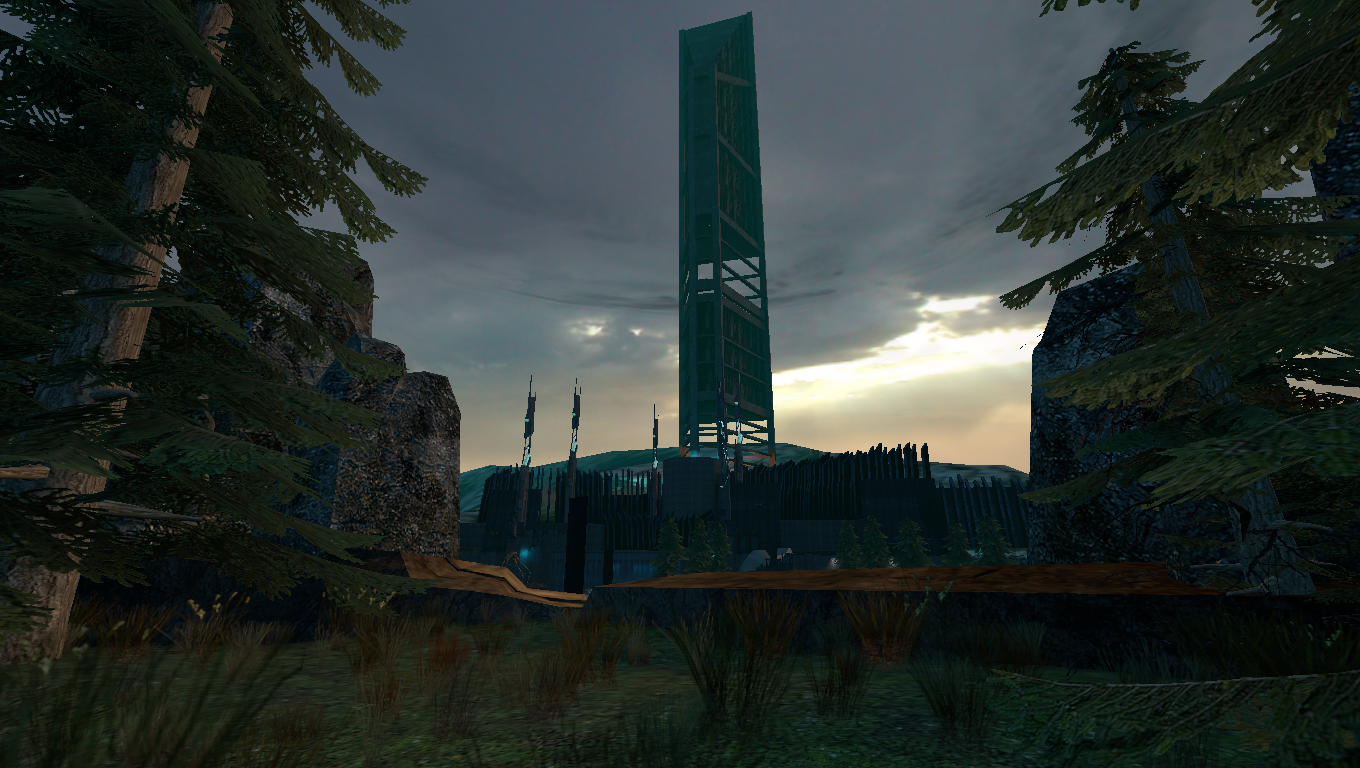 Endgame. Not much to say about it, you will be fighting the final boss and get the final cutscene. 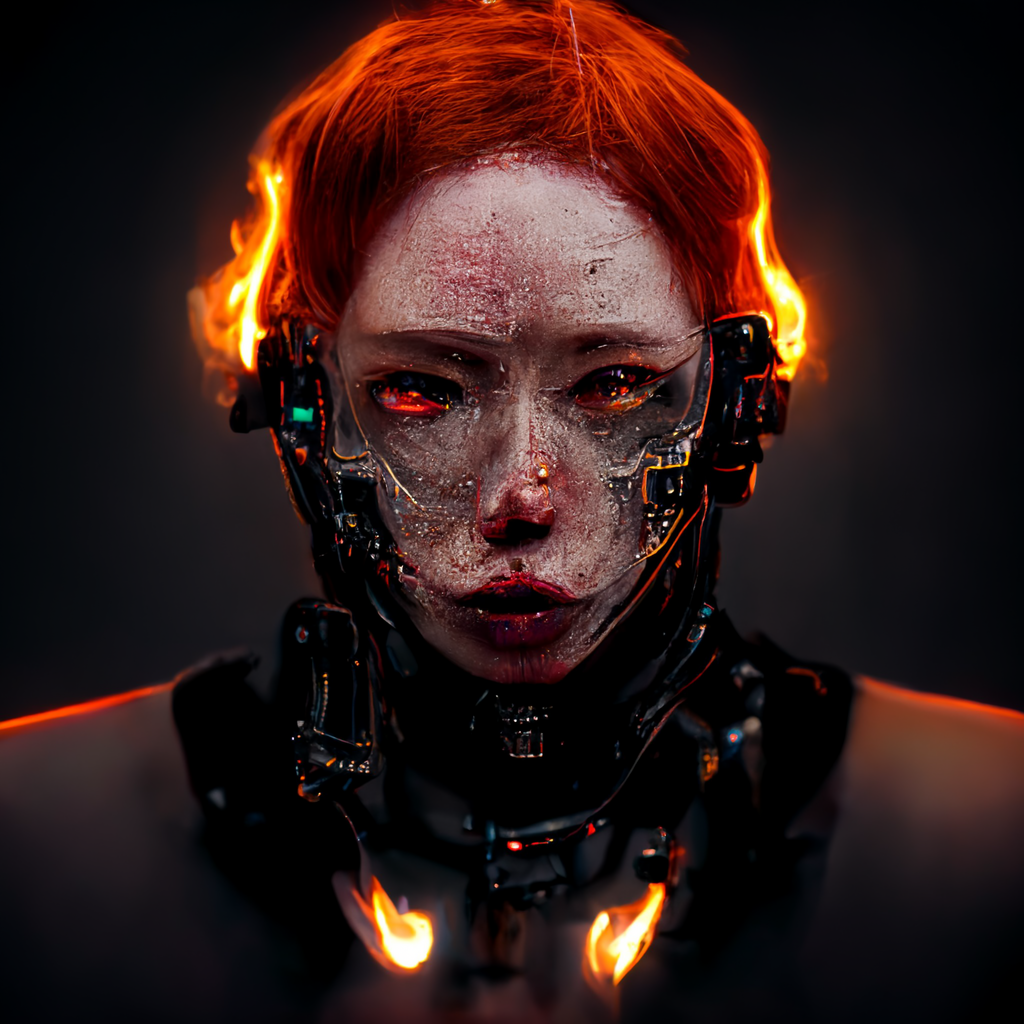 Two of the original voice actors from Half-Life have been kind of enough to lend their voices to this mod and reprise their roles! That being Lani Minella and Harry S. Robins! Special thanks to our casting director, voice actor - Ronald Hamrák for making this happen!

Lani Minella is the original voice of Dr. Colette Green in Half-Life: Decay. Lani will be reprising the role in TTC and her character will explain events that happened after Decay. 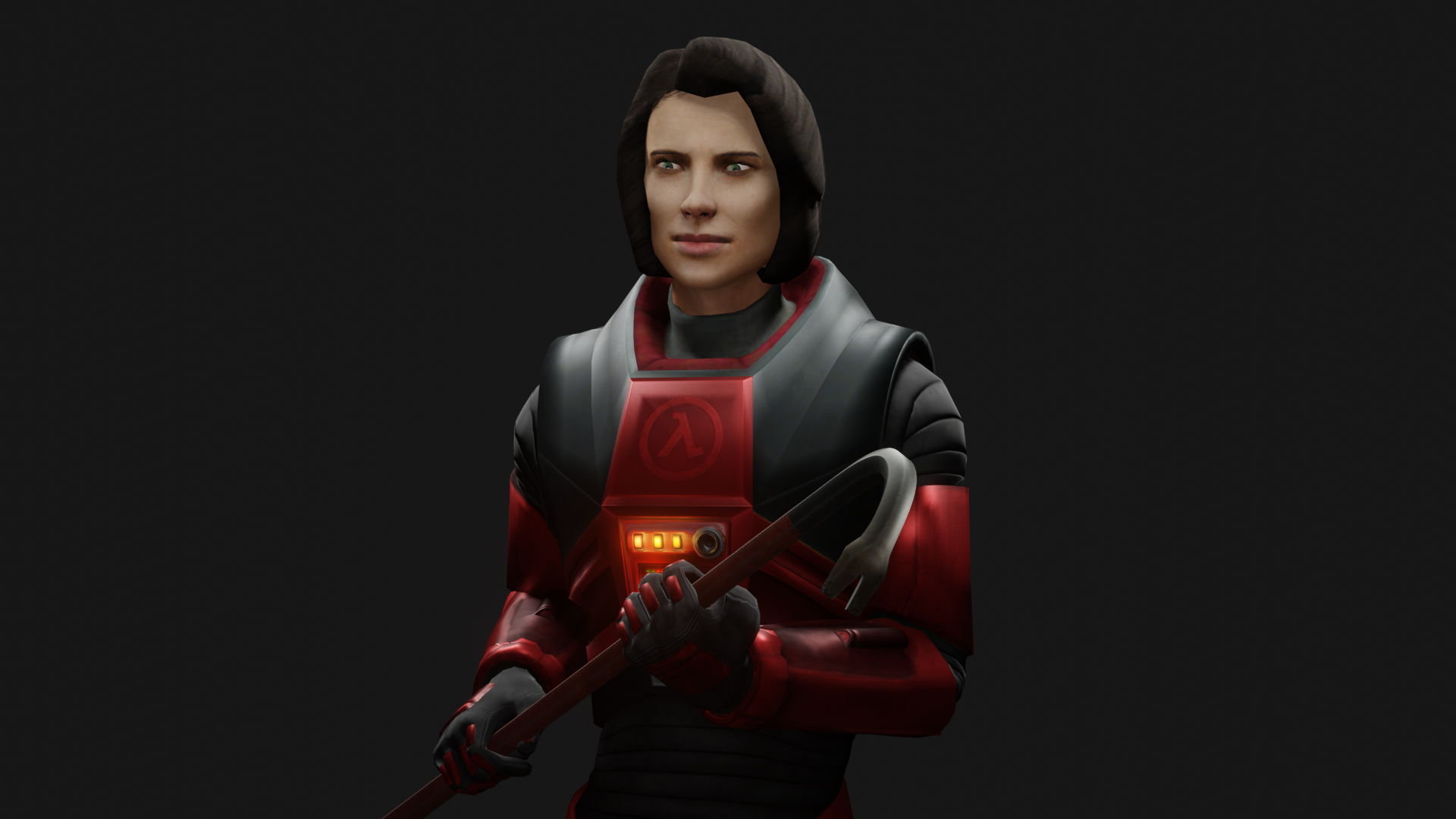 Model of the infected zombie are in 3D model, an enemy that will appear in chapter 3 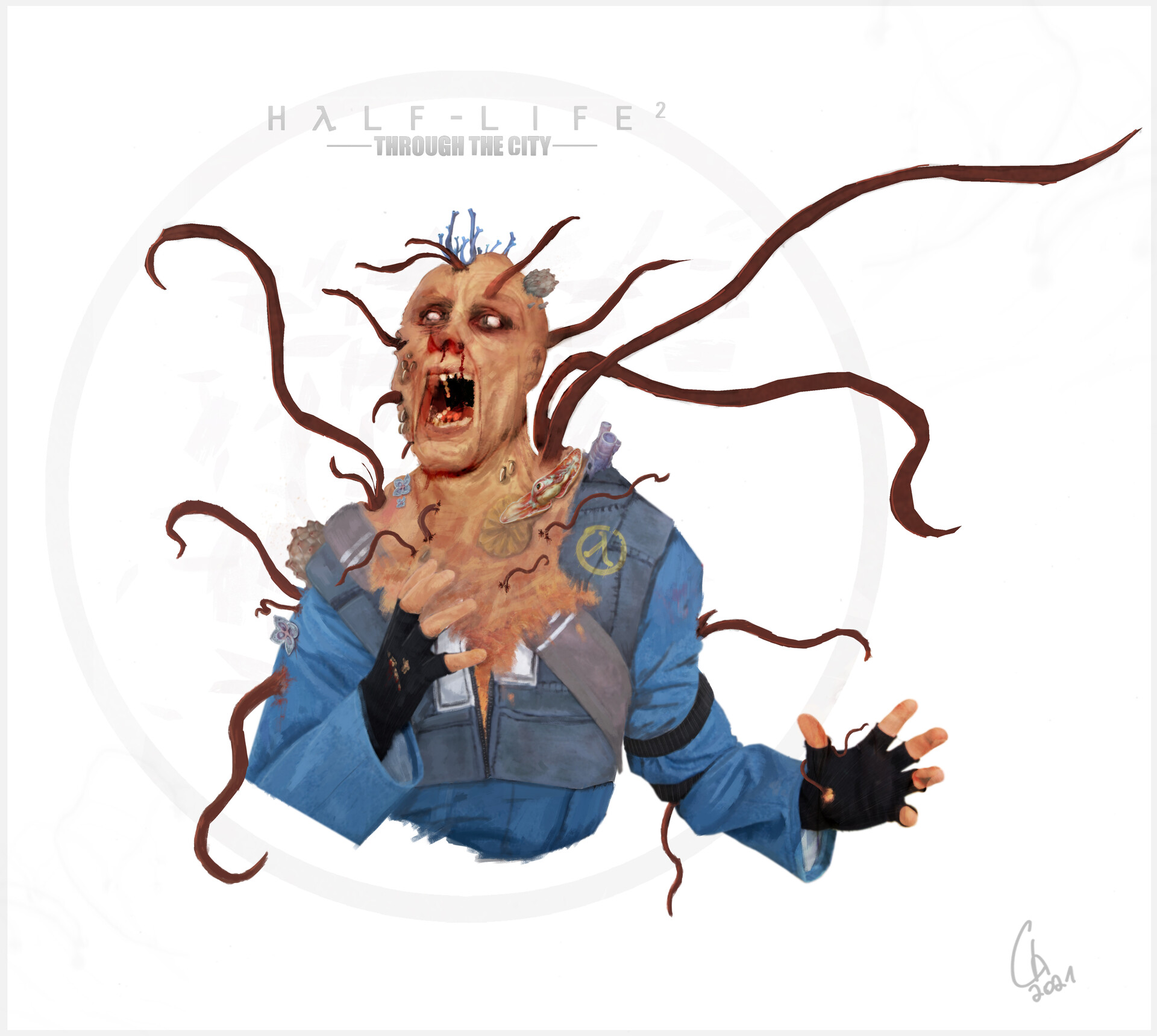 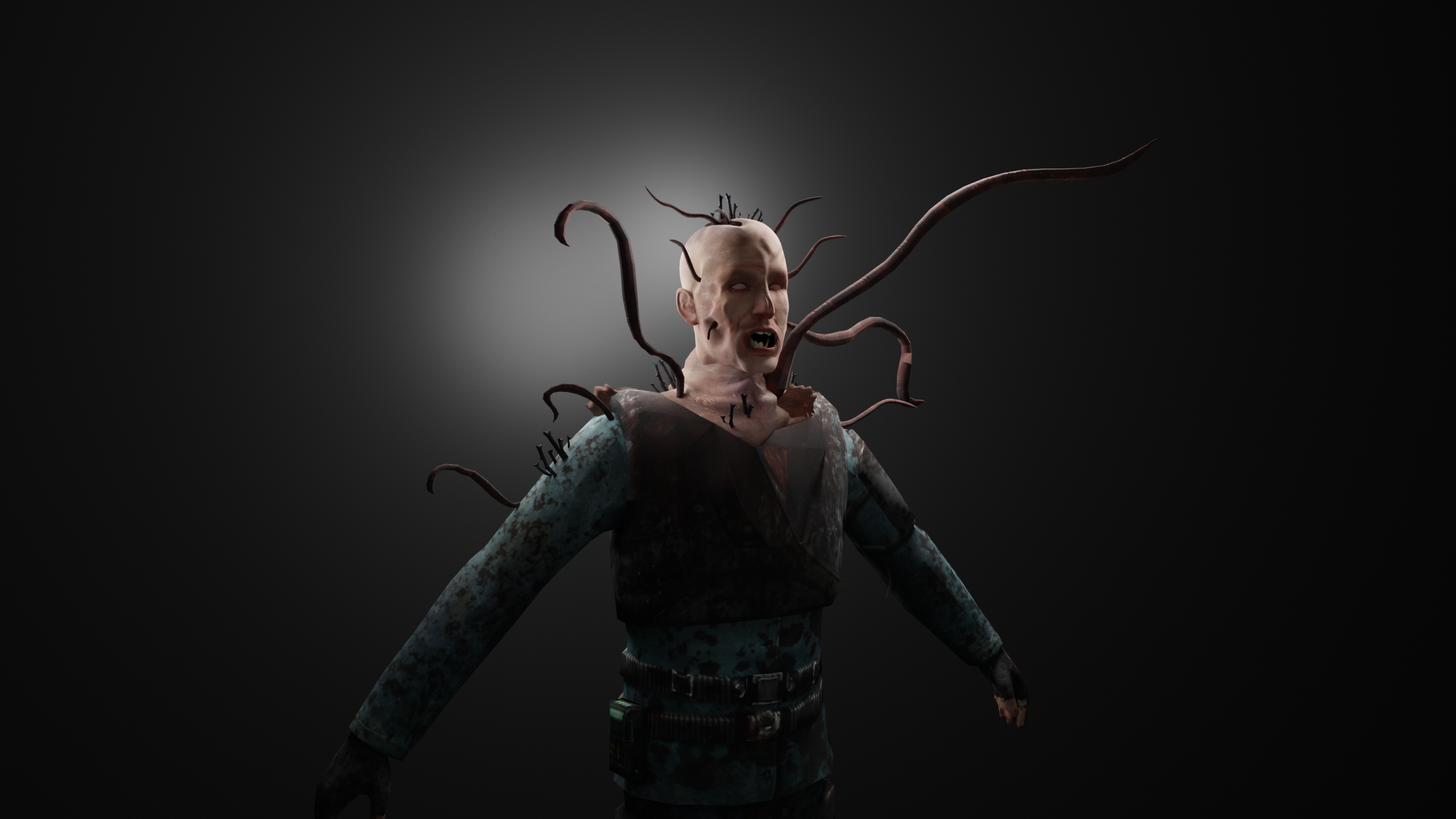 Destroyer is a more mechanical and bigger variant of the original Strider, one of the bosses that will appear in Chapter 4 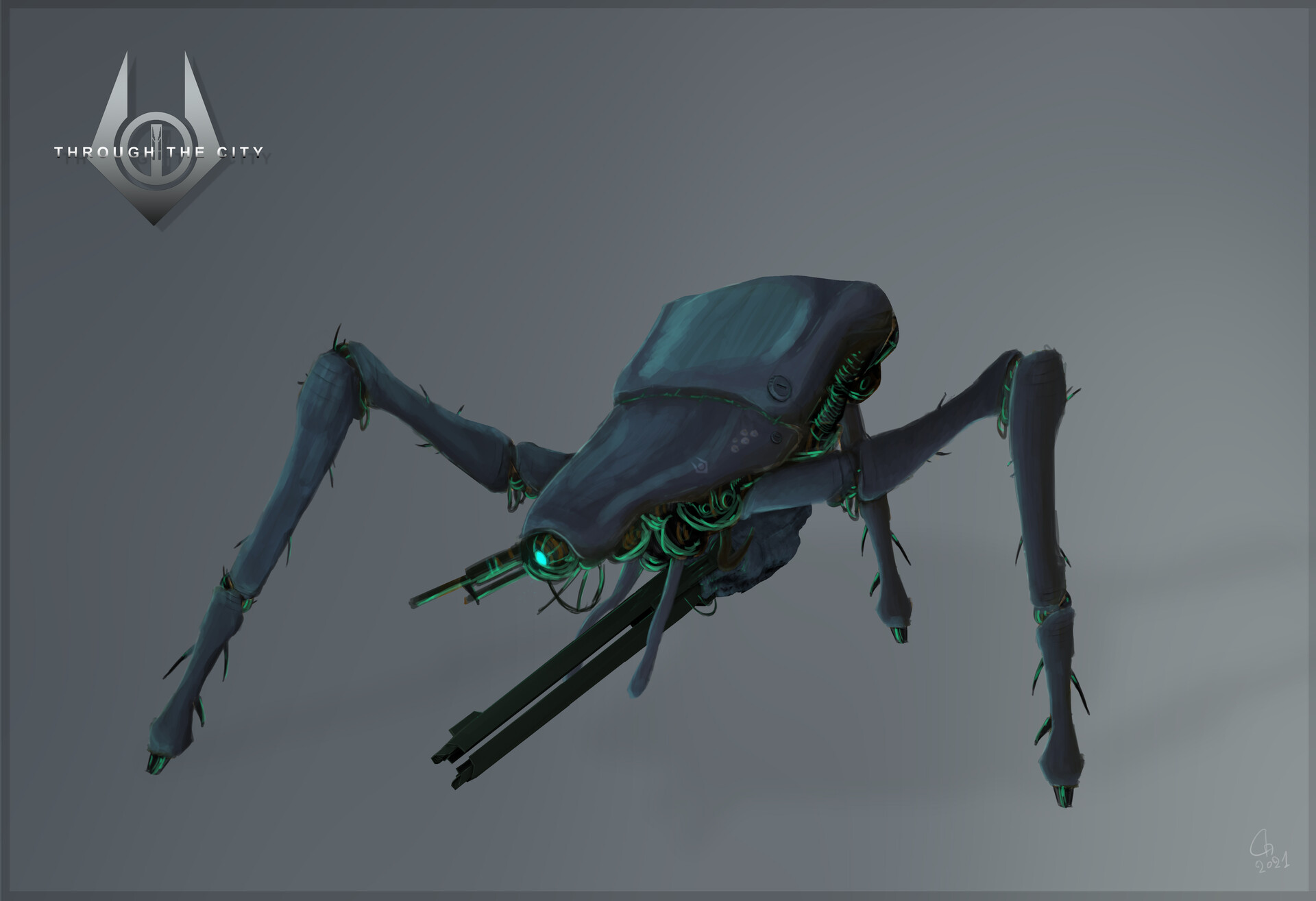 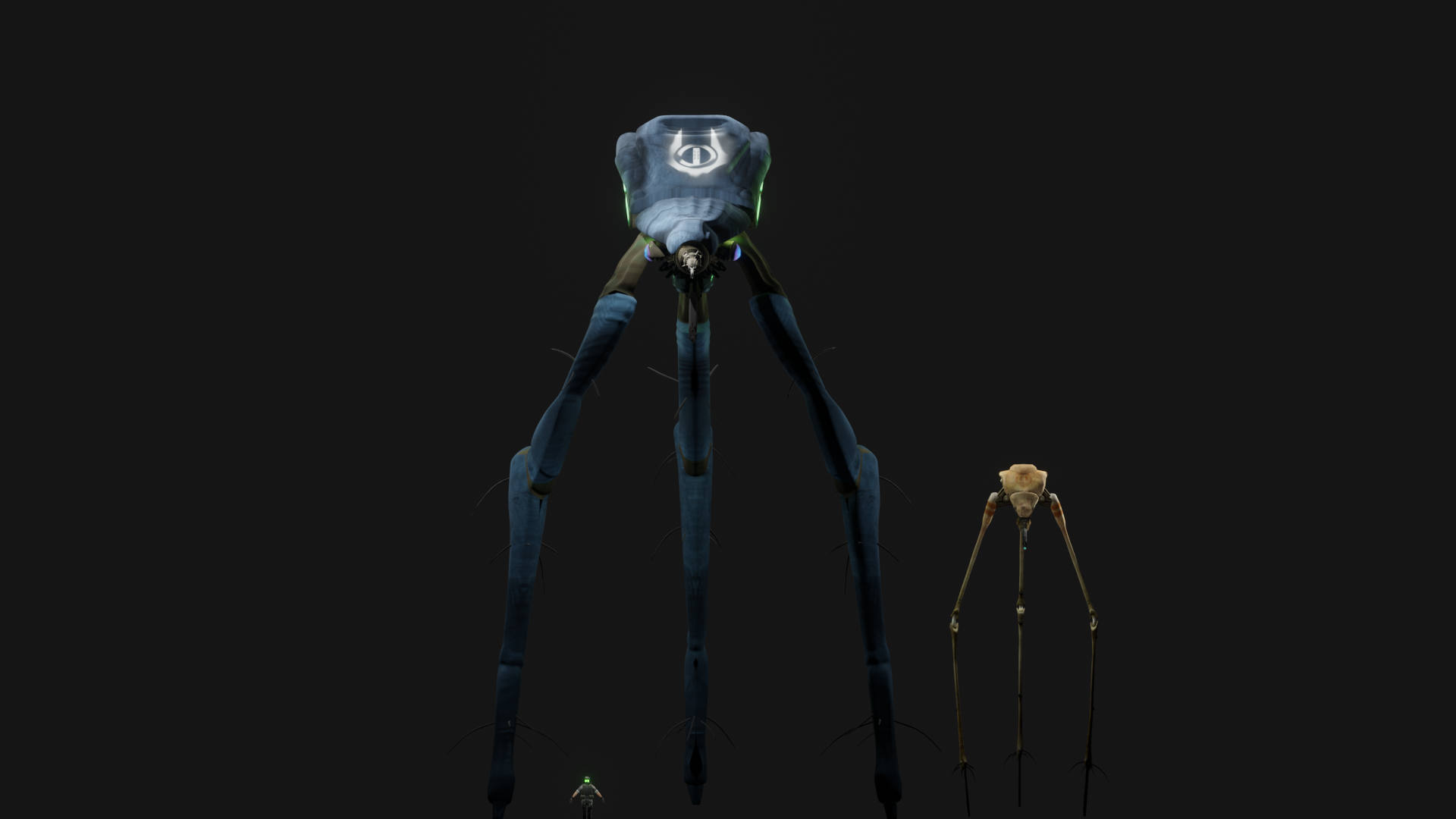 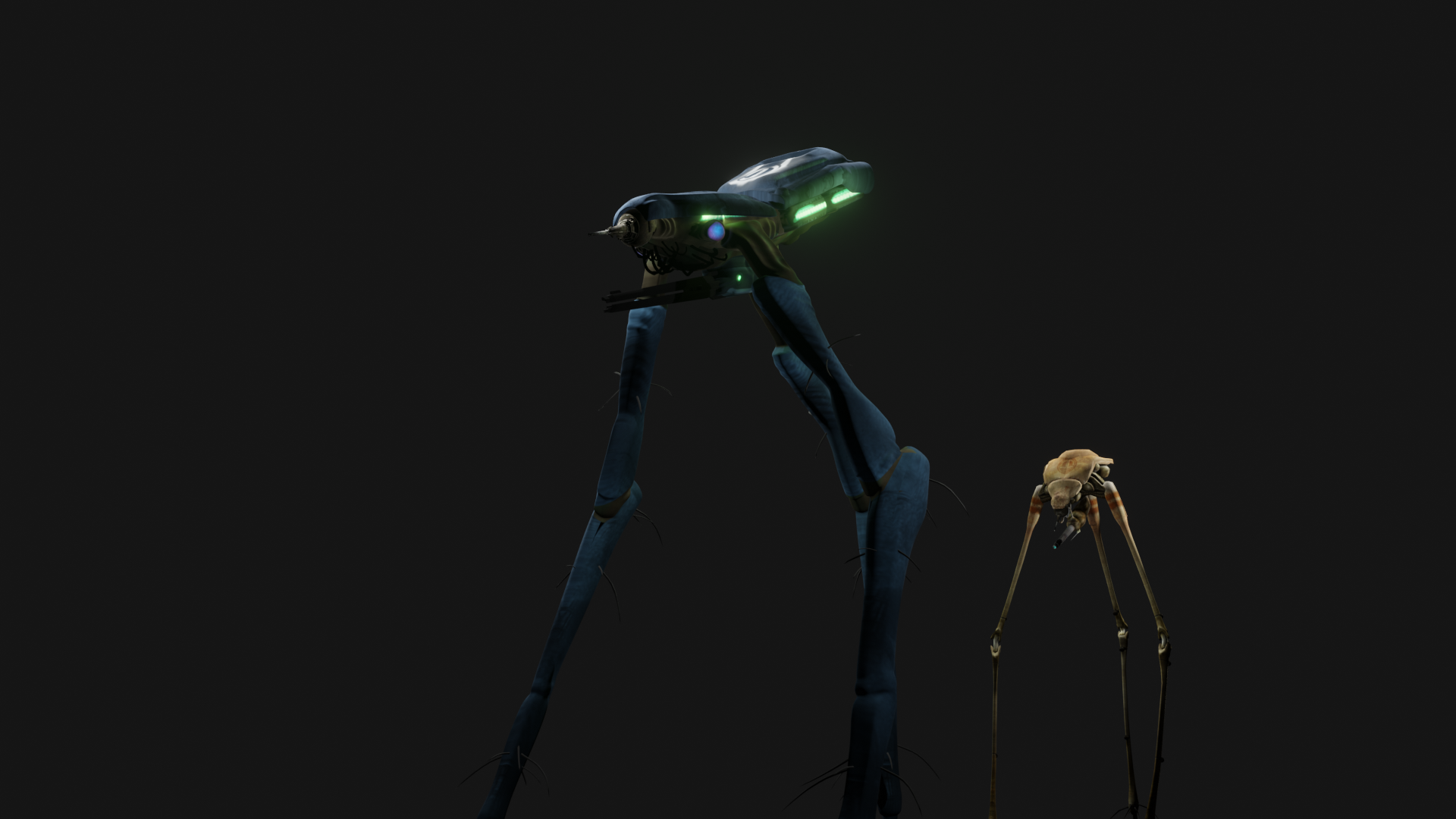 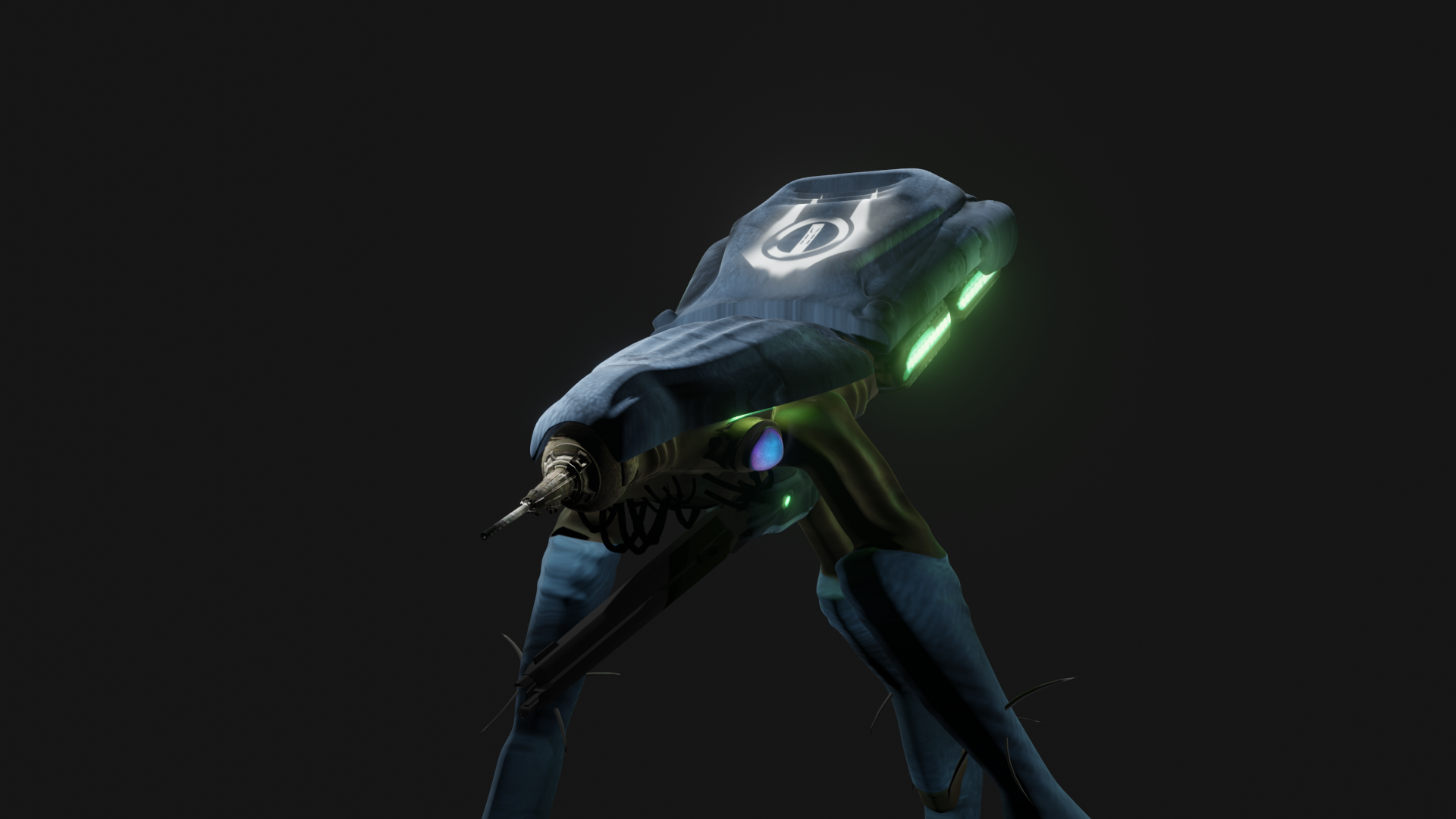 A dead Shock Trooper which’s body can be used by an other entity in the future.... 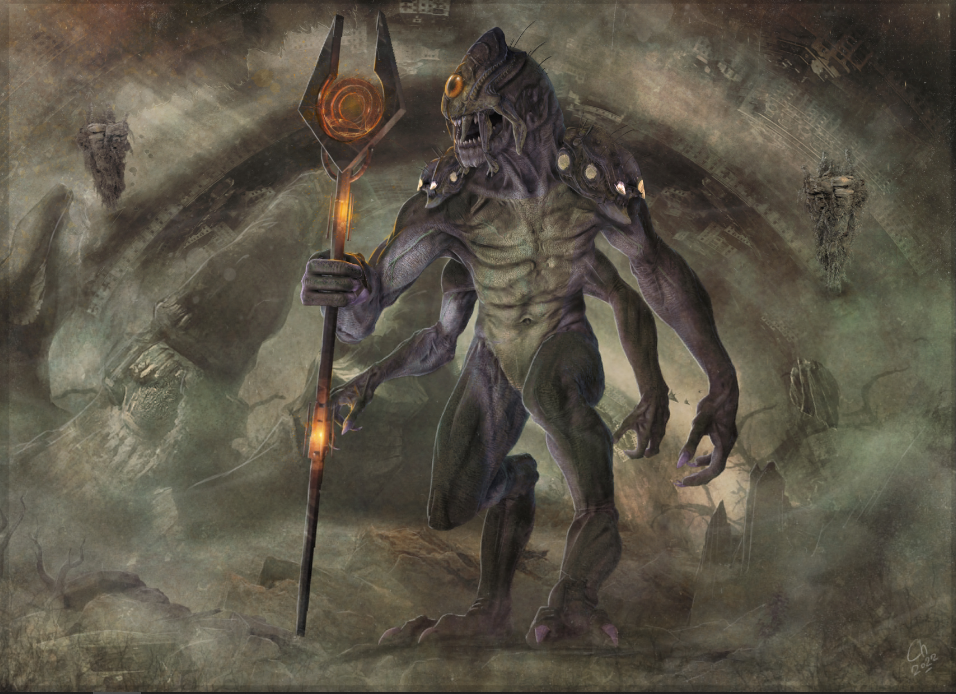 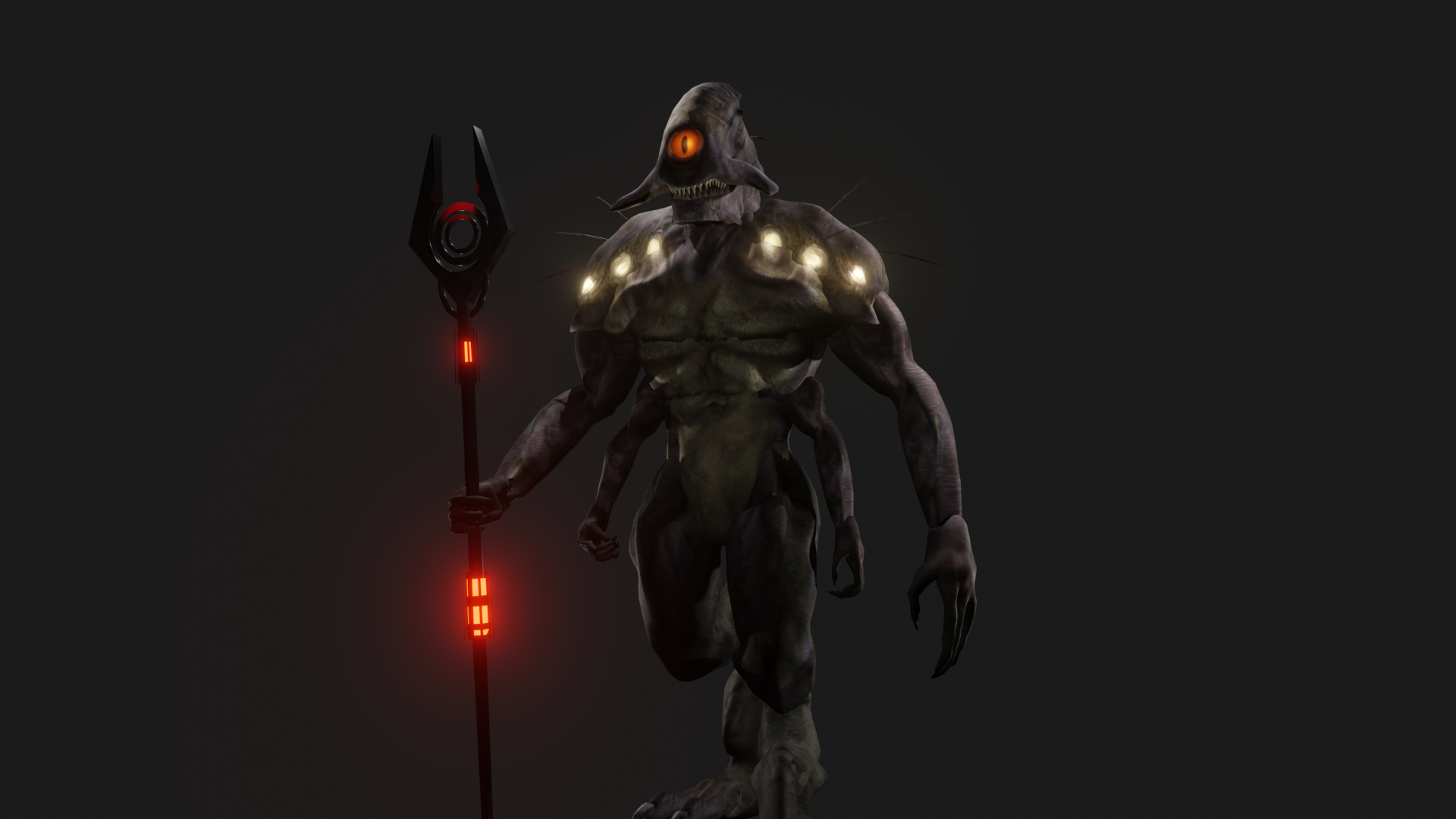 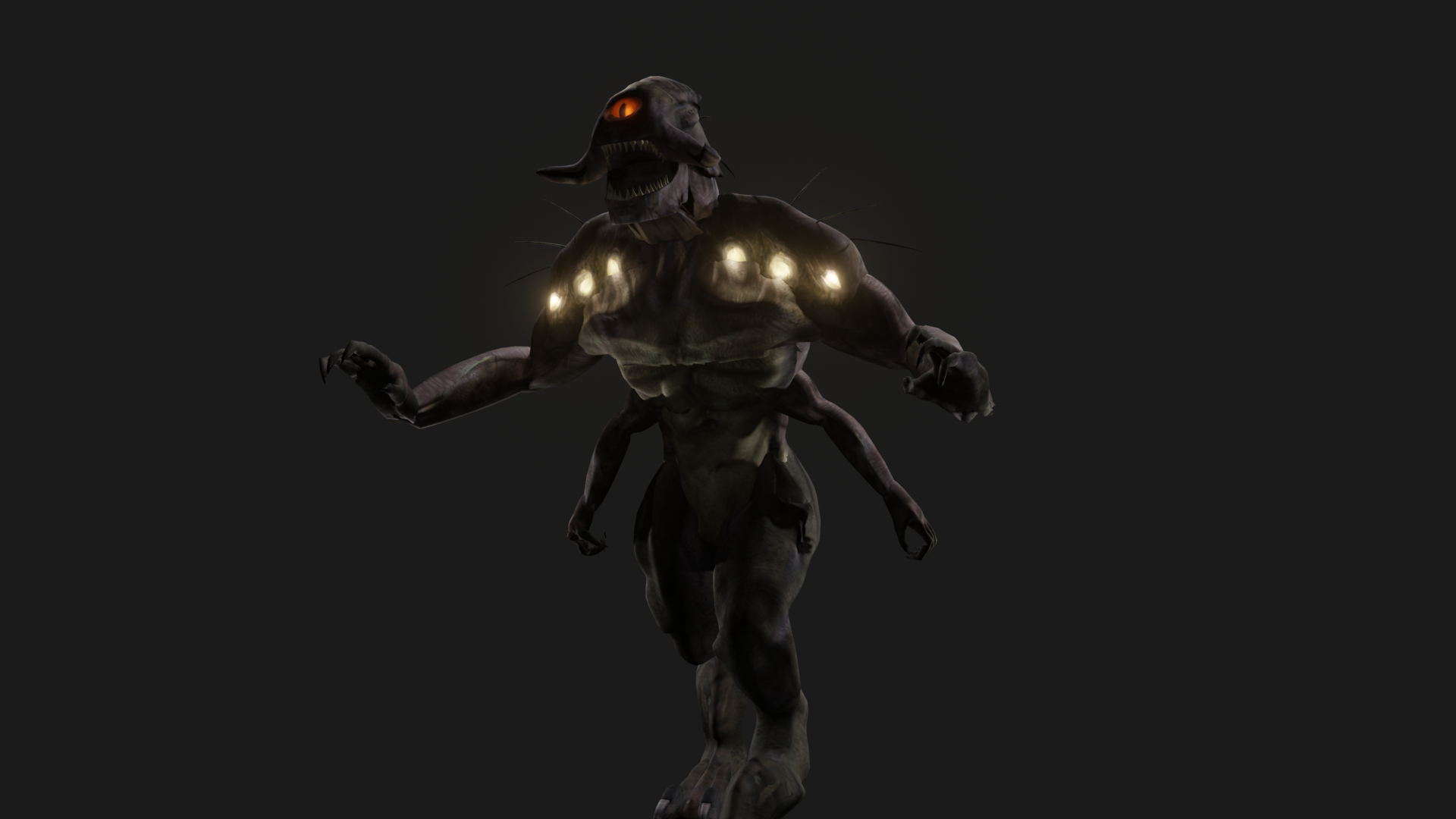 new models and some animations/re-animations some of the custom weapons in the mod that were shown in the previous media update in the screenshots, this time I’m presenting a video of these animations

The first chapter of the mod is complete and playtested, worked hard on this to be as best as it can be, that is why I’m giving everyone the opportunity to play it. Special thanks again to the professional voice actors who were kind enough to lend their voices to Chapter 1 of TTC! - Lani Minella, Harry S. Robins, Corey Cruise.

I’m very thankful for your continuous support on the mod and stay tuned for more info in the future!

- Ronald Hamrak for helping with writing the article.

- Skwallie for all of the Concept Arts

End Of The Year Article

Through The City End Of The Year Article. Future plans, what happened with Overwatch Reinforcement and more!

Future plans of Through The City

The current state and the future of Through The City Mod.

Half-Life: Through The City: The Awoken Demo Slovak Patch

Slovak translation for Through The City Demo - The Awoken.

Half-Life: Through The City: The Awoken Demo Schinese Patch

Warning: This patch is for the Chinese player, don't download it if your native language is not Chinese

Half-Life: Through The City: The Awoken Demo 1.0

Overwatch Reinforcement Director's Cut Version is a cancelled release for Through The City. It was meant to be a second release for the mod improving...

Half-Life 2: Through the City: The Awoken Release 1.1 (OBSOLETE)

The Awoken Release is a Final version of chapter 1, Although it can still have a bug and it's not fully made, It won't gonna have that drastic changes...

This is early version of remaster chapter 1 for the mod. It was planned to release back in 1st december 2019 but it never really happened. The first 3...

This is one of the few mods that actually succeeds on capturing and reproducing how a Half-life 2 game is supposed to play, it's pretty rough but that's expected and i don't think i even need to mention these problems because they're obvious but why not? I'm sorry if you don't want this kind of feedback, i read through you page and didn't see any warnings on that so unless i'm missing some moddb etiquette for being new (literally my first comment) i couldn't know if you want this or not. But here, the VERY minor issues i had on this otherwise perfectly fine demo:
-SMG felt underpowered for the number of Civil Protection officers, it works but not exactly fun to dump a clip on a single officer while we stare awkwardly and shoot at eachother, kinda felt like i was supposed to be dumping my magnum rounds on them but without the alternate fire from HL:OF it's kinda unfun too because it's so slow. I played on hard btw.
-Explosive barrel door puzzle could be more obvious, maybe add an openable slit to the door with a light above it and make the player actually look at the barrels directly though put some glass on it so they don' just solve the puzzle by shooting it there.
-I don't know if this is a common issue but the PCV sound effect for what i think is the laceration line makes a terrible loud static-y noise.
And that's it, thanks for making this experience. I look forward into playing this when it comes out ;)

This is hands down one of the best HL2 mods ever, the quality of this mod is even comparable to AAA games made today, amazing work from the devs.

gordon's HEV was modified to be able to charge with combine technology. Shephard's PCV seems to be the same one from Black Mesa, so it doesn't really make sense he is able to charge it with combine ports.
It would be cool to not be able to charge on combine chargers and wall heal chargers, with only some decayed old places where you can find the old HL Alyx hand wall healer with the grub that doesn't need a port, and the medkits that any civilian can use the same way.
Until at some point you have some npc modify the PCV somewhere along the line, preferable at the beginning.

The citizen's reactions to seeing shepherd were perfect

I have done all the usual stuff for getting this mod to work but it has not worked. I seem to be missing extraction but I have not been given the option to extract, how do I do this? the file format is weird.

Edit: OK nvm i figured it out

The mod starts up, but crashes when it passes the valve logo. Anyone find a way to fix this yet?

set the SDK's beta to upcoming (right click on source SDK 2013 singleplayer in steam library, then click properties, betas and then choose upcoming from dropdown menu)

This solved it for me.
Thanks!

How can I download this mod, I tried to get it on the sourcemod folder but it didn't work.

Single Player
Tags
Embed Buttons
Link to Half-Life: Through The City by selecting a button and using the embed code provided more...