Under extreme circumstances man is capable of anything. War makes monsters of men. And behind most wars lies a single motivation; the greed of powerful men. But war doesn’t just destroy lives. It damages capital. It creates instability. When Kings push too hard they are met with rebellion and revolution. How much easier if men could be created with no sense of morality or self preservation? How much easier if soldiers felt no pain and no fear and no compassion? The ultimate soldier would be willing to carry out any order without thought or feeling. The ultimate soldier would be soulless.

“Soulless” is set in a future world not so far from our own. A major corporation (SID industries) has long been providing genetically modified black ops to governments and other corporations to fight their wars of profit. The CEO of SID industries, a man named Albert Higgins, has become one of the most powerful men in the world despite several outstanding warrants for his arrest. His unusual methods may have alerted some governments but many more are willing to turn a blind eye. But now Higgins has created a new kind of genetically modified soldier. And now all other SID troops are set to become obsolete.

Welcome to the world of Metropolis, a vibrant city ravaged by disease and outbreaks of a mutating virus. Welcome to the life of an obsolete soldier. A member of an elite force created to overcome anything thrown at him. A member of an elite force slated for extinction. Having lived by the command of Higgins and the SID for your entire life you now find yourself fighting not just for your life but for the continued existence of your species. And the only way of doing this is to destroy the Soulless and their creator. The only way to ensure the survival of your kind is to kill Higgins.

Hello moddb. Today we’re bringing you a short update. So as stated before Soulless has been in development for a while now, well finally we’ve been able to put together a short trailer.

The trailer was created by a certain mister Casey Biladeau. It does not show actual gameplay, but what it does show are some of the areas and characters that you’ll be seeing the in the final mod.

Soulless is an episodic series so this is a trailer for the first episode. Hope you enjoy it.

Casey also created a poster for us. The poster is named "Ravaged City": 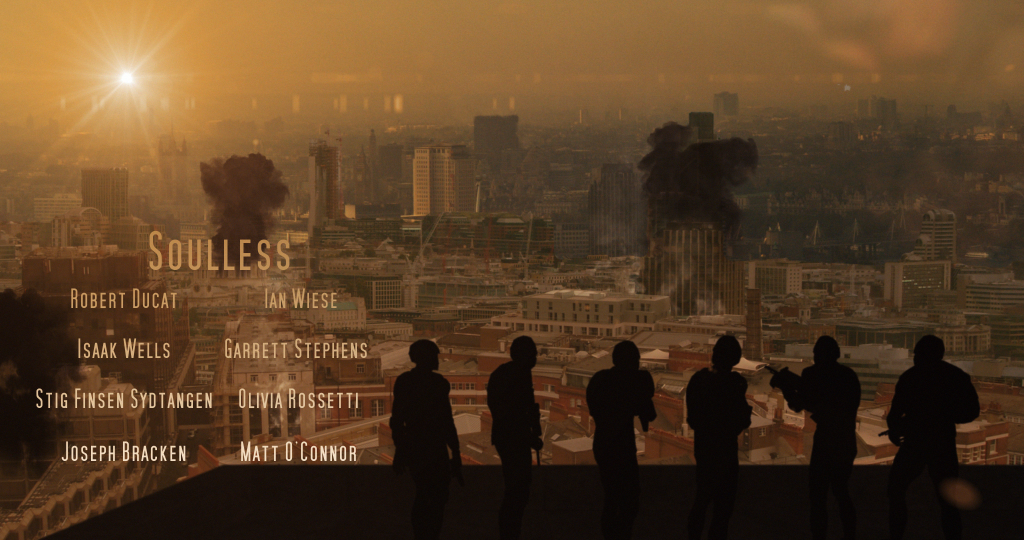 Thanks for reading and watching,
Alfred Turner.

Our first of many media updates. Today we show you two of our maps, explain the basics of the game and show off some of the models we've made.

This mod has many features which add to both the Realistic elements and the Horror elements as well as the comedy elements.

WOW! im guessing you guys might be at a alpha or pre alpha stage but WOW that video looks great!
TRACKING!

Also, it's looking awesome, i'll be waiting for this one!

Have played with the mod and the mechanics myself to get a feel of how we should build and design the maps. I know for sure you all will have a lot of laughs, tears and **** yo pants!

TOC Replacement Ready or Not