Dawn breaks over the lumber mill. The area is relatively quiet after the evening of inactivity.

The few employees that had been present over night were dispatched without hesitation.

Now, the few automated functions of the facility are warming up for a full day's work. But no one remains to tend the business at hand.

Hidden, well within the compound’s borders, the privately funded militia... or terrorists depending on which side you speak with... has started to build up their defensive perimeters.

They are fully aware that an elite special forces unit has taken a portion of the compound and is already establishing their foothold. The confrontation is approaching...

And then they receive word. A merc is in the facility. He doesn't join the special forces team, but offers to aid them for the right price. No matter. There is no time to worry about the roving soldier of fortune. Only enough time to prepare.

Special Forces Source is a new twist to a classic idea.

It will allow two official teams but a third independent group can choose to help either side they wish... The TOBP concept will allow teams to build up defenses and barricades before the round begins.

More information will follow as the project grows. And come join our forum!

Yes we are still working on Special Forces: Source. Just been some time since we had some news to posted. So here two new map wip to show. 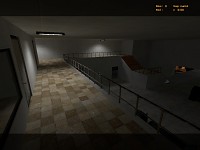 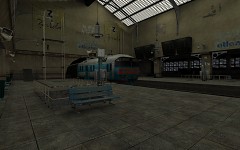 So enjoy the update.
Legend

The results of the first team name poll are in. We've switched to the orange box, and we have some Map WIP to share.

Media and a Move

Attempt #2 at posting the news about our new screen shots and our new website plus recruitment info.

We have some early map screenshots in the gallery now.

It’s been quite a while. Not much has happened with the Special Forces Team or SFStudios.

Even on the team steam group, the last two announcements were two years ago.

The site as it stands in outdated badly and attracting much spam. The .tk addresses have expired. The last news post was September 2011, and the chatango hasn’t even been used since then.

I closed forum registration back in July. And even then, we have spam posts pouring into the forums because they need updating in multiple ways. I actually popped in on one bot while it was flooding the forums with spam.

So, what am I saying? Well, sadly, I’m calling the site dead. I’ll be shutting it down soon. It will be in the month of September as it stands.

Beside the inactivity, the truth is that the steam group now has pretty much all the functions the site once filled. Forums, a chat room, announcements, comments, etc. So too does the moddb profile really. Therefore, I think SF Studios and Special Forces: Source would probably be able to use the steam community and team steam community without too much trouble.

If there is ever a renewed interest in Special Forces: Source and/or Gordon Dangerous, I’ll be happy to host the site again – after some upgrading that is.

However, I will want to see real interest and activity as this has become a security risk and a resource drain.

Sorry again for this decision, but it needs to be made. As a positive, SF Studios will be replaced with a re-born Friendly Garg’s Stories site built from the archive stored on BWL.

So the space and resources are going to a good cause.

I’ll leave the SF Studios team members on the BWL Forums with their special class. I’ll just be clearing the old site itself.
The Wildcat

No we are still working on this mod. We just haven't had much media to post yet.

We're half-way through with the final team name poll (set to close on 15-9-2010). Naming the Mercenary team so far we have a total of three votes, all for Stormbow Multinational.

Well, the poll is closed and the winner by one vote is "The Typhon Syndicate".

Here is some quotes from wikipedia to help explain why I chose the name Typhon specifically when I suggested this name. Just FYI

"Typhon... is the most deadly monster of Greek mythology. Typhon attempts to destroy Zeus at the will of Gaia, because Zeus had imprisoned the Titans."

"His human upper half reached as high as the stars. His hands reached east and west and had a hundred dragon heads on each. His bottom half was gigantic viper coils that could reach the top of his head when stretched out and made a hissing noise. His whole body was covered in wings, and fire flashed from his eyes."

Only Zeus was able to defeat Typhon and trapped him under Mount Etna.

Typhon also had several interesting children, though some are given different parents in variations of the mythology...

The Sphinx, The Nemean Lion, Cerberus, Orthrus, Ladon, The Lernaean Hydra, and Chimera.

Anyway, I thought that these basics would possibly give some decent details for our villain team's naming and fictional organization. One last group to name, the merc's company. We'll begin voting for that poll on the 15th of August.

Right now, we have a three-way tie in the "bad guys" team name poll. The three tied names are... Raven Order, The Brotherhood, and the Typhon Syndicate.

Visit the site to vote.

That map seems a lot like Lockout from Halo 2 :/

I don't know. Looking at a video of this "Lockout", I think the "007 Goldeneye" comparison is more accurate. Eventually, that map will be a long bridge with some battle damage. From what I have seen of it now, the top part may be largely covered, while the bottom part may be similar in many respects to the rail bridge in HL2.