All elements of this mod are to be seen as a remake: next to none of the original graphics or level design from Sonic 1 are present, and instead 99% of the graphics are edited from Jazz art and the level design is a hybrid between the styles of the two games. Enemies and other level objects are included as accurately as possible within the constraints of the Jazz 1 engine, with occasional new additions or modifications in the spirit of either the original or the mod.

Two prominent differences between the gameplays of Sonic and Jazz are that the former can run up walls, ceilings, etc., and the latter has a gun and disposes of enemies with it rather than by jumping on them. These differences remain in SWAG, which features the standard ammunition types from Jazz 1. Perhaps the best way to think about this mod is as Jazz visiting the equivalents of the Sonic zones but in the Jazz Jackrabbit universe.

Unless you're running a sufficiently old version of Windows, you will need the DOXBox emulator, which can be downloaded for numerous different operating systems. Playing under the open-source "OpenJazz" remake of Jazz 1 is not recommended; OpenJazz is far from perfect at emulating the native Jazz 1 levels, and SWAG takes the engine nearly as far as it will go in various directions, including various parts of the game that were never used in the native levels and are therefore not implemented in OpenJazz.

SWAG has been in development--very, very intermittently--since mid 2008. I'm excited to share it with the world at last, as part of Sonic Amateur Games Expo 2014 and in honor of Jazz Jackrabbit's 20th anniversary.

Sonic With A Gun now playable in your web browser!

Play in your web browser!

If downloading and configuring DOSBox and this mod is a little intimidating for you, now you can play Sonic With A Gun directly inside your web browser instead, thanks to js-dos. All levels, secret levels, enemies, etc. are available in this version, just as if you'd downloaded the mod locally; the only difference (besides potential framerate issues depending on your computer/browser) is that your save files will not persist across play sessions. But if you just feel like playing SWAG sometime without needing to do a lot of setup, this is the solution for you! 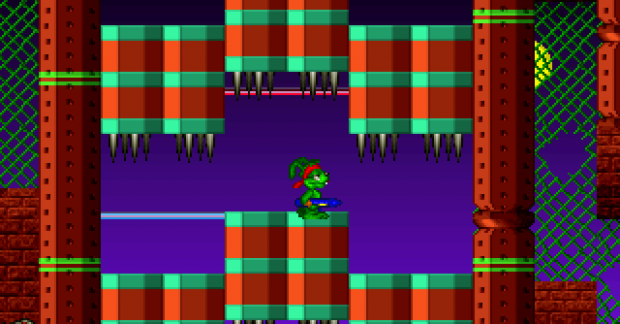 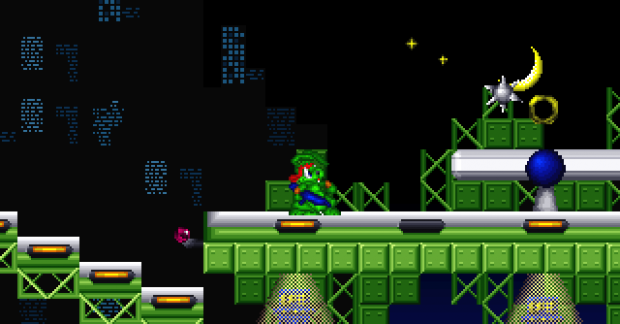 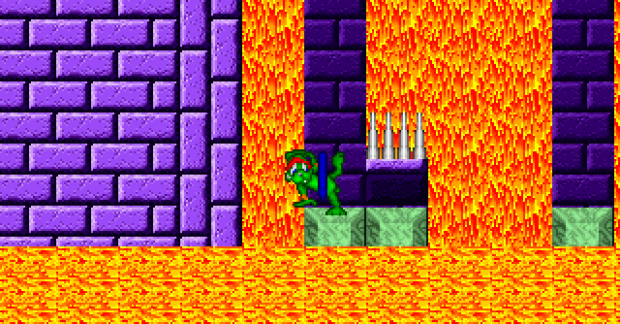 Full Release - Sonic With A Gun

Now you can play Sonic With A Gun, the immense Sonic-themed Jazz Jackrabbit 1 mod.

A speedy adventure full of pits and special mechanics, hovering far above a vast cityscape. Just watch out for bombs and various spiky things.

Mod's half over; time for a water level! Introducing puzzles, a new weapon, and lots of unfamiliar enemies and other gimmickry.

Gravis is a colorful, animated, bouncy planet with a lot of enemies. It's not my favorite, but it's pretty, and it's an interesting look at how to recreate...

A remake of Sonic With A Gun's first planet, this time in the more powerful Jazz Jackrabbit 2 engine. Enemies are smarter, graphics are much more elaborate...

Sonic With A Gun full release

It's finally done! Sonic With A Gun is the world's largest ever Jazz Jackrabbit 1 mod, themed about recreating Sonic the Hedgehog 1 while throwing in...

The original SWAG demo from Sonic Amateur Games Expo 2010, featuring only one planet ("Hillgrius"). This demo is outdated and provided only for reference/convenience...

*In the killer instinct voice*

If you like Jazz (or did so in the past), you MUST download and play this. I couldn't spam it more. :P

OMG! fantastic mod man! will you continue do develop it?

I expect to be developing it pretty much every day until it gets released on the 23rd. :) After that, maybe maybe not.

oh come on man we are talking about JazzJackrabbit a great pieace of story and maybe your mod can become even a piece of story :)

Single Player
Tags
Embed Buttons
Link to Sonic With A Gun by selecting a button and using the embed code provided more...