This mod is a new improved version of JUMPER AND THE CITY development by Deep Shadows™ mod team. It will include the reworked Singleplayer and also new Multiplayer mode. RazorBaze has left the development and gave me the rights to develop it further.

First of all I decided to use the latest version of CryEngine2, so the game will be powered by Crysis Wars. The mod has a lot of changes, the good changes for a better and optimized gameplay. Our goal now is to make the stable version of Jumper with the good frame rate, convenient interface and easy controls. That's not all. Rather we decided to bring the Multiplayer that hasn't been made for last release, and one of our best features is a gameplay based on the Gravity Boots ability and changing the gravity of a level.

At the moment the city in Single player game is optimized to 35 fps at Med Spec on a med-spec machine.

The emphasis is placed on the full elaboration of the interface, reworked and improved gameplay and implementing of the new game features. Also, the multiplayer now has new elements of game mechanics.

I managed to fix almost all bugs of gameplay and game (Improved the new easy to use interface), to optimize the performance of the game and add many new features. The plan also includes changes to remake the city anew, i.e. make the city from the real building to give it a realistic appearance and make the map bigger. It will become more linear, but we will add more quests and interesting battles.

We are looking for talented modelers who want to create something really cool and stylish. If you would like to participate the mod development, you are always welcome in our team :)

This map will be a part of a multiplayer game which will be quite different from singleplayer campaign.

Thanks for voting and helping Set In Motion on it's quest to become the 2021 Mod of the Year. You are now in with a chance to score some free games from our #modlove collection. Help this mod secure more votes by embedding the widget (or link) we have included below on your favorite sites.

JUMPER AND THE CITY - released !

Finally we released our mod ! It is a mix of Mirror's Edge like it must be and a Russian answer to prototype ! 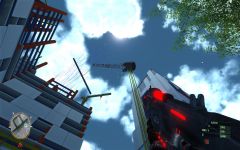 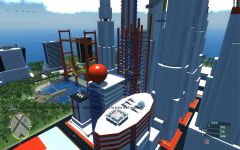 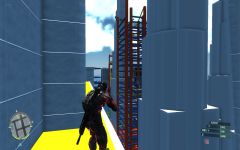 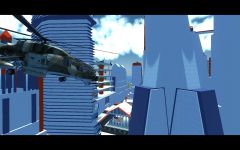 Feel the full freedom and the superman power in the Miracle City. Enjoy the new features such as gravity boots, gravity gun, slow motion and 3rd person camera.

Please take a note that It is compatible with Crysis 1.2 or 1.21 only.
We are working hard now to make the Crysis Wars release including extended gameplay and multiplayer.

After so many years I've decided to release the complete version for Crysis that works with both 32 and 64-bit versions, with some fixes and improvements...

A full Crysis release of Jumper and the City modification.

WHat specs do you mean by a standard machine???

The mod is now registered at the MODDB site :)