The Empire has fallen and a New Republic is born out of the conflict. But in the ashes of civil war, yet another life stirs... A complete remake of Empire at War: Forces of Corruption, including new units, effects, audio, maps, shaders... You name it, it's been remade. New mechanics make for more immersive play and the totally new Mandalorian faction replaces the Zann Consortium in this mostly lore-friendly unofficial expansion mod. THIS RELEASE IS A SKIRMISH-ONLY BETA. Galactic Conquest will be released at a later time.

RISE OF THE MANDALORIANS
A mod for Forces of Corruption

Delete all previous versions of this mod. This is a standalone version!!

Simply delete all files to uninstall.

If you have other mod files in your FoC Data folder, these will override anything that's in the Mods folder, so remove them or this mod may not work correctly.

These install instructions will also work with Steam but it will be considered a "local" mod, separate from any Workshop content you may have installed.

Please feel free to use any assets contained in the mod for personal use but if released publicly in your own mod, credit must be provided to myself or to the folks in the "credits" section below when applicable.

I am not liable in any way for any damage, loss of data, virus, malware, or any other harm that may come to your computer by installing and using this mod. As with all 3rd party software content, this is a "use at your own risk" agreement. Best efforts have been made to ensure that content will work correctly and without issue. 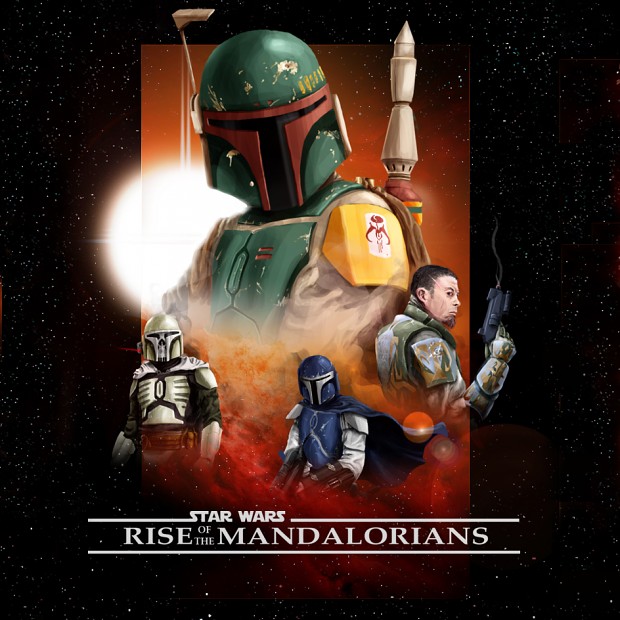 Steam Workshop version is forthcoming, if you intend to use that platform to install.

THE WAIT IS OVER!

Hi friend, I don’t understand how to install this mod, please write instructions for me

Oooh, it's finally out! Will begin downloading once it finished processing. Thanks for your dedication!

And thank you for yours! I know it's been a long wait :) I hope you enjoy!

Yes, we have rebranded!

Thank you Farseer, and cheers to all your hard work, and many dedicated followers whose appetites shall be sated tonight!

Edit: Oh, and of course Kudos to the rest of the team.

I truly hope so! This gap between upload and feedback is always the most anxious time. So much passion has been put into this that I just hope everyone enjoys it!

Edit to your edit: In this case, TEAM does have an "I". lol. This mod was a solo project. There are some valuable people who did advise and at times gift assets but there has never been a team all working on it. Nonetheless, I thank you!

Wait I thought you said it would days before we saw anything.

Well I mean, I can remove it for a few days if you like? Lol

This shall be a day long remembered, Moddb has seen the release of the Rise of the Mandalorians Definitive Edition.

It has become more powerful than you can possibly imagine!

Oh. Its on now

I expect some lets-play footage ;) lol

I found a small bug: the first squad that you place on the battlefield doubles it's own cost in pop . For the first time - when placing, the second time - at the end of unloading from transport.
It's work for infantry 1 pop squads.

Can you tell me specifically which unit does this?

This bug is present in almost all mods. I believe it has something to do with the container or transport unit Im not sure its fixable.

Yeah this almost sounds like an issue with the base game. I will take a look nonetheless and see if its fixable.

Upd.
I didn't have time to play a lot today, but I found another bug and one small graphical error.
The graphical error is noticeable when playing on winter maps: winter bush shows the upper border of it's sprite.
Another bug concerns the Mandalorian anti-infantry turret: it doesn't turn towards the enemy and doesn't attack, even when I point target manually.

I definitely don't have that issue with the turret on my end, neither do the people I have tested with. I'm really not sure what would cause that.

As for the graphical error, can you private message me a screenshot of what you are seeing?

Hm
I checked the turret again on the same map and it work now.
Strange.
Does it's weapon have a dead zone?
Because I am ready to swear that I saw a rebel infantry squad attacking the turret from close range, and it didn't even turns in their direction.
Is there anything that can turn off the turret in the early stages of the game?

Yes, of course, here you can see this thin lines.
Hkar.ru , Hkar.ru

The weapon does have a dead zone if you are VERY close to it. This is true of the original game too. Otherwise it should always work.

I see the error on the grass there. Looks like a UV or texture problem. Easy to fix. Thanks!

UPD.
Also I often encounter the fact that my infantry, including the AT ones, don't attack the turrets.
Is this normal?

Neither of the ground commanders have new models. I wouldn't be surprised if he removes them entirely, though I rather liked the ground commanders (much, much more than the space ones, at least). Would be cool if they got a modified (shorter-ranged) version of Ackbar's concentrate fire ability or something.

In fact, I can agree with the removal of ground commanders as a "regular" unit, but it would be great to have kinda "heroic" version of it.
Btw, I am more saddened by the fact that AT-AT no longer drop infantry squads.

The infantry drop ability was removed because it was extremely bugged...since the release of the game. It would often lead to the ATAT getting stuck in places.

They were meant to have been removed. They will return when Galactic Conquest is released. Not sure how I missed that one...

Interesting... Infantry idle animation glitch on the snowtroopers. Will fix. Thanks!

I apologize, but what about anti-infantry turrets?
I checked the rebel and imperial turrets and they killed the infantry in large numbers, but the soldiers didn't attack them.
Even nova-troopers didn't shoot at turret.
Turrets can take damage only at the line of fire (for example, close to another building that can be attacked).
At the same time AA- and AT-turrets don't have this problem.

I haven't encountered this so let me do some tests.

Awesome! Now I must play near-endless skirmish matches as Mandos to psych myself up for the future campaign release.

OH MY GOD!!!! I've been looking forward to this for years....well looks like I won't be sleeping well, amazing work and thanks so much for releasing this

Sleep is good...Mandalorians are better :) You're welcome and I hope its all you've been waiting for

My heart rate just spiked when I saw the release. In the best sort of way. My body is ready. :3

Keep a defib on standby lol...i dont want to be sued XD haha

Farseer, thank's for developing this mod over the course of ten years. You just rock man^^
Your mod is just great, the artwork, the unit stats. Just incredible and amazing work!

PS: The Basilisk war droid destroyed my T2B-Tanks (first match, I'm no rebel scum!) and surpirsed me very much :P

Oh yeah, the Basilisks are expensive but...well they are Basilisks haha. Get rekt T2b!

Congrats on the release! It's been a long road there mate, well done.

Thanks man! Appreciate all your support.

Damn dude, I love your artstyle, all the units look so nice and you did an amazing job on all the structures! I have to ask though, if I remember correctly previous versions of the mod had jacen and jaina solo, will you be incorporating them along with the campaign?

Unfortunately no. The hero roster is very balanced now and the game can only have so many units before it becomes unstable (starts to lag, crash etc). So the current roster will be final. I am glad you like what you see though!

Fair enough man, thank you for all your hard work, I am looking forward to the full release!

Another piece of absolute brilliance, Farseer. Just like the previous version, this version is perfectly balanced and everything looks great! This is the only mod I have ever given a 10/10, and it definitely deserves it. Great job.

Wow thanks! Glad all the waiting was worth it.

One of the most polished and balanced mod releases I’ve seen in years. Everything looks and feels great. Each unit feels like it has strategic and useful place in the mod. I actually want to use some of the smaller frigates now because they are useful for certain situations. The visuals and sounds are stunning (Mustafar and Onderon are my favorite maps). This is probably my favorite mod for this game. Keep up the great work! P.S. Boba Fetts “invulnerability” says the Millennium Falcon not the Slave 1 in the description. Not game breaking just wanted to let you know.

Lol I forgot to update that description when I moved the ability to Slave 1. Thanks for pointing that out! I'm flattered by your comments and glad you enjoy the mod!