The goal of Resistance and Liberation is to realistically portray the events and actions taken by the 82nd Airborne during their stay in Normandy. Our initial release will follow the regiments through a campaign that mimics that followed by the men themselves. The campaign will begin with players dropping into Normandy in the early hours of June 6th, with the ultimate objective of capturing the town of Sainte-Mere-Eglise. From there subsiquent maps will include missions based on other key areas after the D-Day. 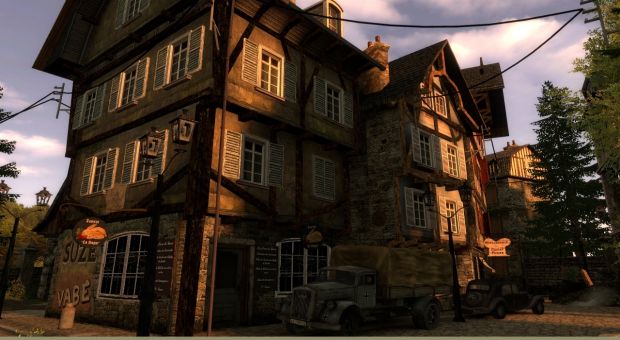 can't wait to blow that place to hell ;)

excellent work on that building!

Just a brilliant game i love this mod!!