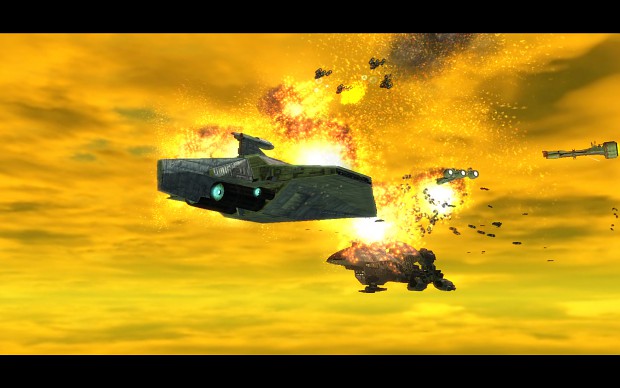 And we care why

Anyone else that want to discuss cheese.. again? ;-) And nice work Z, I like those explosions you got there.

I remember someone commented on a sky like this said it was like his pee... I wonder what he was smoking.... XD

does that mean there's no ground just space battles

What are you talking about? Of course there will be ground battles! Didn't you see all the ground units? This truly will be better than the game itself :)

He means just for that planet in particular, not the whole game.

There could be a platform like bespin. then again, idk