A fictive story presenting the USSR's final attack over the US at the end of RA2, ended with its fall and the birth of the Brotherhood of Nod.

Its been two years of inactivity until now and since I'm as good at PR as a Wookie, this probably isn't the best way to crack the ice.
Guess I did it anyway, eh ?

Well, straight to the point : I've been working on the project behind the scenes these past years but I haven't done any major updates because, well, there just wasn't much to show.
Now, you might ask : "But if you don't have much to show, then why do you say that you've 'worked behind the scenes' ?"

I've actually tried investigating other avenues of development, like UDK, Source and Unity.
If you want to know how that went, suffice it to say that this news post is not about Red Phoenix moving off of Renegade. 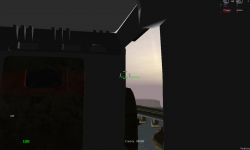 In other, more juicy stuff, I've layered the first mission of the Soviet campaign (the Prologue). You basically start-off as a Spetznas soldier (think Borris) in a military base on the outskirts of Moscow, right before the Allied invasion. Your mission is to switch roles with the Elite Kremlin guards and secretly evacuate Premier Romanov while the Guards escort a look-alike. Since I'm following the canon ending, we all know how this ends eventually. You'll also get a short glimpse at Kane, but more on that later :) 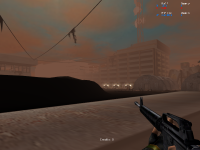 Also, I've thought alot about this in the past, trying to weight the pros and cons; I have a alpha build of the project that was done in a rush for a presentation. Although its a bit old, its the most complete one yet. Still, its alpha material so it might not be exactly what some of you might expect.

Regardless, I've decided to polish it up a bit and release it. Any kind of feedback is a thousand fold appreciated !

Expect more on this in the comming days !
BogdanV, out.

Red Pheonix rises from Ren2 Mod's ashes, mod meets FMVs with Commie briefings and finally we take a ride through some older maps.

Hi there ! This news release is the 1st in a weekly series of news updates that should keep you up to date with the latest in our development. But enough...

A quick fix addressing several of the known issues in this build. To install, simply extract to your game folder, overwriting when asked. Fixes : - Added...

This is a custom Alpha build of Red Phoenix prepared for a local exhibition in 2009. It is in no way representative of the current state of the mod. It...

The Tech (Neutral) Oil Derrick. If captured, it gives a constant flow of credits to the owning team. Allso, please secure your weapons whille being in...

Well, in the "Improved dynamics for props" news post, I promissed a recording of this. Well, this is it. The props "in action" . Sorry...

This is the presentation form in 3dsmax for the current state of the Allied GrandCannon. It is a short (6 seconds) clip in which I wanted to present the...

I feel bad for Bogdan, he's been working on this mod all by him self for something like 6 years and it still looks nothing like complete.

I suggest you get some people to help you.

To be honest, I tried running a recruiting campaign back in the day, but just about everyone was already too busy with their own projects.

This project has turned out to be more than just a mod; its like a never-ending experiment, a creative workbench of sorts on which I could build new ideas and improve old ones.

But don't worry, I'm not letting myself get carried away, this project will go on, even if Gabe Newell himself will have to rename Valve Time to BogdanV Time !

Ok, maybe that was a bit exagerated...

Holy ****. A real nice update. And the Barracks are looking fine,too. Well, are you going to switch Engines or not?

Anyway... I'm happy that this is still alive. Looks like it's worth.

Thanks! I'm glad there still are people interested in the project!

As for switching engines... well, that was my idea of a joke. I tried looking for alternatives. Its always good to keep in touch with technology, but no, there won't be switch. Not in the forseable future anyway.

Switching engines means that I'll have the "bonus objective" of coding the wonderful C&C Mode from scratch and that by itself will set this project back a fuckton of years.

Well, its still in development and the weapons list isn't locked down (sadly xD). Also, this mod aims to tie RA2 to C&C1, and since the GDI Minigunner carries a version of the M16... oh and there was a M16 model in a Renegade cut content pack made by Westwood.