RealRTCW 3.1 is now available on both Steam and ModDB! 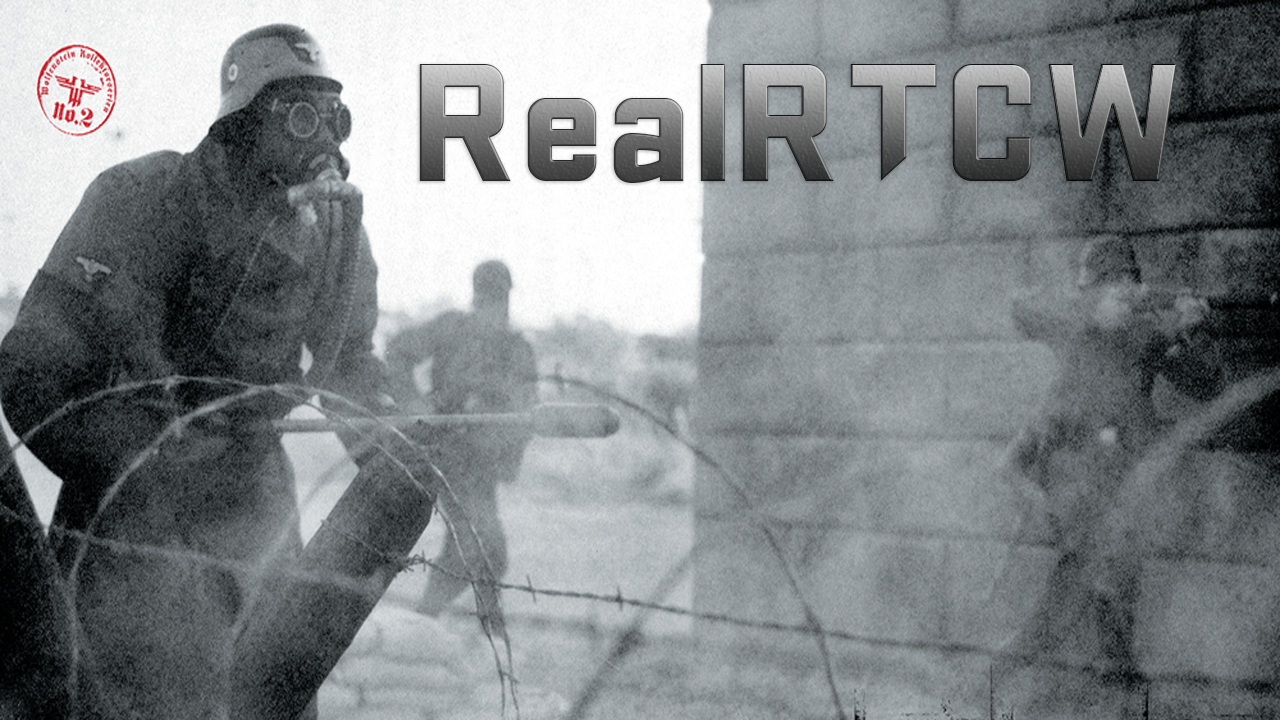 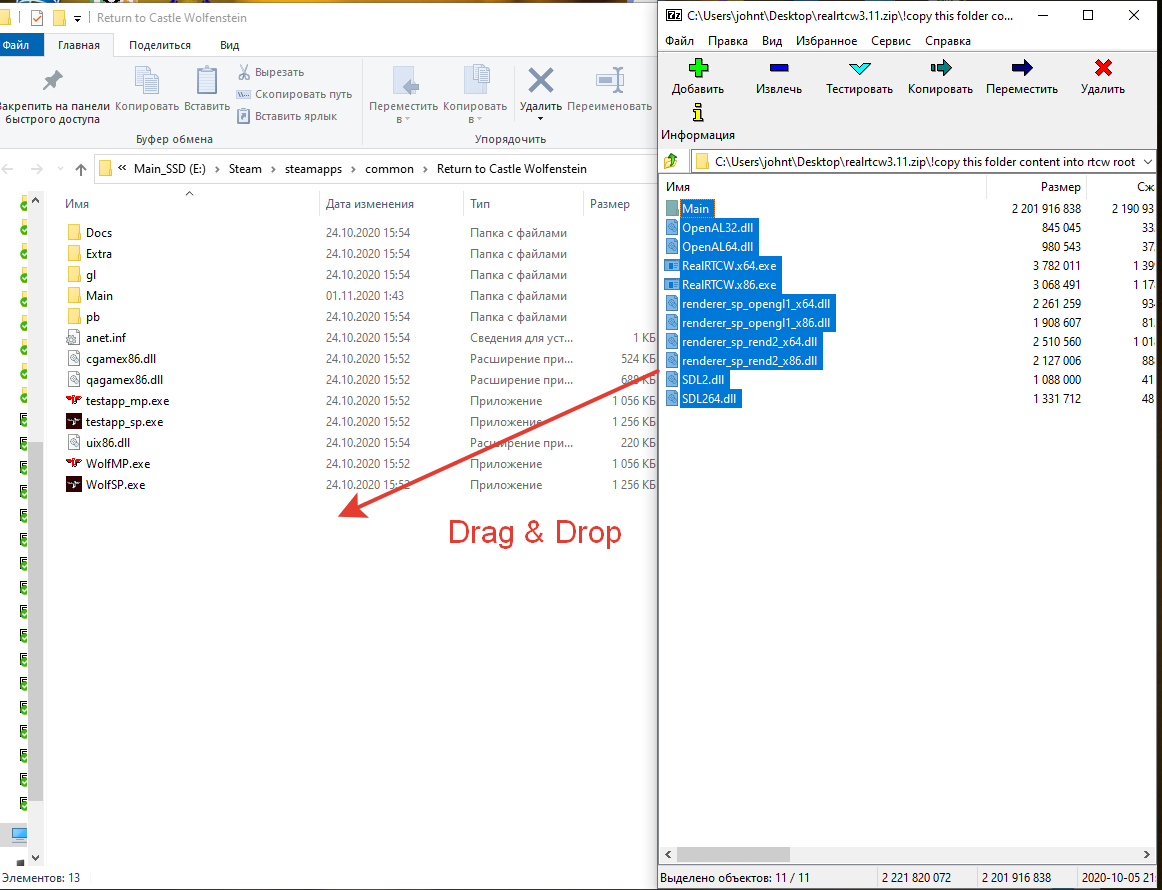 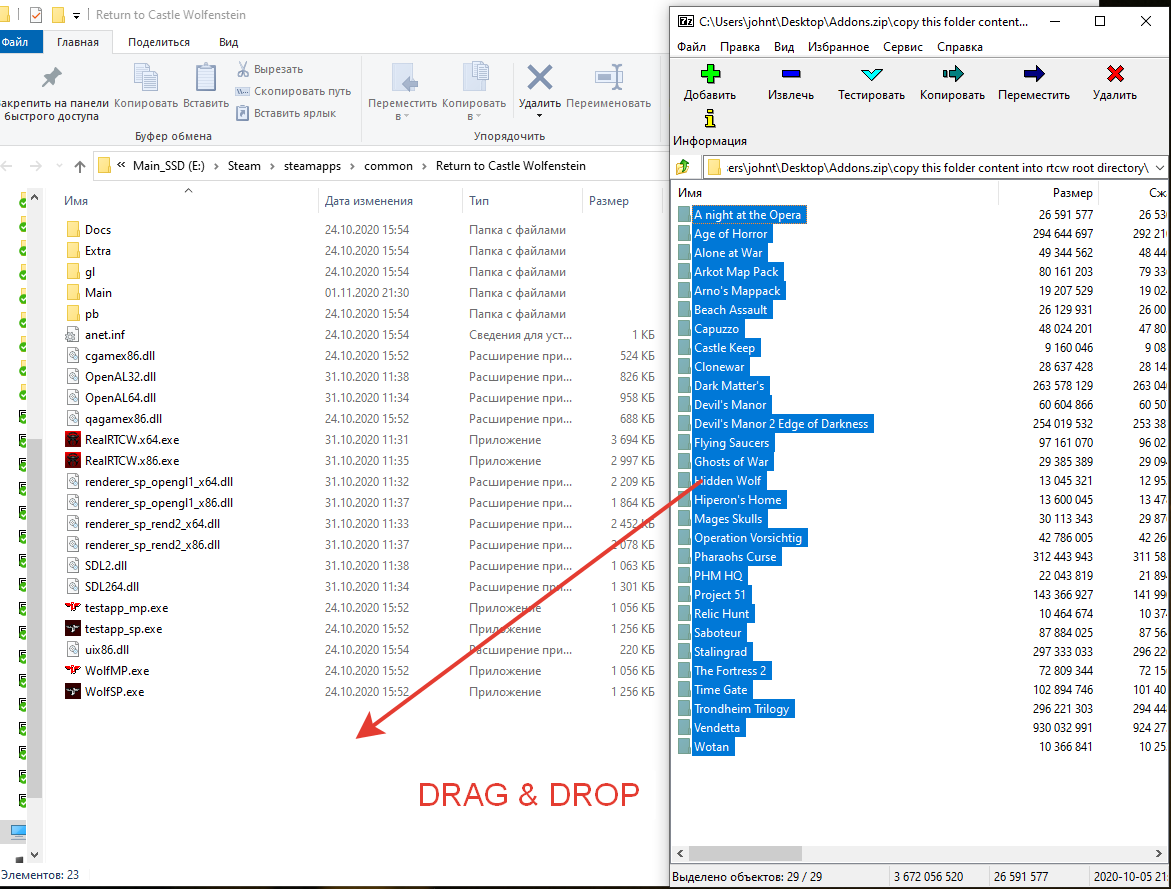 3) What's the difference between Steam and non Steam version?

Apart from the Steam specific features like Steam Workshop and Steam Cloud - there's none. Steam and ModDB versions are equal.

4) How to play with the controller?

After you loaded up the game, open the console with SHIFT+ESC and type in:
"/exec xbox" This will load up the controller config. After that you can start the game and use the controller of your choice.You can change button layout by editing xbox.cfg, which located in the "Main" directory inside RealRTCW root directory. !Warning! Controllers are currently working only in-game. No menu navigation for now.

5) How to activate cheats?

This will load map of your choice with activated developer mode. You can use cheats now.

8) Game is crashing in startup for some reason.

You might messed up the config. Delete wolfconfig.cfg located in My documents\RealRTCW\main.
This will reset your config file.

9) How can I support mod developers?

We accept donations via Paypal.

RealRTCW 3.1 is now available on both Steam and ModDB! This is a huge milestone for the mod and for me personally. Let's find out what you get in this new version!

Previous training map was alright. But it featured so many custom models,sounds and textures, that it inevitably broke the original RTCW art style. This time I decided to use the absolute minimum of custom assets and create a new training level from scrath. I'm pretty satisfied with the results. See you on the firing range! 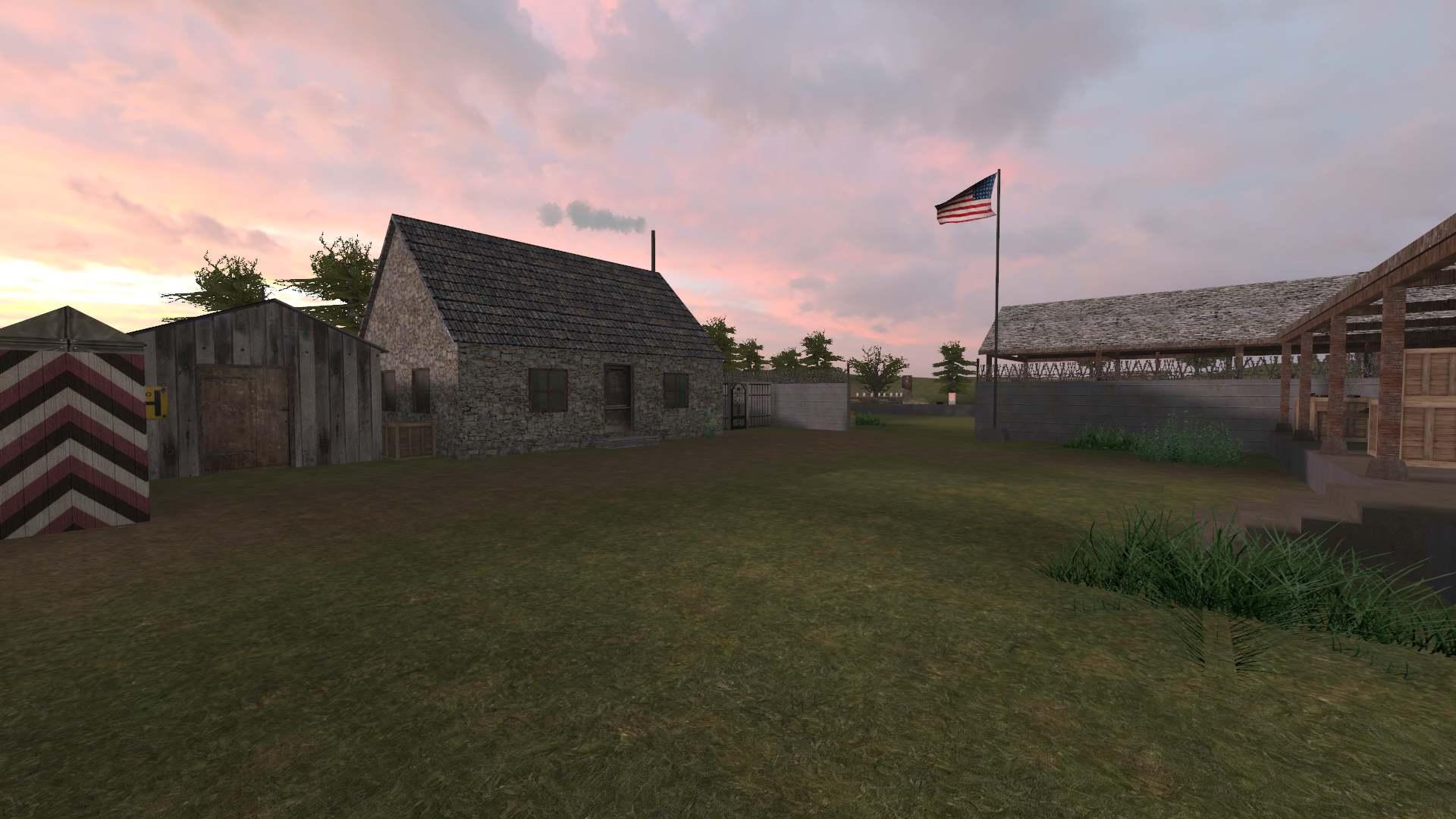 Thanks to Eugeny, one of the best RTCW coders out there, we were able to bring a proper subtitles support to the game. There still a few rough edges with timing of some phrases, but generally it is working fine. 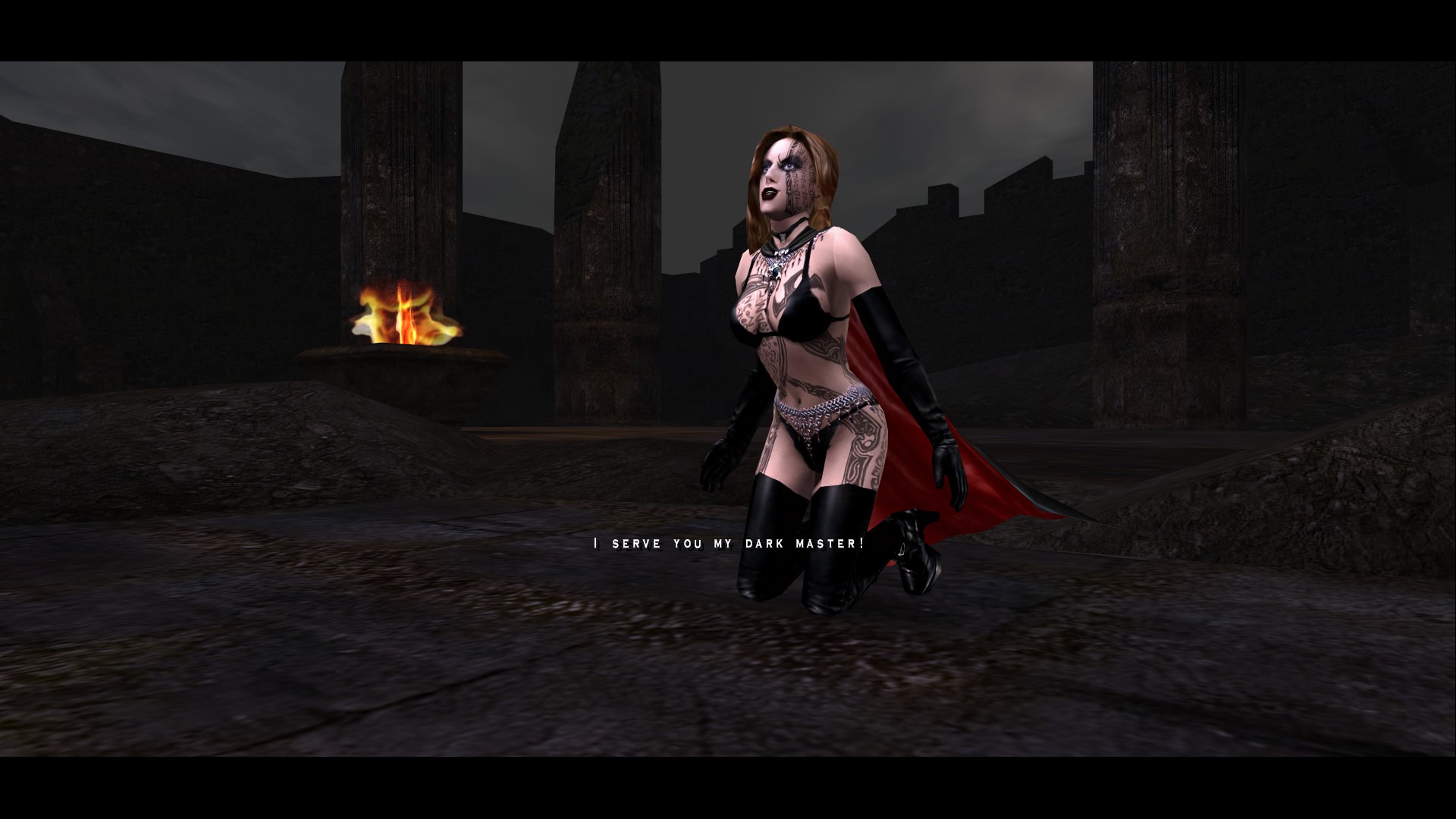 Thanks to my another collegue from the modding scene - William Faure, we rethinked visual concept of main and in-game menus. We tried to follow the new Wolfenstein games style, without going to far from original. 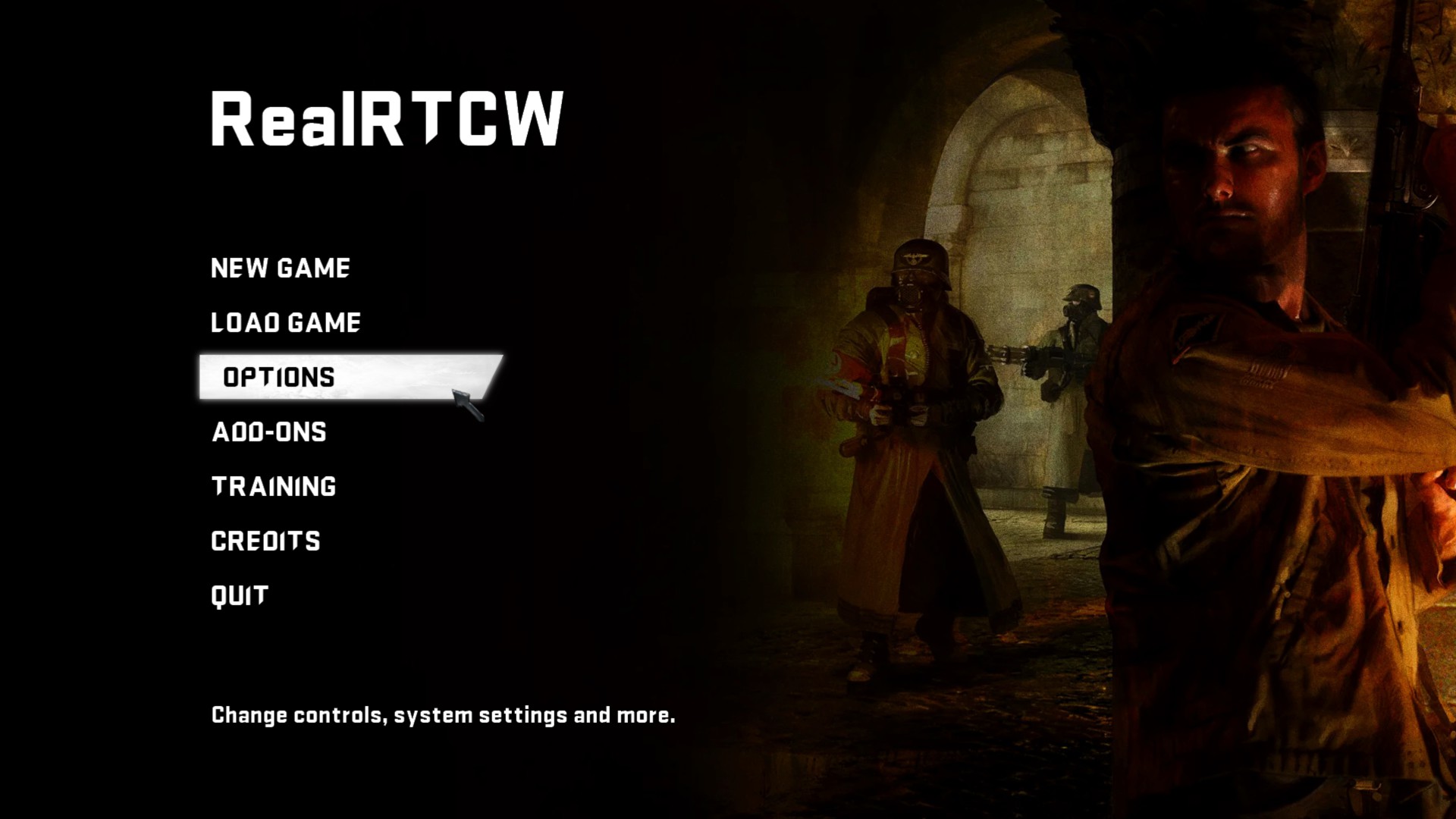 Author of the Venom Mod Hellbaron,approached me recently and offered his help with a proper integration of graphical improvements featured in his mod, including fancy shaders and detailed textures. 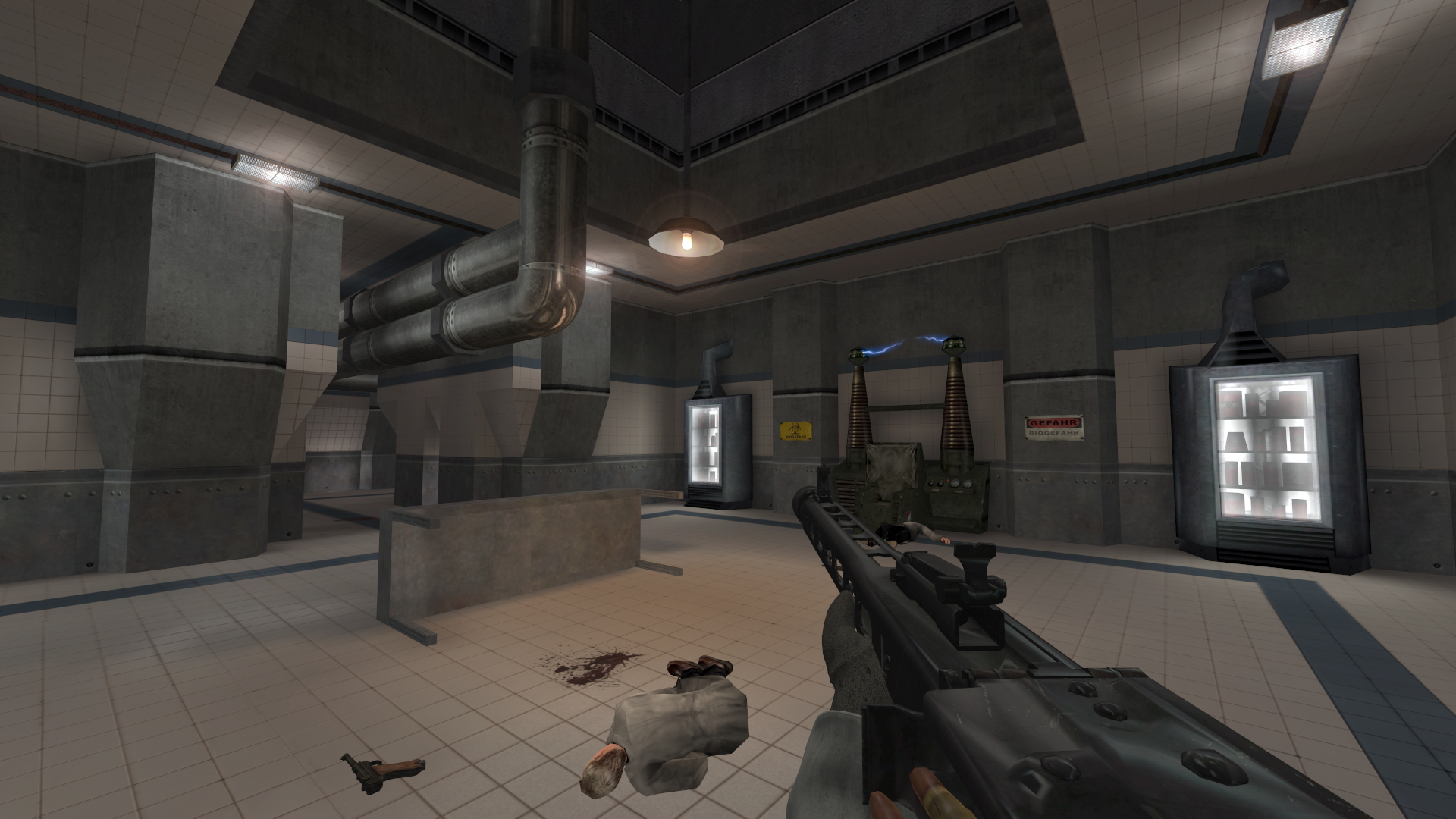 We were also able to properly integrate Steam Workshop support in the Steam version of RealRTCW. Best community-created maps, fully adapted for RealRTCW are now available on Steam Workshop! Now, you can easily download and rate your favorite maps! Hopefully Steam Workshop integration will bring some new authors into the scene!

I also want to highlight the Steam Workshop release of The Dark Army: Uprising Remastered - a massive modification made by William Faure. It features a new storyline unfolded in the new campaign, with a wide choice of new game modes as well. 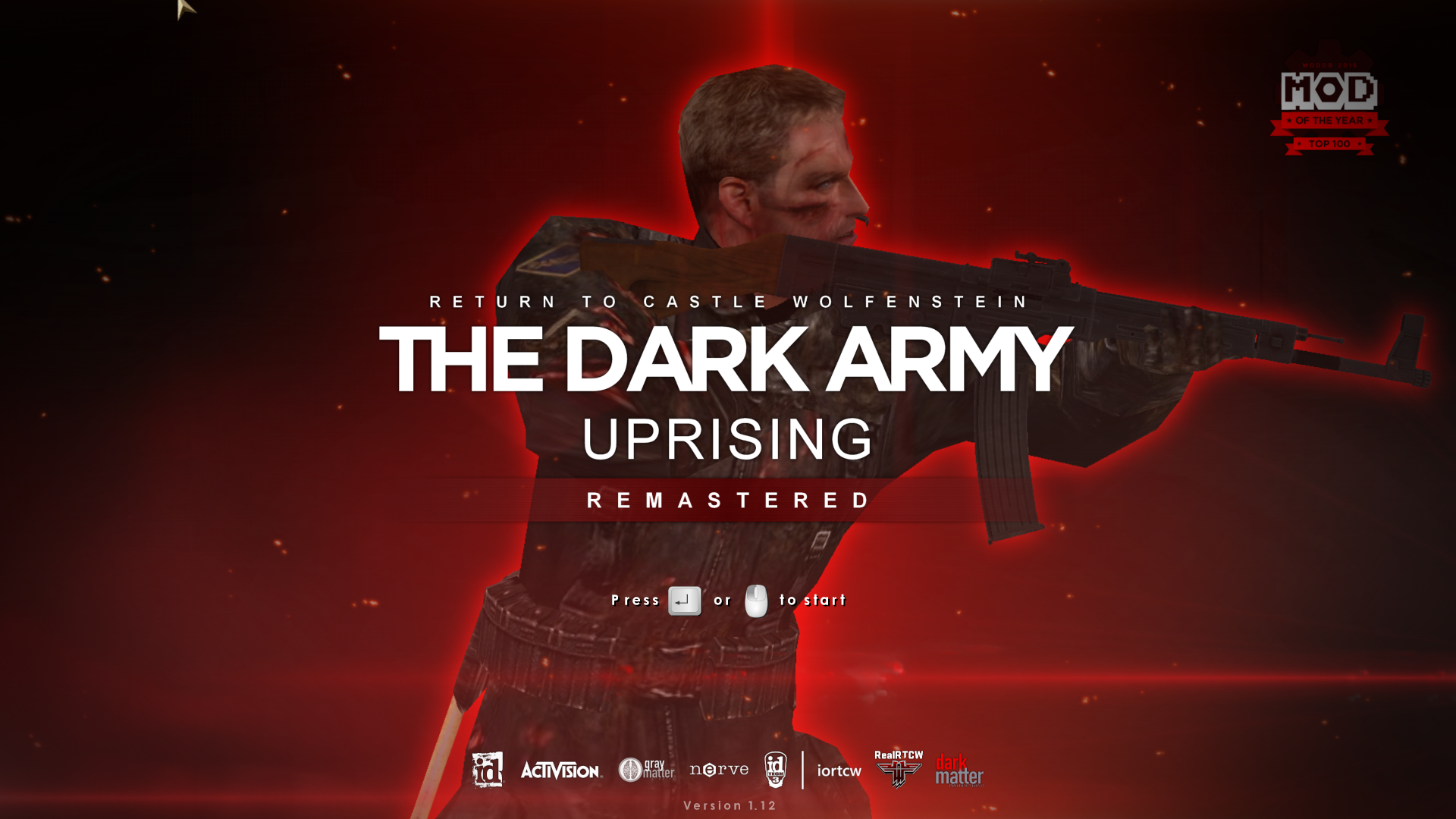 There were also a numerous tweaks and minor fixes that improved the overall RealRTCW experience visually and in terms of gameplay. For the full changelog visit files section!

That is all I got for you!
Stay tuned for the further updates.

Thanks for such an early release! I was expecting, it would be later, today (in the UTC+03:00 Timezone), but I'm very glad, that it's already released!

Also, the new Training level is absolutely amazing! I do miss the destructible walls and the old music before, from the previous map, but almost all of the other stuff is better in the new one.

BTW: It seems that the new render is a bit broken, since I can see some stuff over the walls. EDIT: My mistake. The scopes were from TDA, but I'm not sure, about those visual glitches, with the renderer.

I have encountered what I hope is a mere oversight. Using a gog install I'm successfully running the latest stable build of iortcw on ubuntu gnu/linux amd64, but attempting to run this mod produces the error:
"bg_indexforstring: unknown token 'tt33'
(models/players/bj2/wolfanim.script, line 10)"
Despite the lack of search results according to comments on an earlier release this is apparently a faq caused by running the vanilla RTCW binaries rather than iortcw...except I'm already running the game through iortcw. For thoroughness sake I tried building from scratch off the github that would be nice if it was mentioned anywhere on the moddb page, and received this output.
CC code/qcommon/vm_x86.c
CC code/sys/sys_unix.c
code/sys/sys_unix.c:55:13: warning: ‘realsteamPath’ defined but not used [-Wunused-variable]
55 | static char realsteamPath[ MAX_OSPATH ] = { 0 };
| ^~~~~~~~~~~~~
CC code/client/libmumblelink.c
LD build/release-linux-x86_64/RealRTCW.x86_64
/usr/bin/ld: build/release-linux-x86_64/client/files.o: in function `FS_Startup':
files.c:(.text+0x84ea): undefined reference to `Sys_SteamWorkshopPath'
collect2: error: ld returned 1 exit status
make[2]: *** [Makefile:2170: build/release-linux-x86_64/RealRTCW.x86_64] error 1
make[2]: directory '/home/frustrated\ user/RealRTCW' output
make[1]: *** [Makefile:1360: targets] error 2
make[1]: directory '/home/frustrated\ user/RealRTCW' output
make: *** [Makefile:1278: release] error 2

If there are any CFLAGS to disable steam integration they sure seem well hidden. I shop from gog escape bloated spyware like steam, I really hope that it's not required to play to a mod for a game that works perfectly fine without it. I'm vexed, in case it's not obvious, and would appreciate any assistance.

There are two branches on github - master and nosteam. Nosteam works fine for linux users.

That did it! Everything works perfectly now and I've got a grin bigger than your avatar. I owe you a beer, and if you were ever by some miracle to implement CPMA movement physics I'd owe you my firstborn daughter.

P.S. do you know if there exists any mod that reimplements the prequel levels from Tides of War/Resurrection, and if not are there any plans to do so in the future?

Ha! You're welcome.
As for the console exclusive content, it's currently in development by other community members. As far as I know exclusive enemies models and animations were extracted successfully. Maps will take some time,since you basically need to set all lights and scripts from scratch.