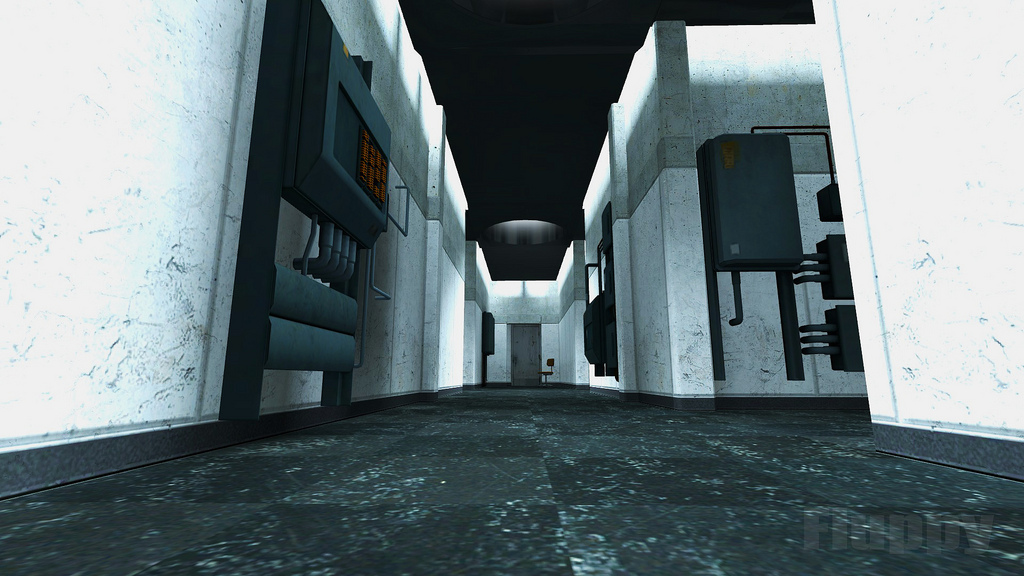 Portal:New Adventure is a small mod for game Portal. It takes you to the Aperture Science Growing up
center.
Growing Up center was build in 1991, and in the same year
scientist start working on a new artificial inteligence-RAISE.
Now in year 2004 you wake up from long hyper-sleep in
strange room, and then suddenly you will hear some voice. It’s RAISE (Reliable
Artificially Inteligent System Electrified). He announce you that you are in Aperture
Science facility, concretely in Growing Up center. RAISE is a head of this
center.
He tells you that you will be testing a new thing called
handheld portal device, and he will follow you through this test, and if you
will reach the end of the test alive, you will have a cake as reward.

IMPORTANT NOTE: In second map, in third room, when you look at the ceiling, there is actually something that can remind nazi sign. I can assure you all, that I have never been, I'm not, and I won't ever be nazi, or supporter of nazism or Hitler or someone connected to nazism. My purpose was to add some detail to the ceiling, so I decided to make this little detail with changing texture of some ceiling tiles. I had no idea that I created something that reminds that ugly awful sign, that was just big accident, and I'm sorry for that.

After download, put this updated GameInfo.txt into the mod folder and replace the old GameInfo.txt, mod should now work.

So this is first full version of Portal:New Adventure. I fixed as many bugs as I could, so I hope it'll be ok, but if you find some bugs, feel free to...

So this is basically an additional campaign for Portal?

OMG I saw THE WORD FLUPPY IN THE BOTTOM RIGHT HAND CORNER OF THE IMAGE!!!!! (maybe the deep chambers Fluppy perhaps) 0v0 :D

steampipe already released. If portal 1 have linux support, I think this "should" work.

how do you install it?

now i dont have the title picture in the file
where is it?

in case you need help: https://www.youtube.com/watch?v=jBkgNIzSIIo

Very rare mod. It didn't take forever to release. It was decent mapping. It's very hard to make AND complete a mod in such a short time. It wasn't too hard and it wasn't too easy. I do admit there was some bugs in the mod though.