In late 2005, a Russian mineral exploration company discovered a series of large oilfields in southern Sudan. Sudan’s Military government, with its ability to hold the newly revitalised Sudanese People’s Liberation Army at bay beginning to falter, decided this new source of oil was its one sure-fire way to hold onto power. 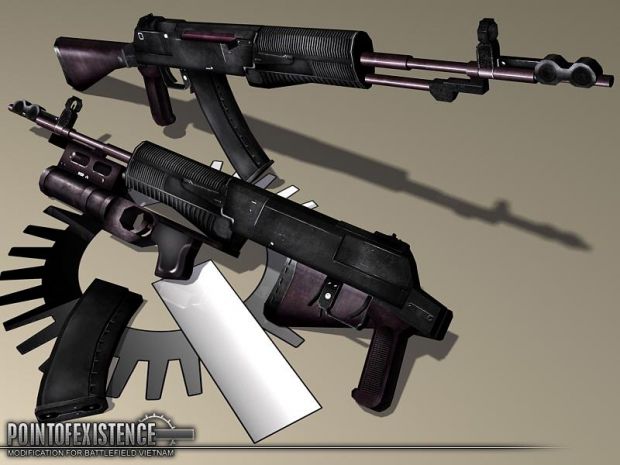 We (at the Nothing Held Back mod) are also working on our own AN-94, an were wondering how it was that you got in the 1800rpm 2 shot burst mode?
Did you have that and the full auto, or did you sacrifice the 600rpm full auto mode? We managed to get both in but have the 2 shot as a second separate weapon in the inventory, with linked ammo for them both, but I was wondering if you knew how to have one weapon with 2 firing modes and whether or not you'd share it with us?
oh and by the way, your AN-94 model/skin is very nice, and no, i'm not trying to butter you up or anything

Why is it purple?

The AN-94 assault rifle had been officially
adopted by the Russian Army and the Ministry of
Internal Affairs in 1994 as a possible replacement
for the venerable Kalashnikov AK-74 series assault
rifles. The AN index means "Avtomat
Nikonova", or Nikonov Assault rifle. This
rifle had been designed by the Gennady Nikonov, a
Russian arms designer, at the IZHMASH state
factories, during the late 1980s and early 1990s.
This rifle, initially known as the ASN prototype,
had been developed for and submitted to the
Russian Army trial contest, held in the early
1990s. This contest, known under the code name
"Abakan" (a small city in Russia), was
intended to develop the more effective replacement
for the AK-74 assault rifles. The ASN was tested
among the many other prototypes and eventually won
the trials, and was consequently adopted.
Originally it was intended to replace most, if not
all, AK-74 rifles in the Russian service, but it
soon turned out that the complete replacement is
impossible due to the economical (mostly) and some
other reasons. At the present time the AN-94 is
considered as the "professionals'
choice", and is used in limited numbers by
the elite forces of the Russian Army, police and
Internal Affairs Ministry. The main body of the
Russian armed forces are still armed with the
Kalashnikov assault rifles, and AK-type rifles
will remain in service for a long time, most
probably.