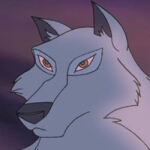 Aniu: Rise and Shine, Balto.... Rise and Shine. A new erra has dawned. The world is under threat again... We have enemies, new and old, They use one old enemy as their weapon.... Things have changed.... , people who wish only to lead complete lives are heartlessly executed by those that wish to hold the world in their grasp.... So wake up, Balto... wake up for there are those who dare to use nature against us.

I am happy to announce that the first 'wake up' level is coming along nicely and looks great. pictures!!!!
wake up room. Creepy surgical table in a well-lit operating room. 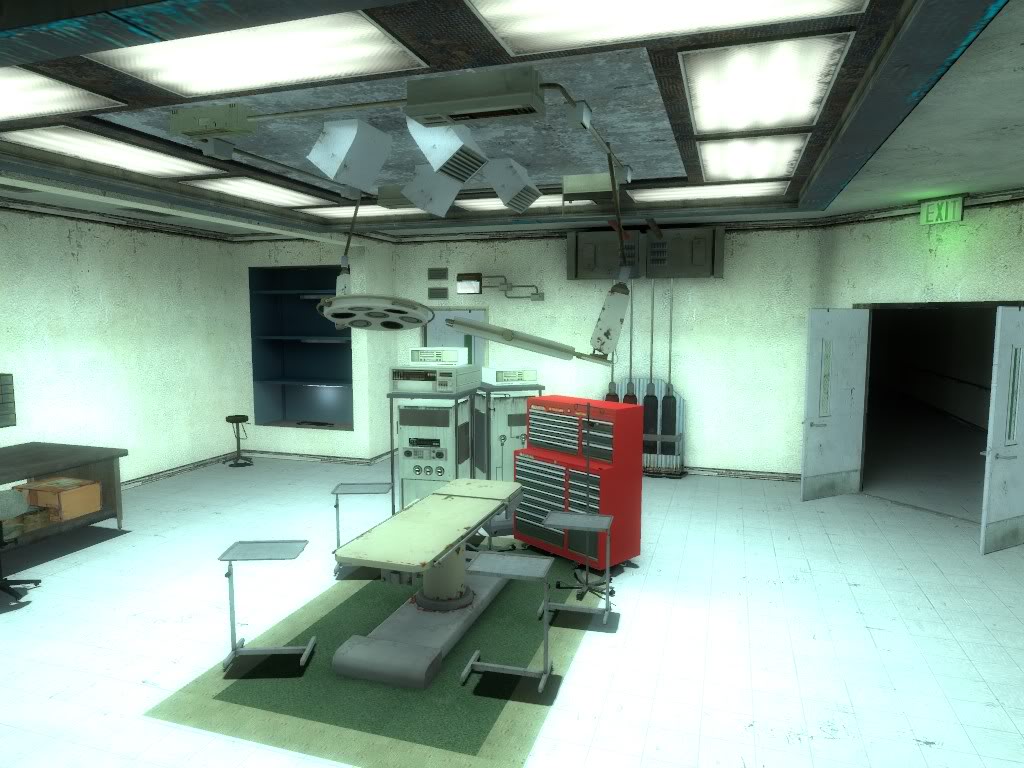 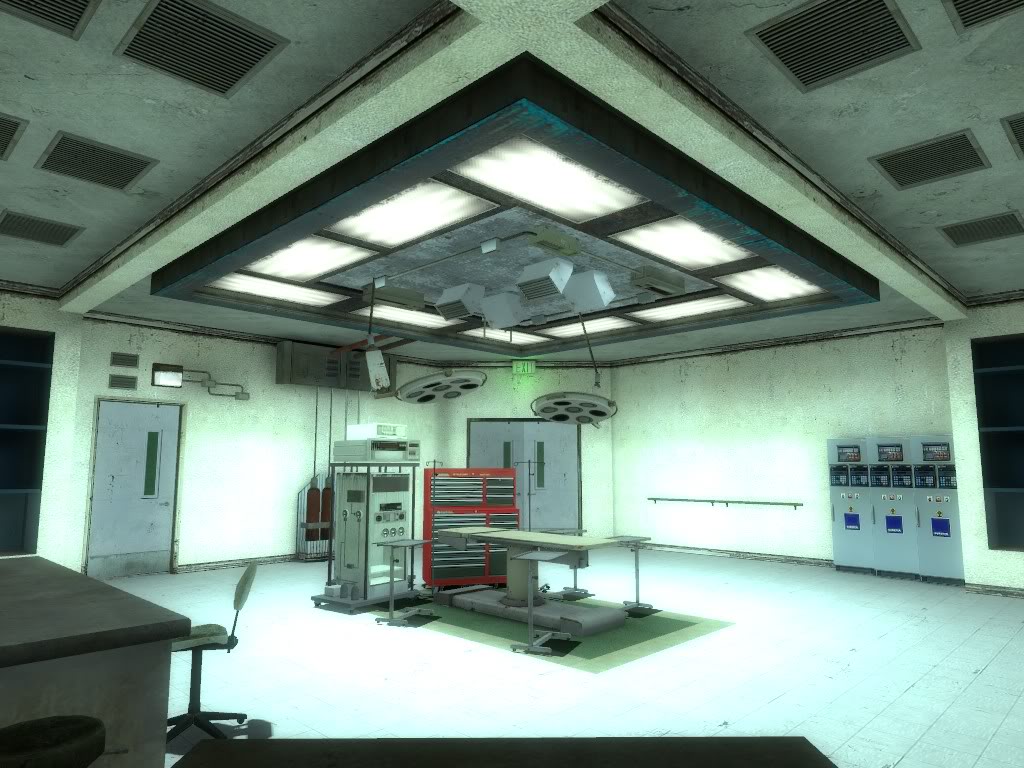 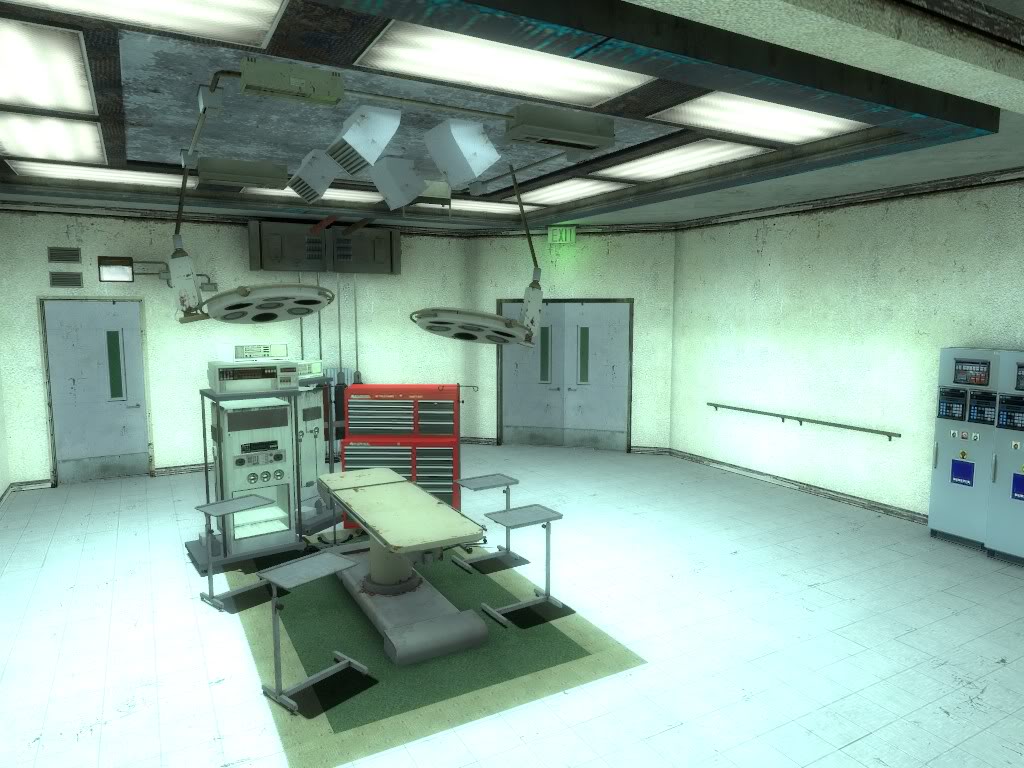 More new work from our new mapper is forthcoming!!!!!!!!

Hallway (Will be replaced soon!!) 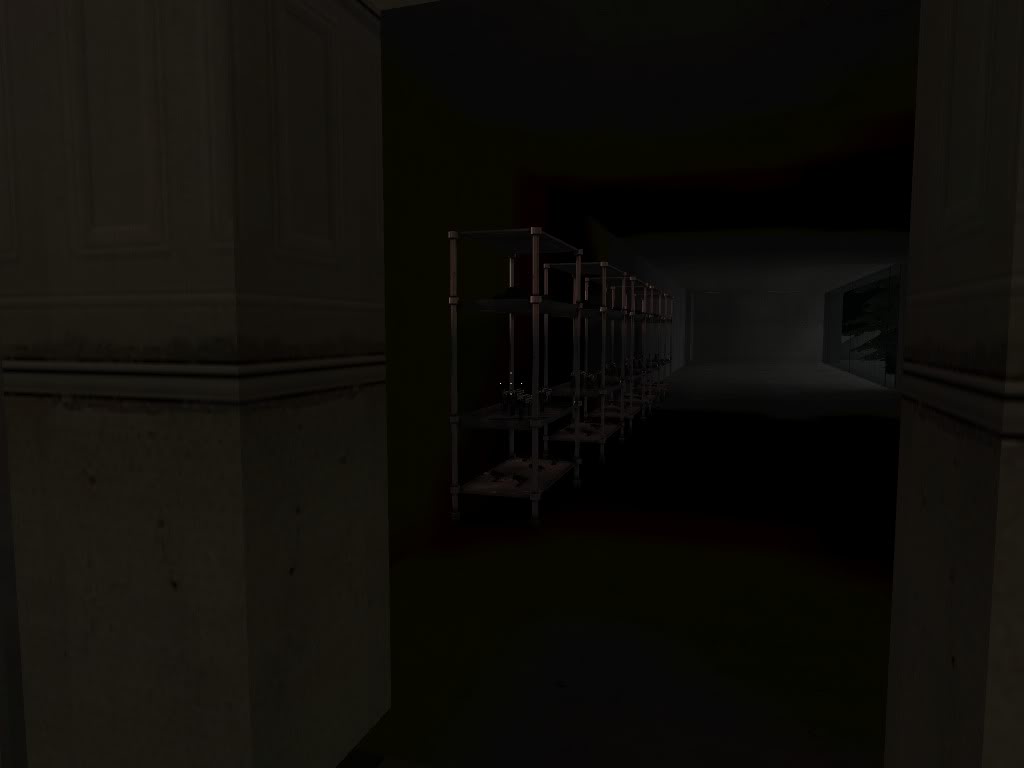 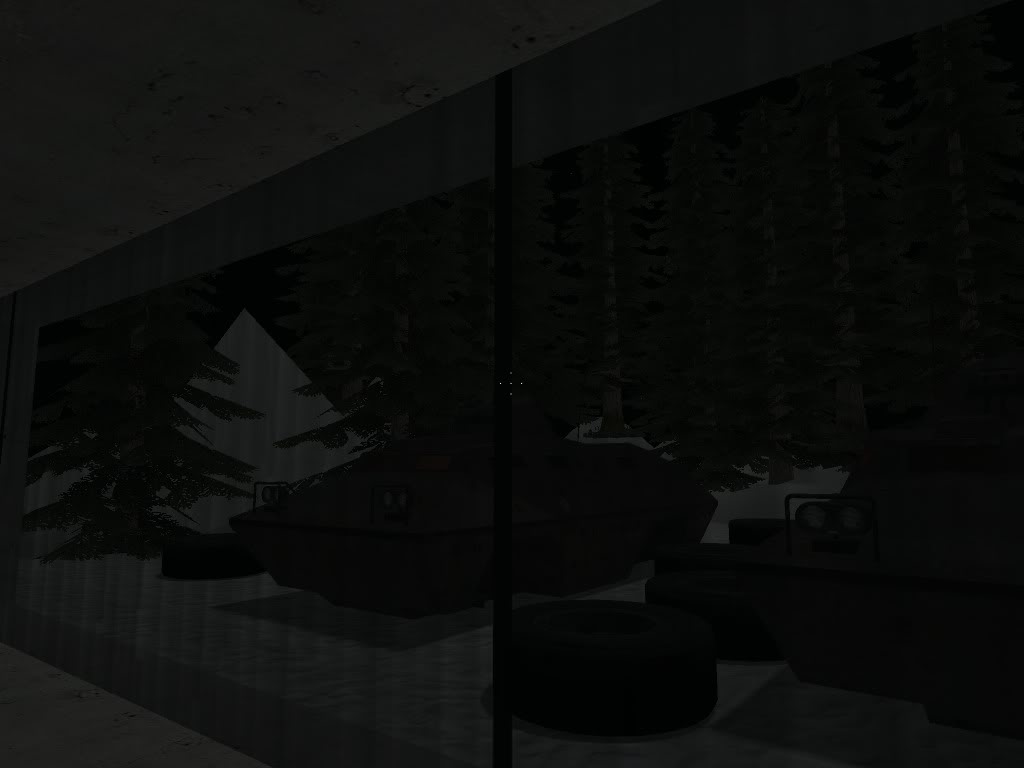 Lab (Will also be replaced soon!!!) 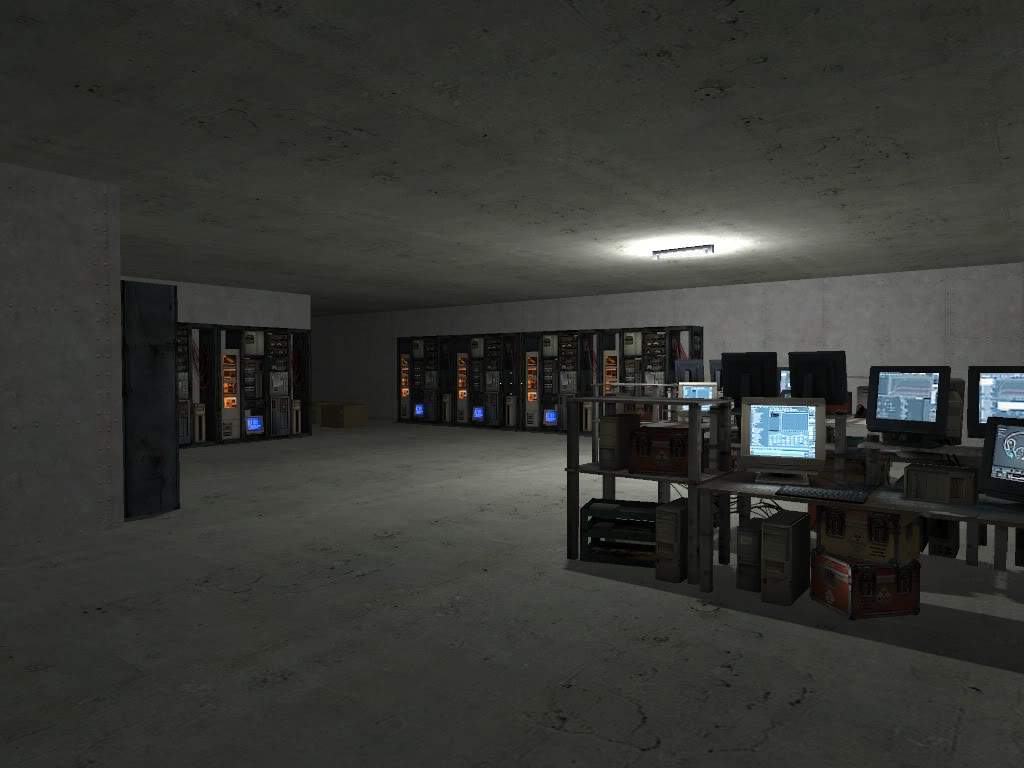 This is the Balto mod for Half-Life 2! For those of you who have never heard of Balto, (En.wikipedia.org)
The mod has been being developed by me for the past 3 months. I am beginning to recruit now. I expect the Balto mod to take about another 2/3 of a year due to several bottlenecks like menu music and soldier model replacement. (Why would there be humans in a balto mod) ;)
I am not sure if I will follow the story line (Balto 1 - 3 then post). However if I do it will invole balto being frozen sometime post Balto 3
(fell into a lake)
He is found and thawed 93 years later under the impression that he is dead. (being thawed for historical purposes)
A similar thing happens to steele. He ends up in the hands of terrorists. (much like the dogs of COD4)
I still haven't worked out how Balto ends up in the USMC.


Balto mod will probably be a co-op mod due to the many Balto characters, however I will try to add a single player mode where you choose a character and the rest operate as NPC's

THIS WILL NOT BE ANTHRO However human weapons will be modified for the purpose. Anthro
would be easier but I cant stand it.
There will proobably be a choice between 3rd person and first person in later releases but the first will probably only have first person.
The health system will be very differant from standard health systems. It will be based on blood. You can be hurt without bleeding, but anything down to a .22 will cause bleeding. Bleeding will not stop until a healthkit is found. The rate of bleeding is determined by a standard damage

I WILL KEEP THE DOGGIE GUNS

A CHARACTER HAS BEEN ADDED AS OF 10/19/00
Tina- developed by Godzillawolf, although she does not appear in any of the Balto movies. Weapons are yet undecided, but she will fill my missing submachine gun.

I would like to hear what you think of the weapon choices and hear recommendations if you have any... Mostly for weapons for the bears. I settled on the .44 magnum for Jenna.


I changed boris's rifle to the AK at a recommendation. (boris is russian) 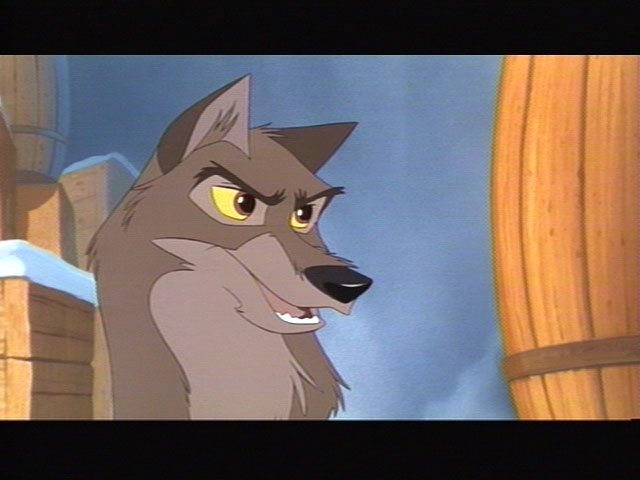 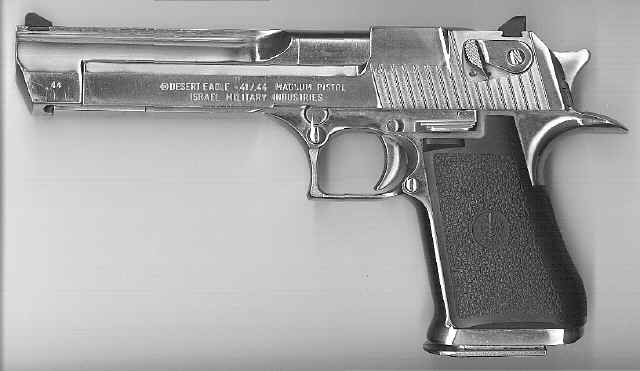 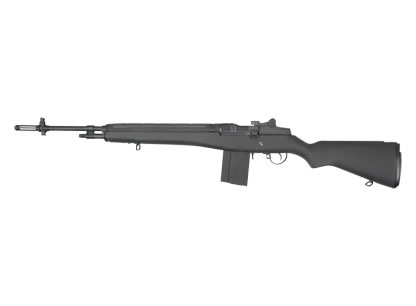 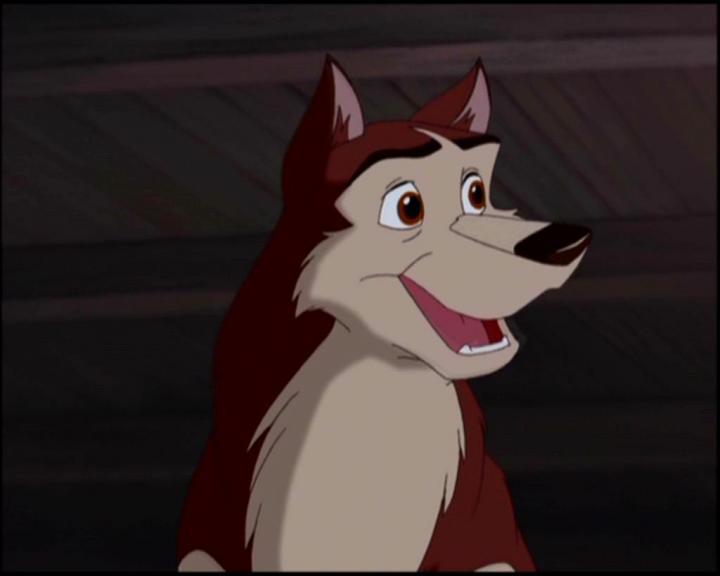 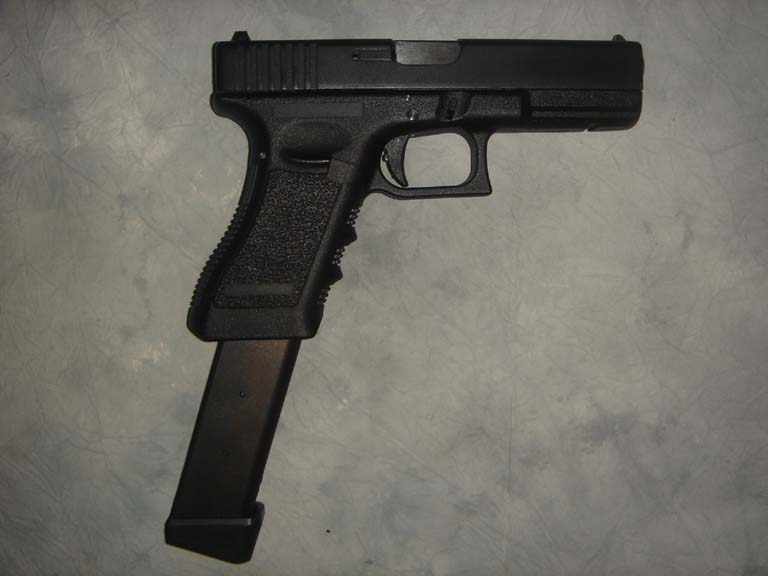 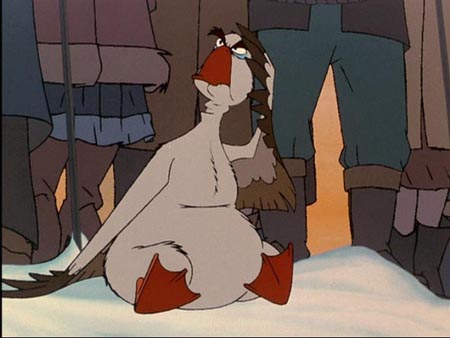 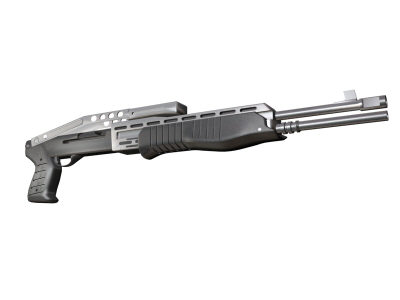 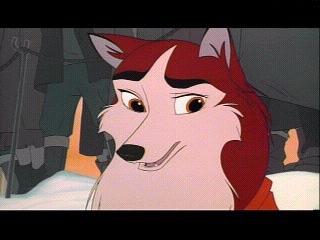 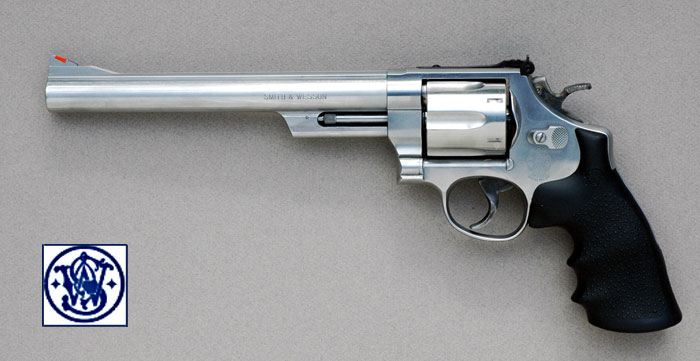 Possible weapons for the bears: 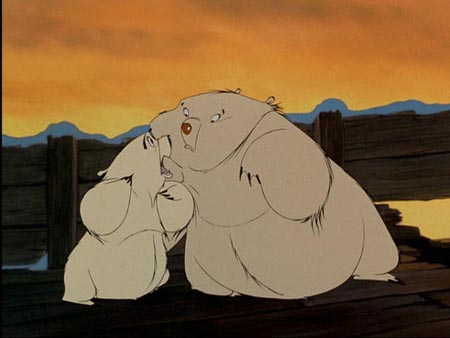 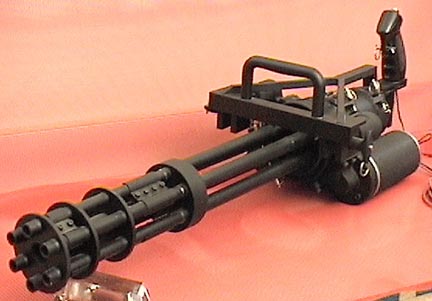 Small bear:
duel desert eagles (I think we all know what a deagle looks like but...) 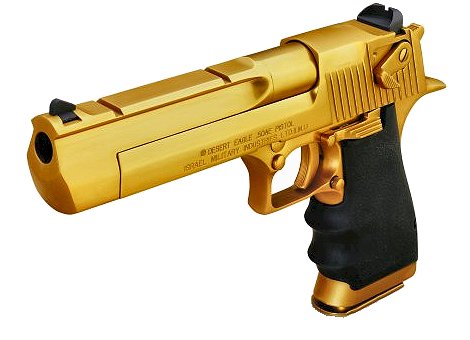 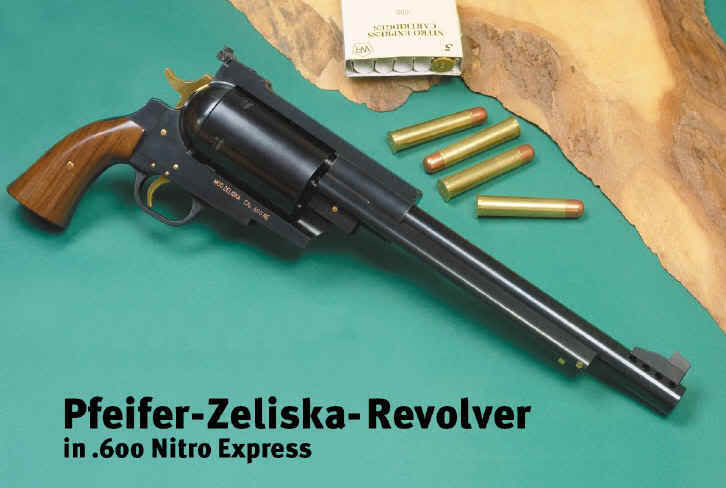 or
Javelin Missile launcher (perhaps with elephant gun as side arm) 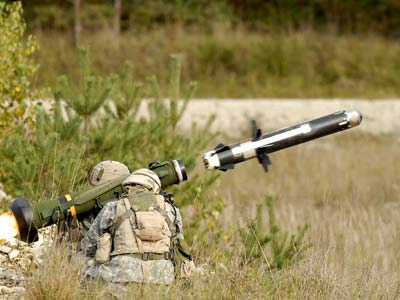 Guns will be carried by paw, not by mouth. We WILL have iron sights !!
Guns are only carried in mouth when sprinting

join the mod team or be a beta tester please contact me at pearcepachuta@cox.net (animators, modelers, mappers beta testers all very helpful)
This mod is NOT dead and will NOT die. Anyone willing to help get it done faster?
Still need soldier models/animation, beta testers, and mappers. will get done anyway but will get done faster if u help.
Sorry I don't update more often but I haven't had much time to work on the mod lately. I have started work on the menu music. (opening video music done) we got a new mapper and he has been remaking the wake-up level.
Completed all intro and menu music.
working on textures for new models

Hello guys, my name is ben and I'm the most recent addition to the ever-growing Balto mod team. As mapper, my job is to take the story ideas of team and transform them into fun, good-looking gameplay. And so.......without further ado, here's the beginning of my recent map work. 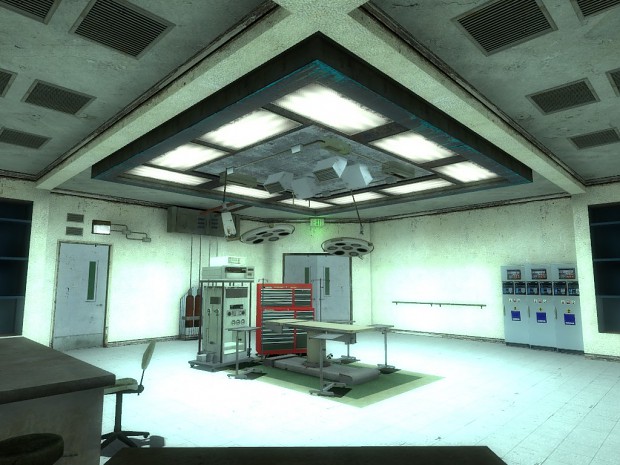 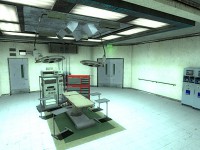 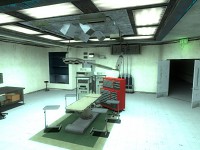 This hospital room is similar to one found inside the Elmendorf Air Force Base Hospital, near Anchorage, Alaska. We plan on having the player (Balto) visit various places in Alaska, as well as Europe and the Middle East. I have read about 1/3 of the story so far and it gets pretty intense action-wise. I have planned out much of the first part of the game and there will be much more added to this location as time moves forward. So get ready because it's going to be an awesome adventure.

Unfortunately, our work in other areas (modeling, A.I., etc) has been somewhat slow. We here at the Balto mod are hoping to pick up a few extra members over the next few weeks and expand our work flow to more people. We are diligent and thorough in our work so please dont be intimidated by teh scope of our project. Here's a list of what we could really use right now :)

Modeler (weapons)
Modeler (environment/props)
Modeler (characters (why would you want to play as a human in a Balto mod)
Programmer (creating new weapon scripts, implementing terrorist AI techniques)
Texture Artist (for weapons / props / terrorists)
??? What else can you do that would help out our mod team? Message us!!

We hope you like our Balto mod as much as we do, and do justice to Balto fans everywhere. please join or watch as we get bigger and better than ever!!

Damn it! Why do all the cool sounding mods die!? Why have you forsaken me Lord? Why!? I just need a little more Balto in my life twas all...

I am so glad I abandoned this piece of **** project. A terrible relic, had the misfortune of remembering it existed today

When I looked up Balto mods, I did not expect anything like this. This is really messed up and does deserve to die, I mean Balto characters killing with guns, really?

You are dead, NOT BIG SURPRISE

You are not funny, not that big of a surprise.