This mod is still in the VERY BEGINNING of development stages, with the only changes done have been with coding and vehicle stats. The only faction affected at the current time is USA.

One major change this mod will place is the greater use of infantry in warfare, and by doing so the costs of units and defensive buildings will be dramatically raised. A few examples of the changes are:
- Crusader Tank = $2000
- Comanche = $3000
- Raptor = $2700

Some units that are too futuristic or not realistic at all have also been removed. Such vehicles are:
- Paladin Tank
- Laser Avenger
- Aurora Bomber

Infantry units have also been raised, but not to such extent as vehicles and air units. A couple examples are:
- Rangers = $500
- Missile Defenders = $550

As a point of view in realism, all Super Weapons, such as the Particle Cannon, ave been removed from the game and can no longer be built.

Future plans and expectations for this mod are high. Much later on, after I configure and edit the units and buildings of the USA faction (I will work on each faction one at a time, starting with USA, then China and finally the GLA, as they will be the most difficult to work with) there are several plans I have for the future of this mod:
- New unit models, realistic skins and new names for all units being kept in the game (ex. Crusader Tank will become the M1[A1/A2] Abrams Tank and Comanche will become the AH-64 Apache)
- Addition of new units, mostly focused on infantry, such as Combat Medics and Anti-Air units. When done, Anti-Tank units like the Missile Defender will be stripped of their ability to engage air targets.
- New Maps and a new system of money making. In the early stages of the mod, new maps will simply be created without supply stashes and be occupied with several oil derricks and tech buildings throughout the map.
- New buildings models and skins. Realistic buildings models will replace old ones; such ideas for new buildings for USA faction will be Outpost like, with tent and sandbag features.
- Re-scaling of units, most specifically infantry and aircraft.
- POSSIBLY the addition of naval units and new system of naval warfare, but that's a SMALL possibility.

As you currently could have guessed, I am the only person developing the mod with no help from a team. However, I am recruiting/asking for help of other fellow modders and/or MODDB members who have knowledge in coding and, more importantly, modeling realistic unit skins. If you want to apply/volunteer to help until the possible creation of a team, then by all means comment below, leaving a short summary of yourself, your knowledge/experience in modding, and how much time you will be able to spare helping out the mod.

These are the current changes done so far with the USA faction and their vehicles, as well as changes soon to be done. Keep in mind all changes have only been applied to the USA faction at this current time.

- All units have an increased price. Vehicle costs more specifically have been dramatically increased to have the game more based on infantry warfare and no longer give the ability to tank horde, etc. (Look at Images "Unit Prices Changes" for more specifics) 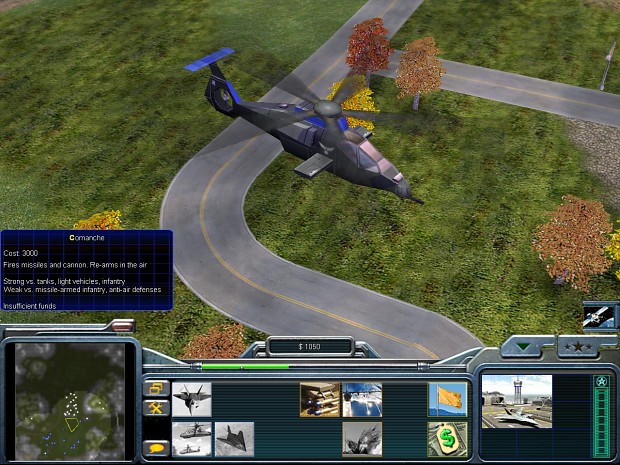 - Price for defensive buildings increased. In order to eliminate the possibility of making a base an "impenetrable fortress", have been increased to balance out between vehicles and defenses. (Look at Images "Defensive Building Price Changes" for more specifics) 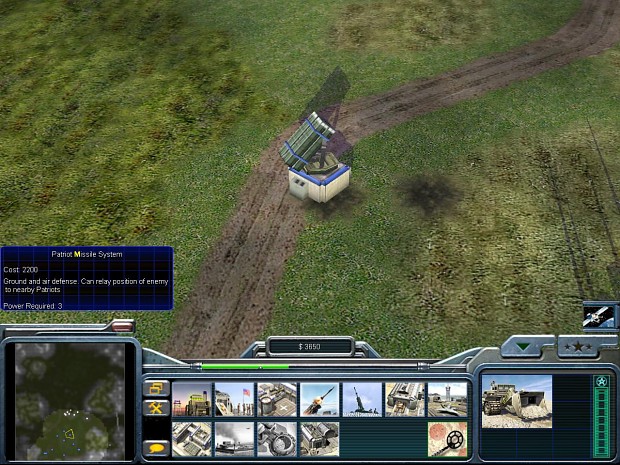 - Complete Removal of any and all units/upgrades in the USA faction that are too unrealistic and/or futuristic. Examples of units/upgrades are: Paladin Tank, Laser Avenger, Microwave Tank, Aurora Bomber, Sentry Drone Gun Upgrade, Battle Drone, Hellfire Drone and Scout Drone. Tomahawk currently kept for balancing reasons between long range units and defensive buildings. 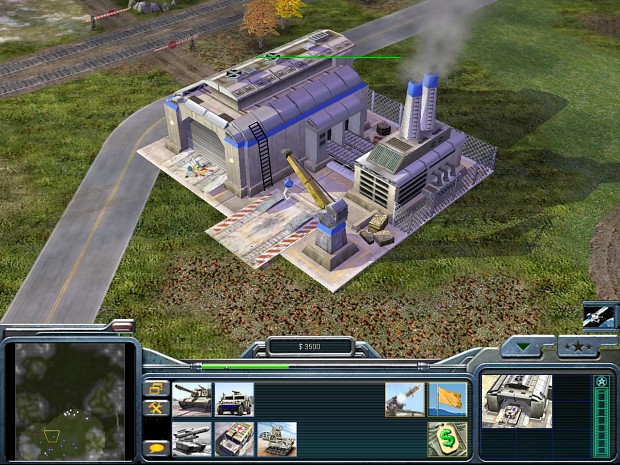 - All units and defensive buildings have increased attack range. More specifically, the Crusader tank's attack range has been doubled (and may be even further increased in the future), however, is vision/fog of war clearing range is very short. This will increase the use of infantry and scout units (Humvee and sentry drone), which have better visual range, depending on which unit is in use.

- Transport units have edited transport slots. Chinooks have been increased to 10 transport slots and Humvees now only have 3. Also, units can no longer give additional fire when transporting inside a Humvee.

- All ground vehicles now take up 6 transport slots in Chinooks. This is to give the realism that a Chinook can only carry 1 single vehicle at a time.

- Raptors and Patriot Missile defenses now fire a single powerful missile at a time. Once again, this is for realism purposes.

- Aircraft, besides cargo planes normally die from 1-2 shots from a Patriot defense or Missile Defender. Once again, for realism.

- All units and weapons in the game now have accuracy problems. Depending on whether an enemy target is actually hit, kill rates (how fast units kills others) for all units are now completely random.

- General Powers have been edited. In the meantime, the Paladin Tank has been removed and the Pathfinder is now a 1-Star power purchase.

Changes that are soon to be made for the mod are:
- Further edits and tweaks on unit/weapon stats for balancing reasons.
- Possible removal of buildings, including Superweapons, and more units.
- Removal of more upgrades deemed too futuristic and/or unrealistic.
- Addition of one or two more infantry units to USA faction.
- Additional edits to General Powers. Plans include to change point system to create decision making between powers essential based on what you need at the moment in a game and actually winning a battle.
- New maps. Maps will be stripped of supply stashes, and instead they will consist of several oil derricks and tech buildings scattered throughout the map. This will remain until a new money making system is created, which won't come until much later.

there is no changes you only change unit prices :/

but Comanche is a Real Choppers, and add HMMWV or HUMVEE Avenger

is this mod is still alive?

And, one more thing, the Aurora is one of the most realistic units in-game, it's just a high-speed bomber...Just like a Tu-160 or a B-1

hey, if he's talking about realism, the usa would be the most op faction in the three of 'em. just look at the f-22 raptor

f-22 in game:four missiles, detectable by anyone

if you need help modeling:

quite easy to learn.

for realism, you will need to take out almost every unit of the game...If you can't model, them you need to learn ^^

the particle cannon is within realism, it is a 2 mile long facility in arizona, properly named the particle accelerator, that forces particles to nearly the speed of light.

hey for realism make the nuke take out the whole map, mininukes come in suitcases not missiles

I say that the nuke should take out 2/3 or 7/8 while the radiation spreads out, and covers the whole of the map entailing the risk of losing a good portion of your own base, but not quite as badly as your opponent. The radiation would eventually desipate, but pockets randomly placed would be permenate untill the next launch. (So as to not completely discourage it's use, but still trying to be realistic as a nuke can decimate entire city block, and does do virtually permanent damage to large areas. Deterrence anyone?)