A full description can be found in the Taleworlds forum thread.

It's been a bit longer than I'd hoped since my last update, I think it's about time we get into something a little more detailed. ;) I've been really thrilled with the amount of people that have shown their interest in the project, this game is getting a little old now so it's nice to know you're out there!

One of the reasons I announced this mod pre-release was because I thought it was important to get feedback as early as possible, to make sure I was covering the features players expected. However, it is damn near impossible to speculate if all you ever get is one feature article and a bunch of over-indulgent replies to your nice comments!

So let's solve that problem right away.

As of right now, the mod is only in a semi-playable state. Luckily, most of the "core systems" have been made and tested, so adding features can be done relatively quickly. Current features include:

- Mountain and river terrain is passable, though often it is still faster to go around mountain ranges. No ocean travel yet.

- Weather effects include wind, moving clouds, thunderstorms. Weather is dynamic in scenes, cloud amount will increase/decrease in real-time, with rain/snow and storms able to start and stop within the scene.

- No more "regular recruits", every recruited NPC is given a name and treated as a companion, with player party size maximum of 140

- Persistent names for all NPCs

- Hunting, around 12 different animal types can appear based on map region/terrain, animals avoid player, but can be gotten nearer when dismounted and/or upwind.

- Real-time looting, NPCs killed by the player can be looted for their armour by striking the corpse

- 18 factions: The 6 Warband factions have each been subdivided into 3 "provinces" that begin as allies yet are fully unique, independent kingdoms. 6 faction troop trees still need to be completed.

- Unique soldier type for all towns and castles: Using the same unique soldier templates from Nysne - every castle and town has a single unit type specific to that location that can only be recruited by the Lord. (e.g. Radoghir Foresters, Distar Guards, Praven Knights, Hrus Spearmen, etc...) 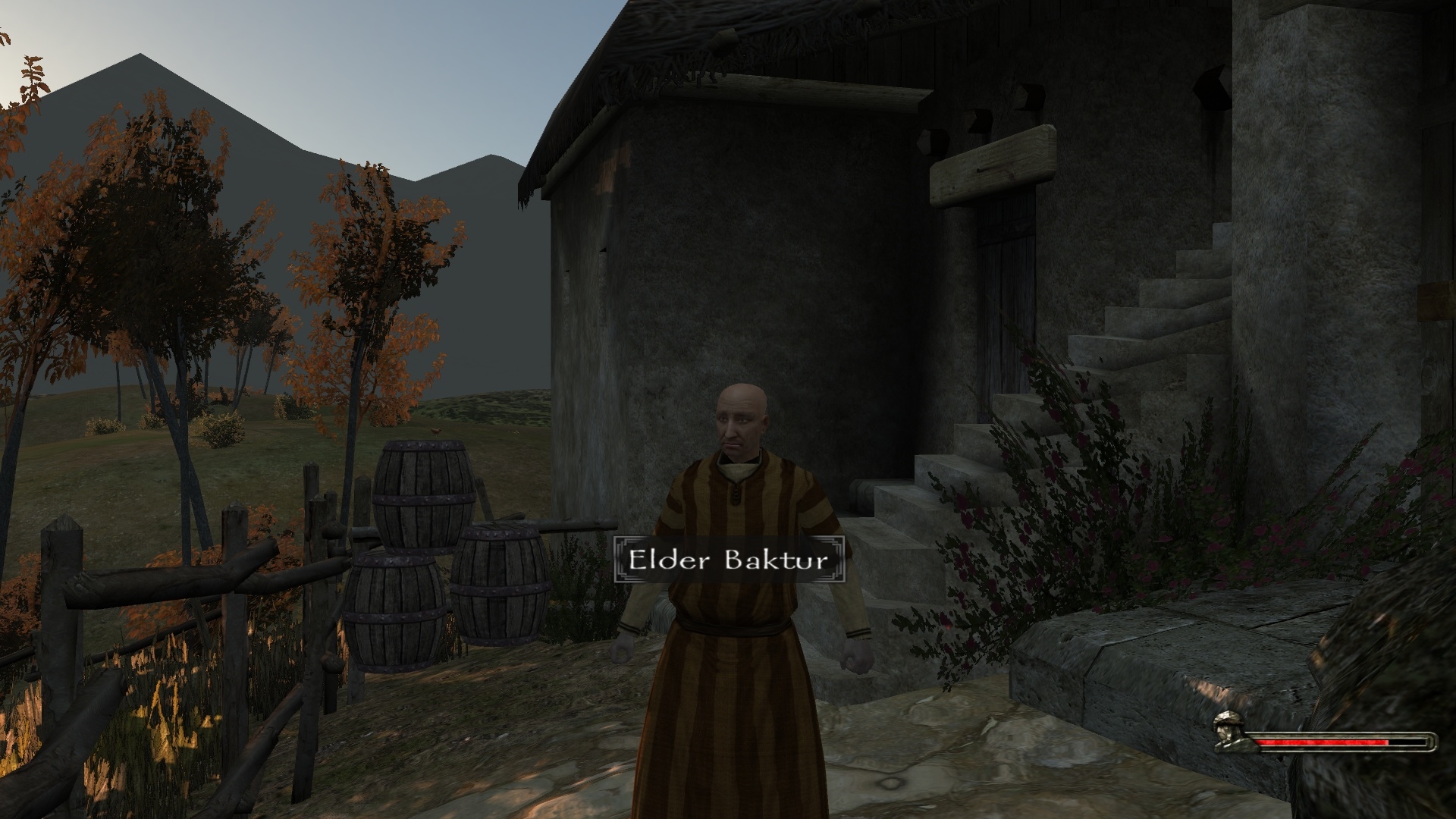 Note that this list does not include features that are half-finished, everything I mentioned here is fully functional, though they could all use more polish.

Right now, I am focusing mainly on two areas:

I hope to follow this up with another article setting out more definite future plans, though it might be wiser to wait a bit for that. Hopefully this is enough for now. :)

Nysne is a low-fantasy mod for Warband. It takes place in Calradia, a generation or two after the Native game. Though much is the same in Calradia, things...

I'm kinda disappointed by the mod in overall, but it does have some good stuff in it that I enjoyed.

1. The game does feel cinematic and gives you a special feel sometimes.
2. There's variety of armor and weapons.
3. It's more enjoyable than native.

1. The mod feels too biased to Swadians.
2. I've spent most of my gameplay in an overused foggy weather.
3. I'm pretty sure I've seen the armors and weapons in other mods like Sands of Faith, 1257 AD, or A Clash of Kings.
4. The soundtrack is just bad, couldn't stand it.
5. Not a lot of features were added, and most of them aren't even changeable.

So 2 questions which require some explanation
Went into a Vaegir town. for some reason (guess because I took a weapon out) townsman attacked me. Knock him. another one comes. rinse repeat for a few seconds til the soldiers come attack me. killed a few and then went into the castle. it stopped. Now the town hates me (-21) and I got a bounty.
1: why they attack?
2: any way to get rid of this bounty? it's only 10 but still...Oh and I have negative honor as well.

Acting aggressive inside towns can get the guards on you. Best bet is to keep your weapon sheathed and tr not to get up in the guard's faces too much ;)

If you start a fistfight with a townsperson, you can usually calm the situation by holding block. But if someone gets knocked out a guard will likely come looking for the culprit.

Killing someone inside the town will get you -1 honour and -1 relation to the town, faction, and owner of the town. You cannot remove the bounty as these features are incomplete, but it has no effect on gameplay.

how can i find the troop tree

Hi I have a problem,the game keeps sending RGL errors like viking shield texture and all this things with textures can tou helpme because I really want to play the mod(i reinstalled warband only fort his mod and im not kidding) so please reply with some help

Are you sure you installed the mod correctly? There are no textures called viking shield in this mod. Just try extracting Nysne again to your Modules folder.

exactly what changes are in the mod?