Stan - a former drug addict. Being crazy in love with his fiancee Shanon is the complication. The sudden pregnancy and childbirth, and force him to break the old habit to remember that later destroys his life. He lives memories, this can not last forever, Stan ordered experimental drugs can cure his heartache after a dream and he will have to go through all this again ...
This is a game based on fictional events, insomnia and dreams in reality. Dedicated to my dad and mom.
It is a pity that I was unable to complete the project. From that console, and «Surrender Cut» meaning, then I gave up and dropped his hands. 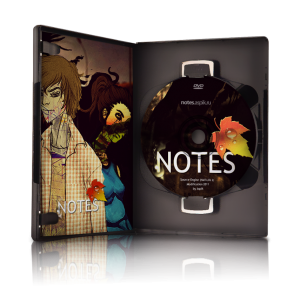 Within a few hours will be available for free download Notes: Surrender Cut. Why is "Surrender Cut"? Because I gave up. No more effort and desire to work on this project and in general on the Source Engine. Mainly influenced me a new Dear Esther, a peak of what I sought to see on this engine and it was done. Now I want to develop further and go to the development of indie games. And now about the unfinished version of the mod that I release: the game is fully passable, tested and has a logical end. In this version for about an hour and a halfhours of playing time. A separate bonus I'll post the source maps, as well as the source maps were not included in the release, maybe it will interest someone. If your model was used in this fashion without permission - sorry. Too many models and one's resources were taken for the fashion and indicate someone andsomeone else would be unfair to forget, so I just say thank you to everyone-all. In any case, I do not care anymore and you can own the copyright, as you haveaccepted in the United States to close the game. The game is translated into Russian and English languages, the best of my knowledge. Hope does not disappoint everyone, do what you want. Sayonara.

I have bad news. The project is dead and I have no desire to work on it.

I have a good or bad news. You decide. Again changed the story and release coming soon.

Bad news everyone! Sorry, but I had enough of charges...

Code sources that was included in the release. By MaSTeR.

Maps .VMF sources are not included in the release.

Here's a gameplay video I made of this mod! Feel free to use the footage for whatever!

Oy lads.
anyone knows if the guy has made anything else?
That he's still, you know, alive?

i have HL2, EP1 and EP2, however i still get missing textures. can someone explain that?

Grammar is terrible, story is crap? You do realize this project was not developed by a native english speaker right? Yeah.

If you read the description clearly, it says he couldn't finish the project so he slapped what he had up...

Well here is my opinion about this game. Over all the game/storyline was great and entertaining. But i had a few problems. ERROR signs ALL over the place. Confusing about the zombies when you fight them in second flashback.

If you had finished this aspik, this would have been absolutely epic. This had a very very superb story. I would have loved to see it all in a playable form.

Aspik, you have a talent with writing stories and making games. Whatever it is you do in the future with video games, I'm sure they will be very great.