No one can recall quite how it happened, but at some point there was another world war and after the bombs fell, the Earth was left in ruins. The former Yugoslavian republic of Serbia suffered massive devastation to it's land, but the great capital of Belgrade although damaged severely, had survived the conflict... 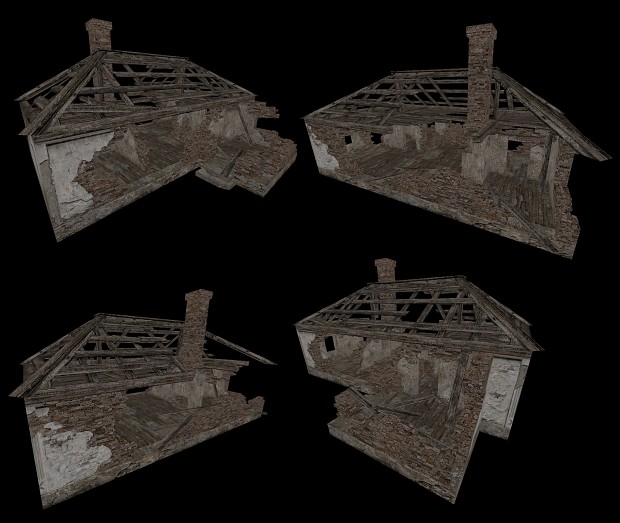 Saw the evolution of this on Half-Life Creations, and I must say it looks damn great!

A long time in the making, this is the most detailed of all the base houses in the rural settlements. I first tried to work on this with the other houses but as they were taking enough time as it was, I opted to work on this one only when I'd got several of the more intact houses finished. Again, like the others it is 100% brush-made.

I basically built an intact house and then trashed it, taking reference from photos of ruined houses that had fallen apart after being abandoned for some years. I used textures shared with the other houses and a load of ones specifically designed for this home, since the damage meant making the plaster/brick combination seamless on both the exterior and inside.

I got lucky on the brick texture, finding an excellent photo of a plaster wall in Russia that had decayed, revealing the broken brickwork underneath, even without the extra geometry, the texture adds a lot of detail by itself!

It's been a lot of work and I've ran into a few problems on the way but I'm sure you'll agree that it's all been worth it, I'm certainly very pleased with it!