Night at the Office | Remod

Today seems like another busy day for you, an administration assistant working in a courier company, "Parcel Passages".

Tonight, you decide to take the night shift with your supervisor to finish up on some extra work.

Unfortunately, today will be one hell of a night at the office.

One you might not live to see another of.


Remod is a HD mod for Night at the Office that brings :

Remod already includes Night at the Office, so you don't need to need to install any older version, just install this one on your HL installation and you're good to go!

Installation is simple, simply extract the "remod_noffice" folder that is inside the .7z into your Half-Life installation folder (Where hl.exe is located, NOT inside any of the other folder such as "valve" or "valve_hd")"

There should now be "valve" and "remod_noffice" inside you Half-Life installation folder along with any other mod/steam-related folders you may have inside.

Restart Steam, "Night at the Office | Remod" should be inside the Games list.

If that doesn't work somehow, create a shortcut of hl.exe, open it's Properties, add " -game remod_noffice" to the end of the target bar.

Example would be "C:\Program Files\Steam\steamapps\common\Half-Life\hl.exe -game remod_noffice", changing them as you see fit.

Basically "Die Hard in Half-Life", am I right?

This mod is quite interesting, having some gameplay decisions that wasn't really something you'd do a lot in Half-Life with an ending that actually surprised me for once instead of the usual A goes to B and defeats C while saving D.

It had its moments, some fun, some not, some rather confusing and almost trial and error like, but overall I liked it. 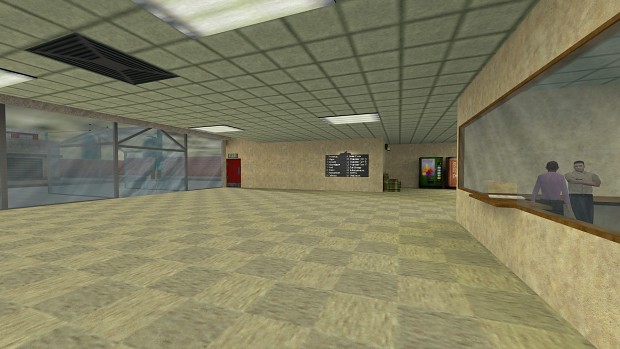 The architecture for this mod is alright, I've never actually been deep inside such a building so I can't exactly tell if everything's up to par with the real thing, but it looks believable enough to be a real building, with floors that have purposes and some being in construction, the vents could have some improvisations though, the vent crawl from the roof to the power room was quite uneventful.

The new coding stuff is cool as well, you got some adjustments to some weapons so you can't exactly rely on your normal HL knowledge, the flashlight is an actual equippable item and doesn't run out of juice, the weapons use single mags instead of ammo pools (they even drop mags when reloading, nice touch), and you got this nifty looking health bar HUD instead of the usual numeric stuff. 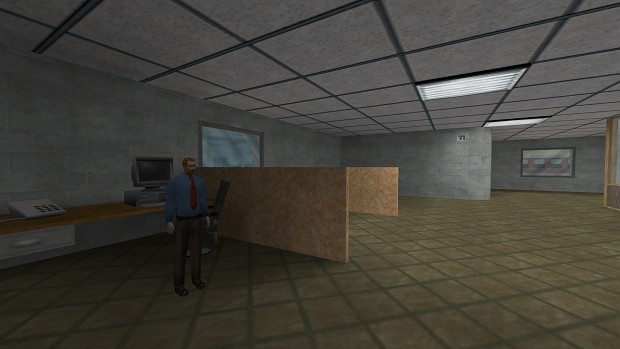 The crosshairs thing though, not so much. I don't mind having no crosshairs in games/mods if they at the very least allow you to aim the weapon's ironsights (something like STALKER and RECB comes to mind with this system), this mod doesn't have that.

It doesn't help when the 9mmhandgun, the most accurate weapon in HL, is reduced here to almost uselessness, I find the shotgun to be oddly much more accurate than the pistol, and used it during Dave's shootout with the terrorist standing near explosive tripmines, CONSTANTLY. 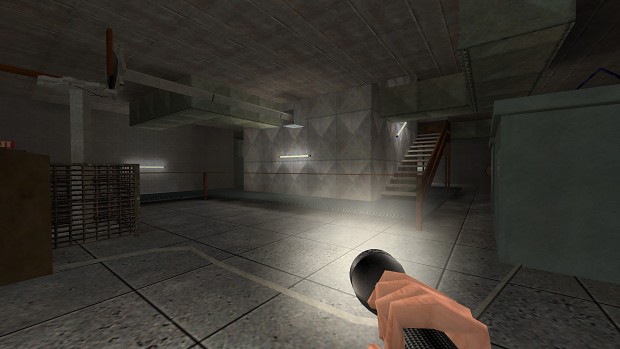 Character models are alright, you can kinda tell where the models originate from judging from their textures (the ladies are based from LD Gina, male civies are HD Gearbox scientists, etc), but I'd say they weren't too bad.

The weapon models were atrocious though, they do this perspective thing where they aim up instead of forward (I guess to simulate being held down?), which just boggles the mind for me, I don't mind LD stuff or the odd animation here and there, but camera positions like that disturbs me greatly. 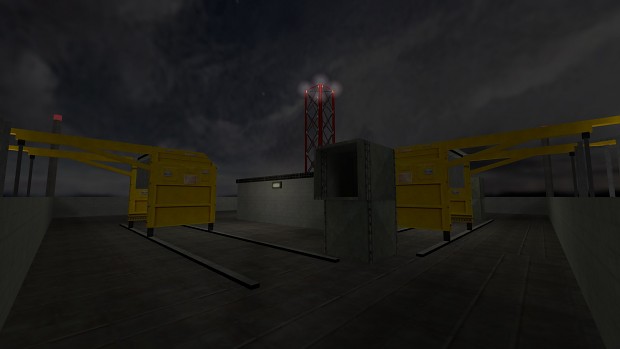 How you progress in this mod depends on how well you know the building combined with chatters from NPCs, the thing though is that some of them speak rather quietly or oddly, causing players to either miss some of them entirely or distracted to actually even listen to them in the first place.

When you're locked in the security room and Dave tells you where the key to get out is, he runs away from you as he's saying it, making hearing it almost impossible. 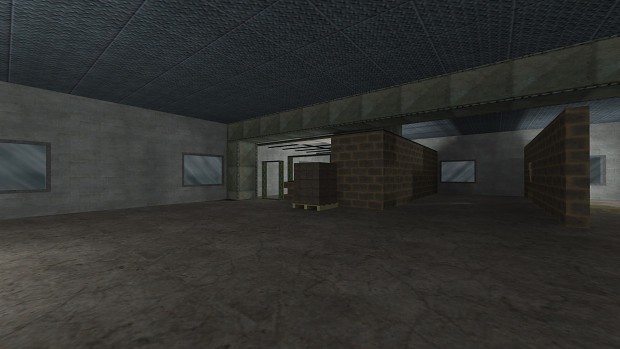 Some areas are also too obscure to see the way to move forward to, the beacon location thing and the vent from Maintenance leading to Security is obscured by glass, which looks like any other glass in the goshdarned building.

Speaking of glass, with enough ammo and a couple of hits from the axe, I was able to break the glass leading outside and jump down, normally, I would expect a trigger_hurt to kill me right away, but there wasn't, and what happens is that I fell down to the SKY area of the map, still very much alive. 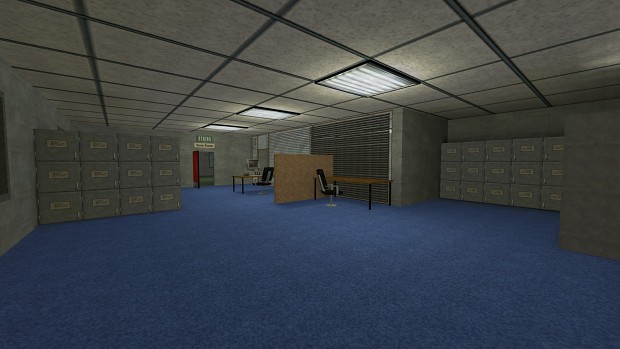 There's also next to no music, which is odd since the mod got 2 music taken from an actual soundtrack, so, no ideas if it's creative decision or if Darryl just couldn't find music for the mod.

I'd go to essays to explain more, but the rest are either not that much of a problem (doors not emitting sounds, lack of ambient sounds in some areas, terrorists being completely defenseless without weapons, etc), or I forgot.

That's all i can say here.

1.0 release of Night at the Office | Remod. This Remod already includes the original files, so you don't have to install anything else. Enjoy!

I always for sum reason seem to spawn in the floor when I start a new game and can only rotate the camera but not actuelly be able to walk or jump or crouch anywhere.

Both the training map and the main game starts with a cutscene.
Have you waited until it finishes?

Amazing, just like my old office job. Haha, I'm just kidding. Still a fantastic mod that holds up on it's own. Wacky.

Hey there Zik,can you do something like a remod to the original Half-Life?

Already hundreds of them lying around if it's just normal Half-Life.

I know but the most of them are very bad

What kind of glitch? Can you please elaborate?

Nice. I'll make sure to download it as soon as I finish the original.

Single Player
Tags
Embed Buttons
Link to Night at the Office | Remod by selecting a button and using the embed code provided more...

Hunt Down The Freeman Classic Half-Life

Half-Life with No H.E.V Suit Half-Life