Neptune is a single-player modification for Half-Life 2, taking place entirely outside the mother game's universe. Set primarily onboard a mysterious and desolate cruise liner, floating in the middle of the Atlantic Ocean, Neptune allows the player to slowly unravel the dark and disturbing past of the ship as he/she explores its once-grand rooms, corridors, concert halls, restaurants, bars and maintenance areas. Taking influence from games such as System Shock 2, BioShock, Thief: Deadly Shadows and Silent Hill, Neptune is an atmospheric, narrative-driven, horror-based shooter; an exercise in videogame storytelling and tense level design. It is expected to be released in Q3 2009. 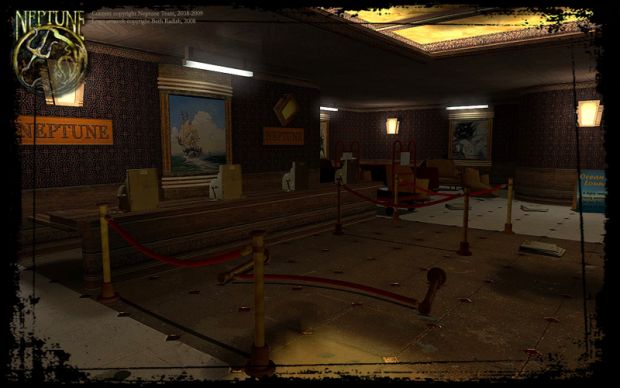 Great work! Really like the walls and the lights!

Looking great, now if ya don't mind!
*Rips everything, packs it, steals it*

It doesn't even have a single hint of city 17 to it!

looks great, but you might want to make a separate model for the ropes that have fallen over.

A couple of WIP screenshots from the earlier stages of the mod.