The dust has settled over the bargaining chambers of the Vienna, where the ideals of the French Revolution were believed to have met their final demise at the hands of the Ancien Regimes of Europe. After the tribulations of Napoleon's wars, the consensus established at the Congress of Vienna has restored a tentative calm to a troubled continent, with the Corsican upstart now isolated to Elba and the Bourbons restored to their rightful place. While the flames of revolution may have been put out for now, the ideas of human liberty, nationalism, and liberalism will soon prove themselves more alive than ever. In the Americas, those same ideas threaten to plunge a young republic in the devastation of a civil war. In Italy, countryman is turned against countryman. From the radicals to the north, to the Duke of Clarence's domain in the south, and finally to the many archaic Austrian holdings scattered around the centre. In Poland and the Low Countries, a dubious order presides over nationalists and loyalists alike, ready to burst into flames at any moment. In Africa and the Antipodes, distrust towards the European master is ever so slowly turning the tides of colonial hegemony, escorting a new dogma of popular self-determination. In all this, young Princess Victoria prepares to ascend to rule over the western entente, ushering in a new age of unprecedented technological process, unparalleled globalization, and insufferable consequences with it. The old Natural Order now reaches pervasively into the briny foam and riches of the Heart of Darkness in Asia and Africa to preserve its final moments of existence. Maestro, choose your instrument, and let the music play.

BRIEF INTRODUCTION TO THE LORE

The year is 1836, and Victoria is soon to ascend to the throne. In Napoleon Lament's timeline, Napoleon Bonaparte I never returned from the island of Elba, and the terms of the First Peace of Paris were far more lenient than historically, with the Second Treaty never even occurring by virtue of Napoleon's absence. Moreover, many clauses of the Congress of Vienna were altered to provide players with a new, yet realistic, Victoria II experience. Due to the Congress of Vienna's dominant position in European politics, only matched by the Peace of Westphalia, the dynamic of the Concert of Europe is changed immensely, asserting lasting effects across the entire globe.

In France, the Bourbons were welcomed by the French people, offering a much longed for period of peace following the intensive wars of Napoleon. With their apparent legitimacy and friendly relationship with the United Kingdom and the Low Counties, mutual splendor won the day, without the same revanchism brought by the terms immediately following Napoleon's return. With this, among other factors explained in higher detail in-game, the July Monarchy never ruled over France.

In the Low Countries, both the Cape Colony and the island of Ceylon were never ceded to the British Empire, and thus remained under direct Dutch rule. However, growing nationalism in the South African interior among conservative Afrikaners, calling for self-rule, poses a significant threat to the central avenue between the Dutch East Indies and Holland. Furthermore, in the Belgian region of France, (as France's natural frontier was allowed during the Peace of Paris) Flemish patriots have become wary of decreased autonomy since French presence rule in the region intensified. Despite the close relationship between the Netherlands, the United Kingdom, and France, many believe this may bring conflict to the western entente. Even the Kingdom of Prussia watches closely, ever ready to intervene.

In the Nordic countries, due to discreet arrangements between King Frederik VI of Denmark and Lord Liverpool of the United Kingdom, who became worried over the rapidly accumulating influence of Charles XIV of Sweden, a former French Marshal under Napoleon, Swedish Pomerania was reluctantly ceded to Denmark. This has backfired however, providing the Prussians with cause to liberate cultural Germans, and for the Swedish government to support such an action out of spite.

In Poland, although Czartoryski, a Polish patriot, failed to orchestrate complete independence for a Polish nation-state, he did succeed in securing a highly autonomous Polish dominion of the Russian Crown, as warranted by his close relationship with Tsar Alexander. However, as memories of that camaraderie begin to fade, and national fervor begins to rise once again, Polish nobles call for foreign support against their Russian masters, ready to rise up in rebellion. In this, the British Whig party ardently supports such a notion, and if such party is in power, it may call other powers such as France to its aid in a war to liberate Poland. On the other hand, Russia's position on decreasing Polish autonomy is closely guarded by Austria and Prussia, who wish to quell Polish nationalism in their own territory.

In Italy, after being the one Italian state never to fall under Napoleon's control for so many years, the island of Sicily was integrated directly as a British crown colony, as so many Italians preferred the liberal tradition of British constitutionalism over Sicilian feudalism. Moreover, in Naples, the Viscount Castlereagh agreed to place the Duke of Clarence on the throne of Lombardy, a constitutional monarchy modeled after the United Kingdom in accordance to the requests of so many Italian patriots in the region. However, in the Northwest, such courtesy was never provided. Thus, when Italian monarchs returned to the region following Napoleon's defeat and overturned the Napoleonic code, many cities rose up in violent revolution, proclaiming a republic. As French influence grows, and the new Republic of Piedmont sets its sights on the island of Sardinia, the coast of Genoa, and the Austrian holdings scattered across the peninsula, a war between the Lombardese moderates to the south and the Italian radicals to the north seems quite inevitable. 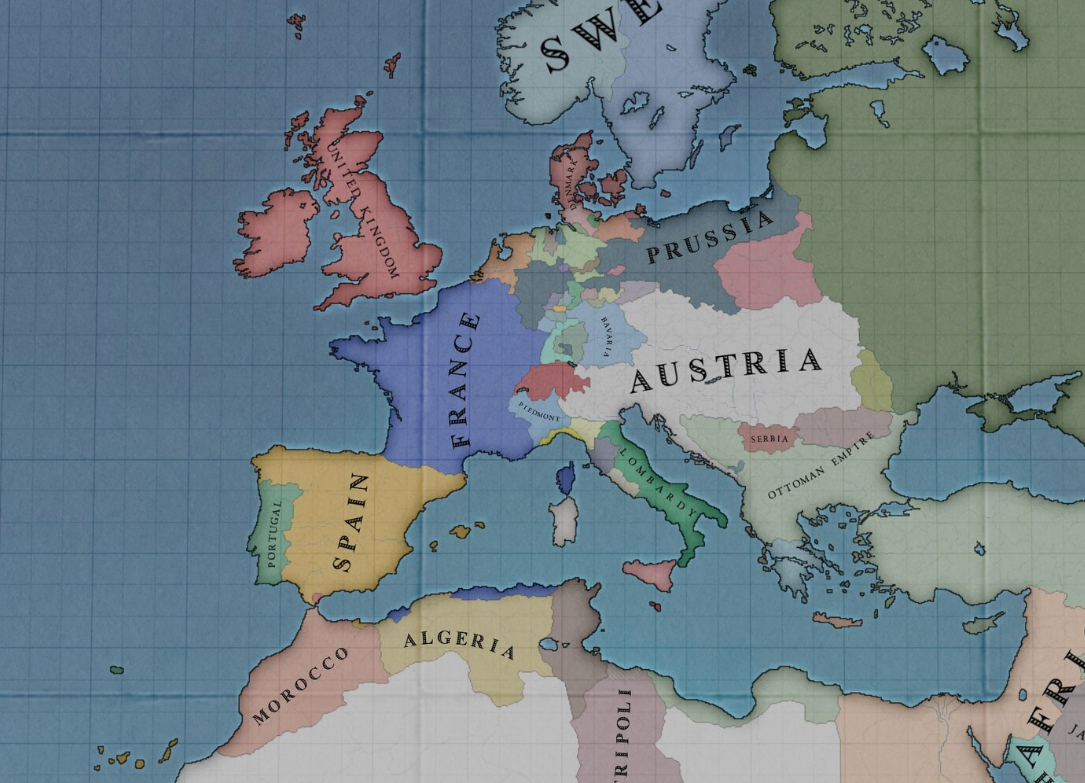 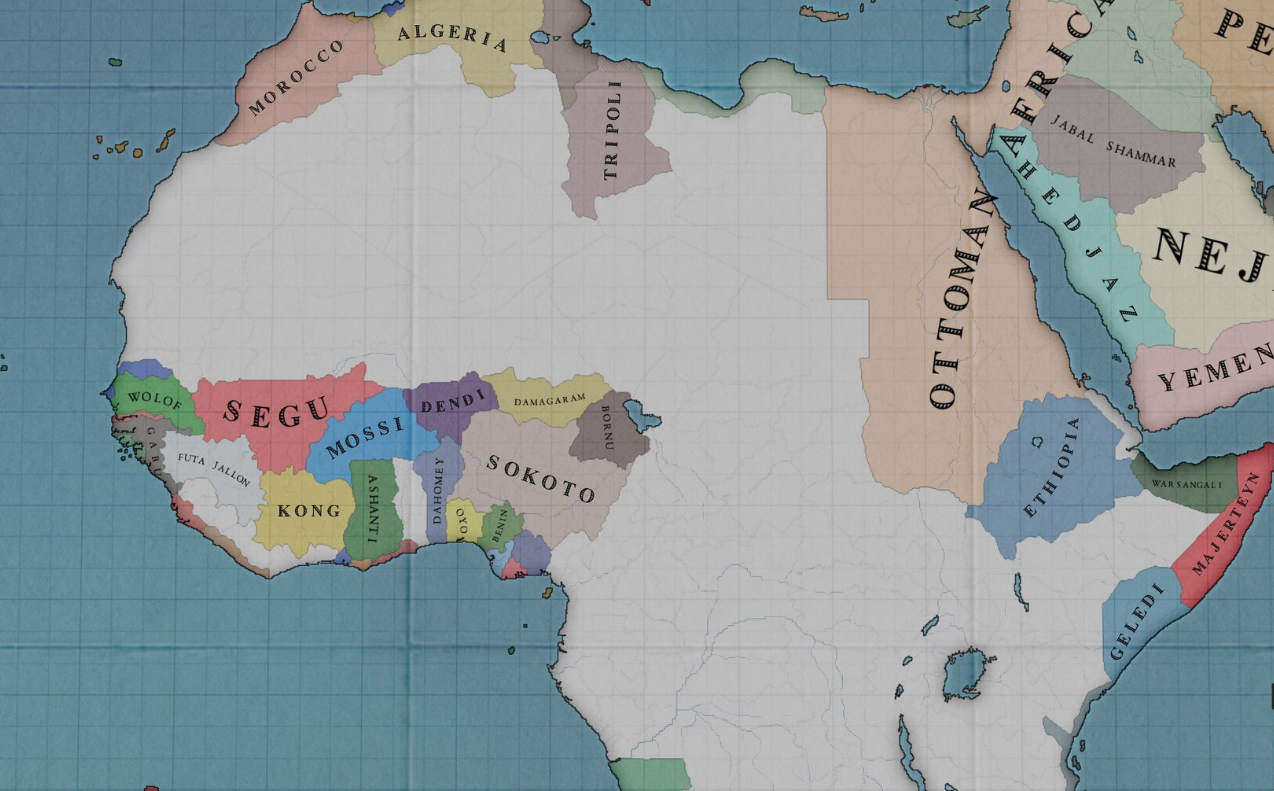 NOTE: Both maps are still subject to change, and likely will be changed in certain areas before final release.

NOTE: There are still many more features left unlisted, however they will be included in the final changelog of the mod's alpha version.

Overall, as a small partnership of two modders building Napoleon's Lament from scratch, we are unable to release the mod in its current state. However, we are putting in a high degree of effort to release the mod as soon as possible, in as high quality a state as possible so as to unburden interested players in having to deal with issues in our own code and whatnot. However, we appreciate any suggestions or feedback you may have, so feel free to ask away in the comments!

This modification would not be possible without the strong example set by the Historical Project Mod and all contributors to the Victoria II Wiki. Although this mod was built completely from scratch, many of our methods were inspired specifically by HPM, and thus we owe much of our success to it. Moreover, all of the suggestions already made by people in the comments have been indispensable in worth, especially in reminding us all of the actual fleshing out we have to do for certain nations to make this mod an enjoyable experience all around.

When is this mod coming out pal?

This looks even cooler than what I thought! I'm specially interested in the Netherlands now.

Btw I recently came across this althist thread about the Finnish War, and you might want to use some of it to spice up Scandinavia a bit. Or stick with the current changes :)

It's made by a swede and it seems very plausible as far as I've read. And I'd certainly like to see the effects of a swedish victory/stalemate at the finnish war. Maybe no swedish norway?

Either way, this looks great as it is. Good luck!

Thank you very much for the resources and support, we'll be sure to look into it!

The events look really cool and plausible and the lore seems fleshed out, good luck and thank you for your work!

Thank you, the support means a lot to us :]

Thank you for the support!

8 members
You may also like
View All Top Mods