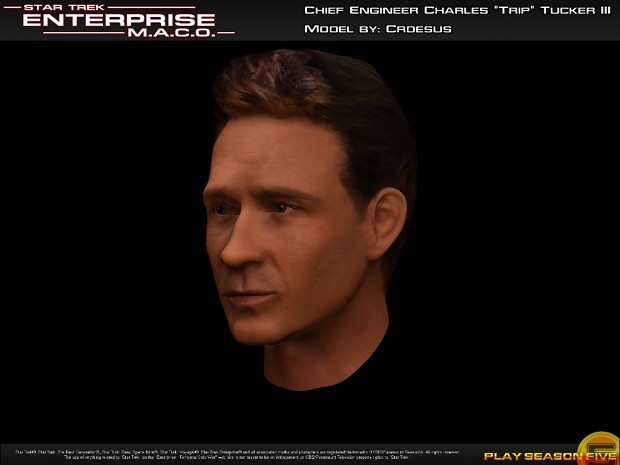 Whoa whoa whoa... back the truck up.

This should be interesting, lol.

Hey I'm just glad to have him back. He was always one of my favorite characters. (Damn those Star Trek writers for always feeling the need to kill off a main character at the end of a series).

I just wanted to explain the same, Croesus... :D

In the novels he didn't die, it was a cover-up from Section 31 so he could infiltrate Romulan space. :P

That is impressive! Did you work a lot with photo of the original actor, or how did you do the texture/hair for the most part? Very good!

Head sculpt of the Chief Engineer of the NX-01.