Hey guys! It has been some time since the last update, but as you will notice I've been quite busy. 4.9 is a massive update with changes all across the board.

Hey guys! It has been some time since the last update, but as you will notice I've been quite busy. 4.9 is a massive update with changes all across the board. With the holidays coming up I wanted to release an update that felt really special, and I hope you'll all agree when you've tried it out. As always check the list down below for more details.

Also I want to thank you guys for voting Morrowind Rebirth into the top 100 in the yearly Mod of the Year Awards. Feel free to show your support and vote in the next and final stage as well. Thank you!

With that said I wish you all the best. Merry Christmas, and a Happy New Year! 2019 will be an awesome year for Morrowind Rebirth. 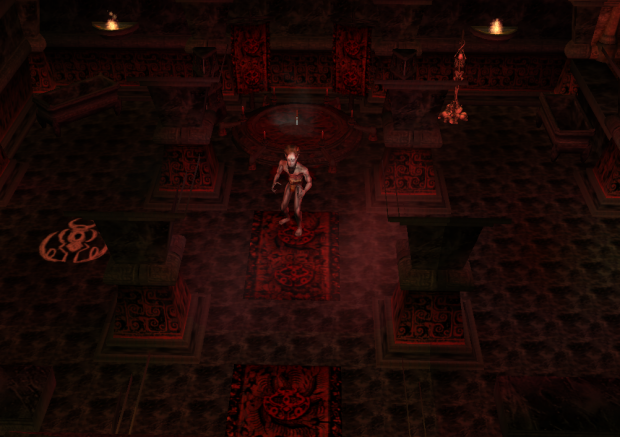 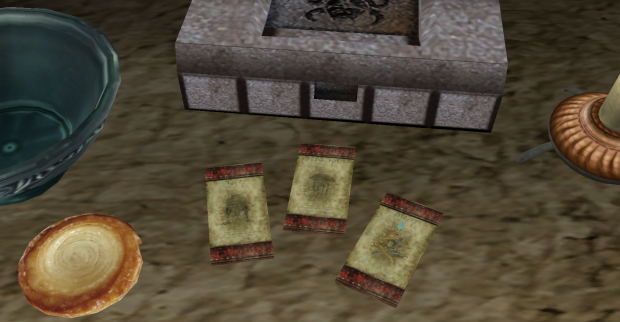 Morrowind Rebirth Changes
* Bloodmoon creatures, bosses and spawns have now been brought in line with the rest of Morrowind Rebirth's changes. Balance in Bloodmoon is notoriously bad, and this is the first iteration to fix it.
* The two unique Centurion Spiders variations introduced in Rebirth have been separated into two unique 'creatures': the Centurion Miner and the Centurion Drone.
* Any changes to Mournhold and Solstheim should now be gone. This should also fix all annoying doubling issues.
* Sword of White Woe, Saint's Black Sword and Saint's Shield are no longer included in random loot tables.
* Reverted Vampire Sun Damage back to vanilla values (from 10-10 points to 5-5 points per second).
* Khajiits will now buy all sorts of illegal items including for example Sixth House items.
* The Black Pearl is now an amulet instead of an ingredient, and uses a new amulet model.
* Ash Salts will no longer prevent you from bartering with various vendors.
* Increased the amount of ingredients available at healers, priests and alchemists.
* The entire population of Vvardenfell will no longer bother you about Solstheim.
* Increased the chance of ingredients spawning in non-organic containers.
* Generic Quarra, Berne and Aundae vampires are now a bit stronger.
* Added descriptions to Call Wolf, Call Bear and Summon Bonewolf.
* Re-enabled Absorb Health for spellmaking and enchanting.
* Landscape fixes and improvements. 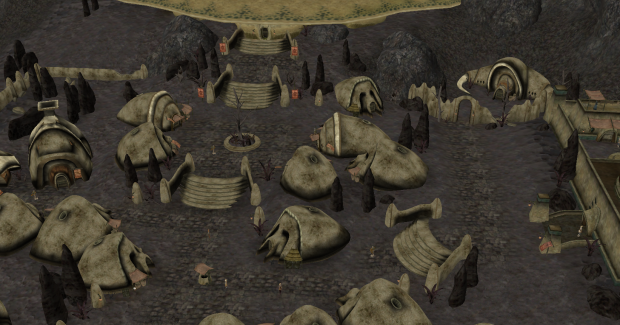 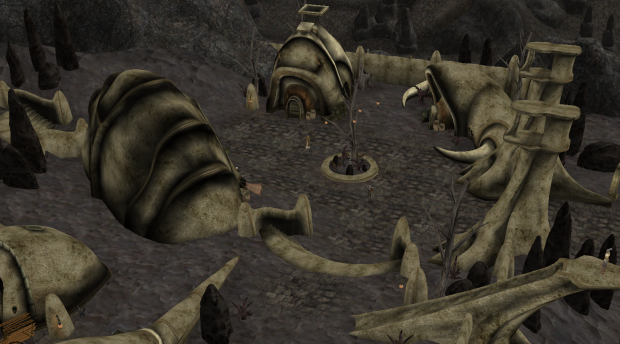 Major changes to Ald'ruhn including more clutter and landscape changes 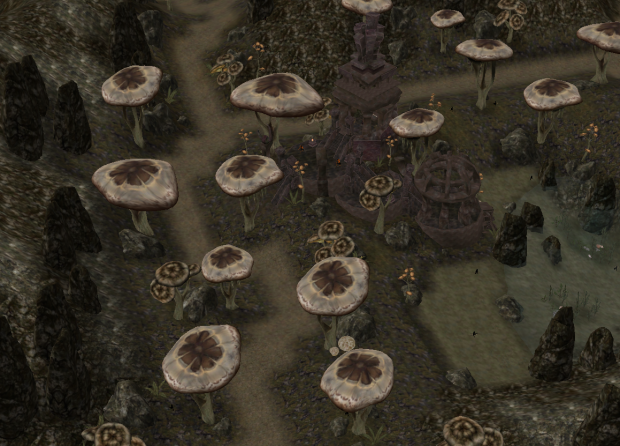 Ebonheart Overhaul: Part 2
* Added a few imperial styled farms outside Ebonheart that are able to provide the fortress with food in case of a siege
* Added additional defences including a new gatehouse and wall facing the dock plus a drawbridge at the front-gate.
* Increased the hight of the castle foundation and the hight of the bridge leading to the castle.
* Added a new lighthouse close to Ebonheart, overlooking the surrounding area.
* Added more clutter and details inside Ebonheart. 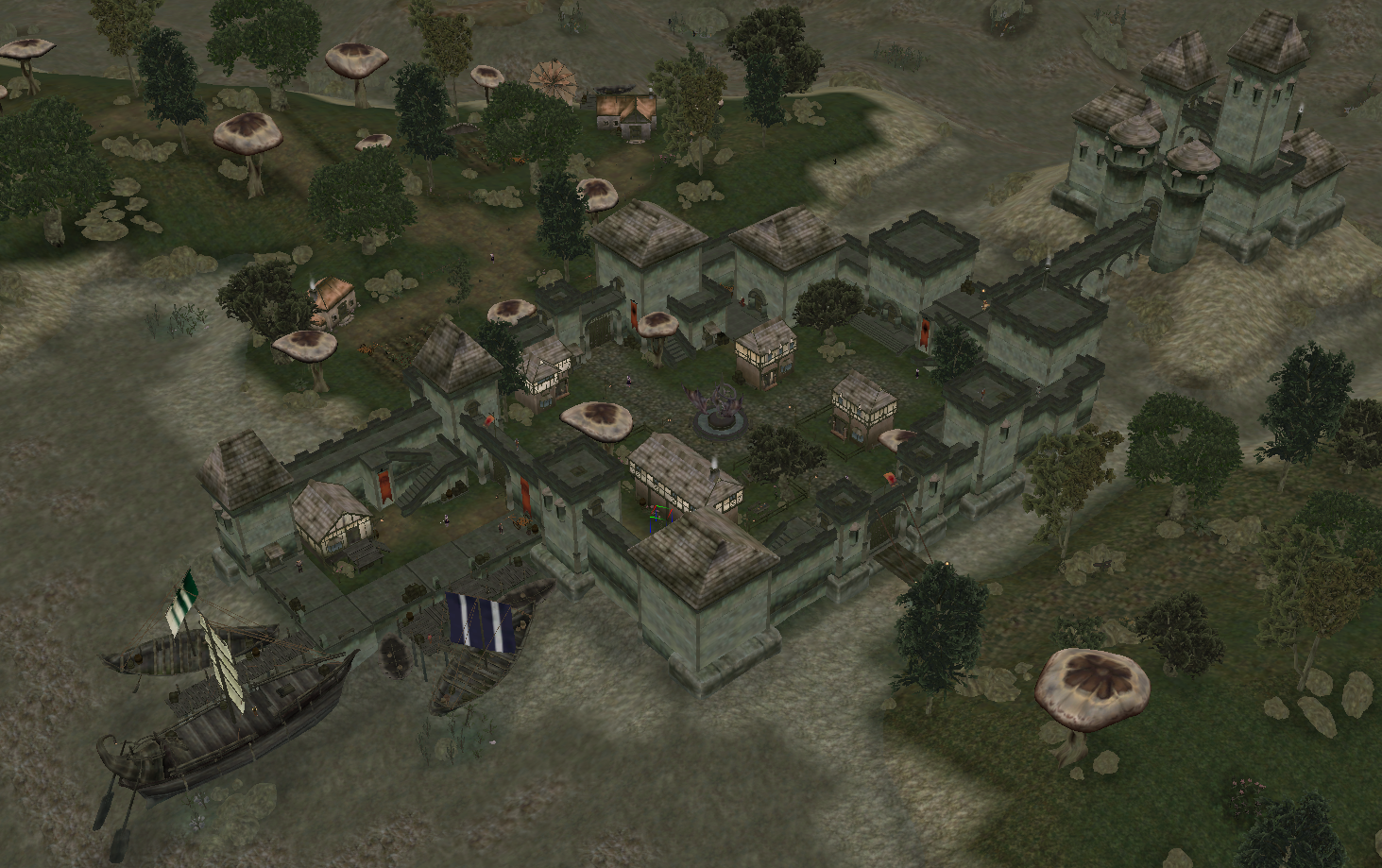 Several changes have been made to Ebonheart, including the farmlands south of the fortress

Unique Weapons and Armor Overhaul: Part 2
Many of Morrowind's unique armor and weapons lacked unique models/textures setting them appart from vanilla assets. With this overhaul I've gone through many of the uniques (some may need further tweaking in the future). 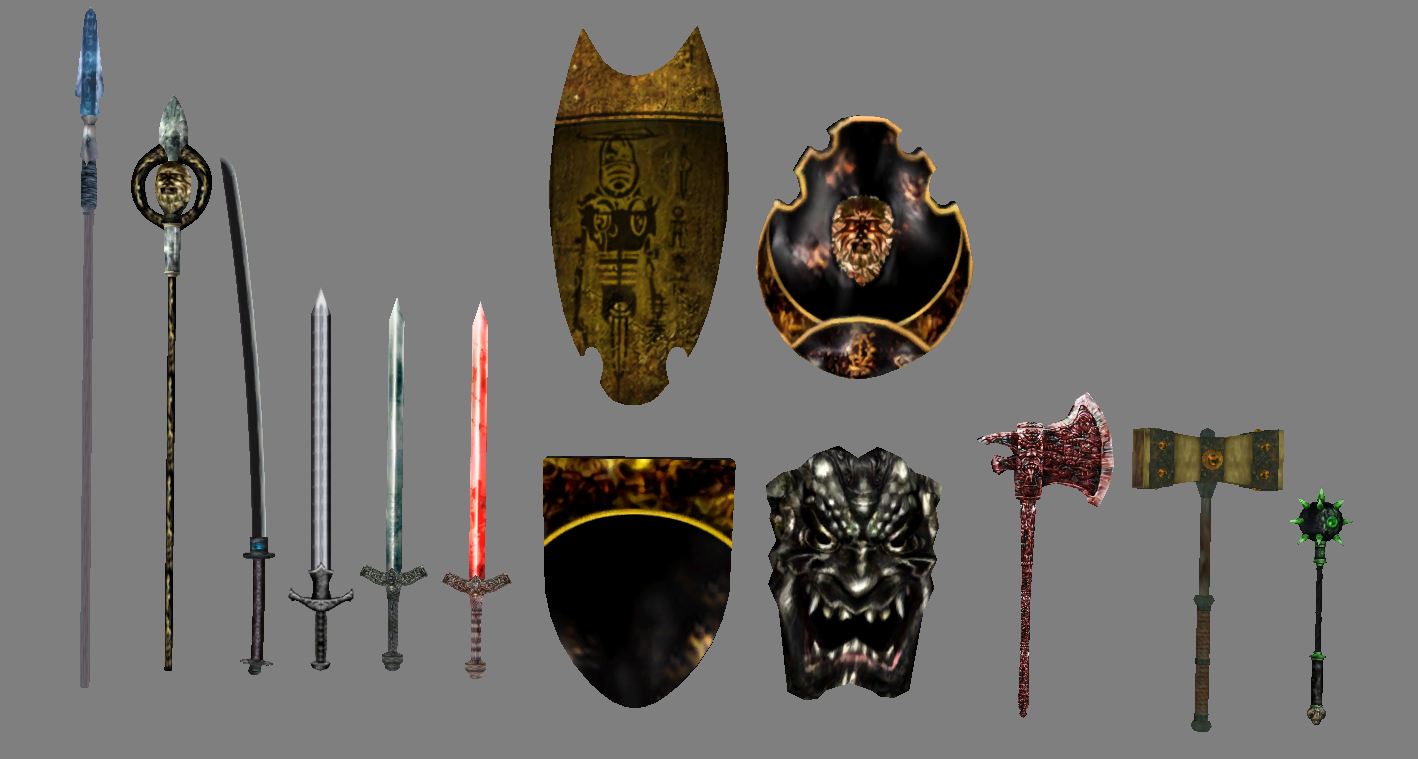 Suran Commercial District Overhaul
* A small overhaul of the commercial district of Suran focusing mainly on the temple, adding more clutter, walls and an additional building.

Odrosal Overhaul
* A massive overhaul of the Dwemer ruin 'Odrosal'. Getting Keening is now a worthy challenge.

Vemynal Overhaul
* A small overhaul of the Dwemer ruin 'Vemynal'. Getting Sunder is now a worthy challenge.

Hlaalu Guard Diversity
* Hlaalu Guards are no longer clones and there are now a large variety of both female/male guards. 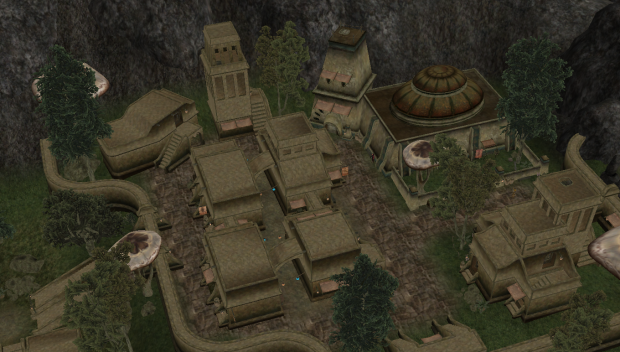 Several changes have been made to to Suran's commercial district 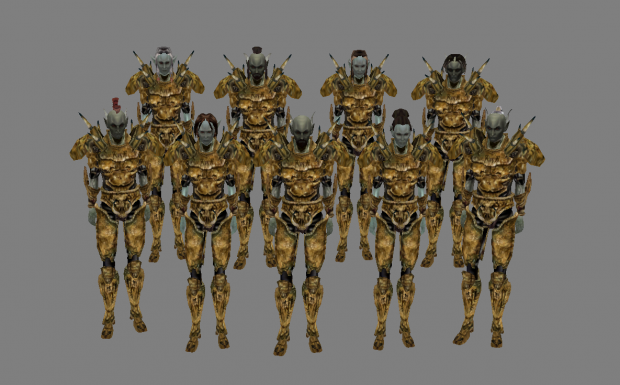 Hlaalu guards have been anti-cloned

Creatures
* Dremora Lord of Divinity soul value from 375 to 400. With this change Dremora Lord of Divinity is now the only respawning creature with a soul strong enough for a constant effect enchantment.
Previously you had to find a unique named creature, but this change should make the search somewhat easier.
* Fabricants are no longer immune to poison, rather they have a 75 % resistance to it. Also removed the paradoxal resistance to shock, since they already have a weakness to shock.
* Goblins are no longer immune to normal weapons. Also removed any other resistance from the various Goblin-types for consistency.
* Jotun speed from 45 to 40. 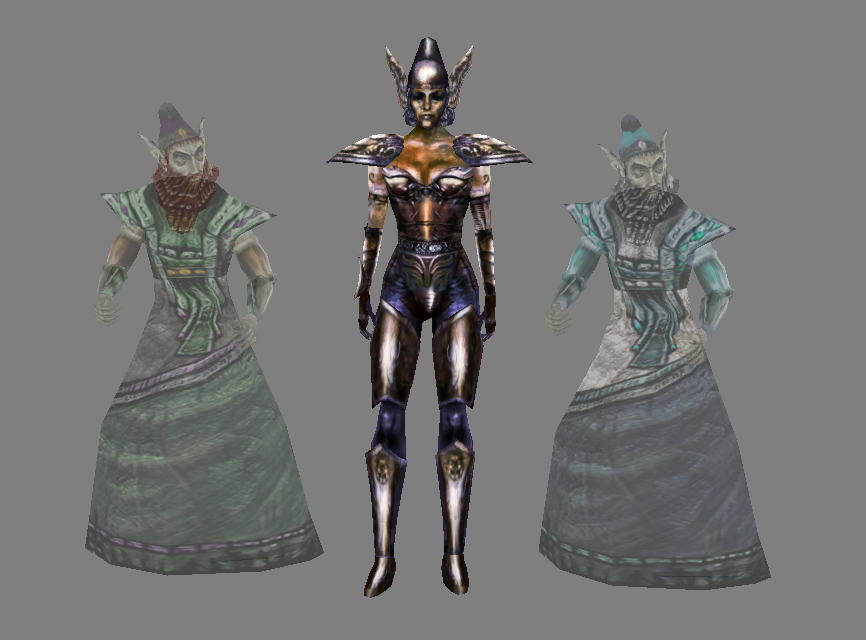 Some creatures such as Staada have recieved a unique look 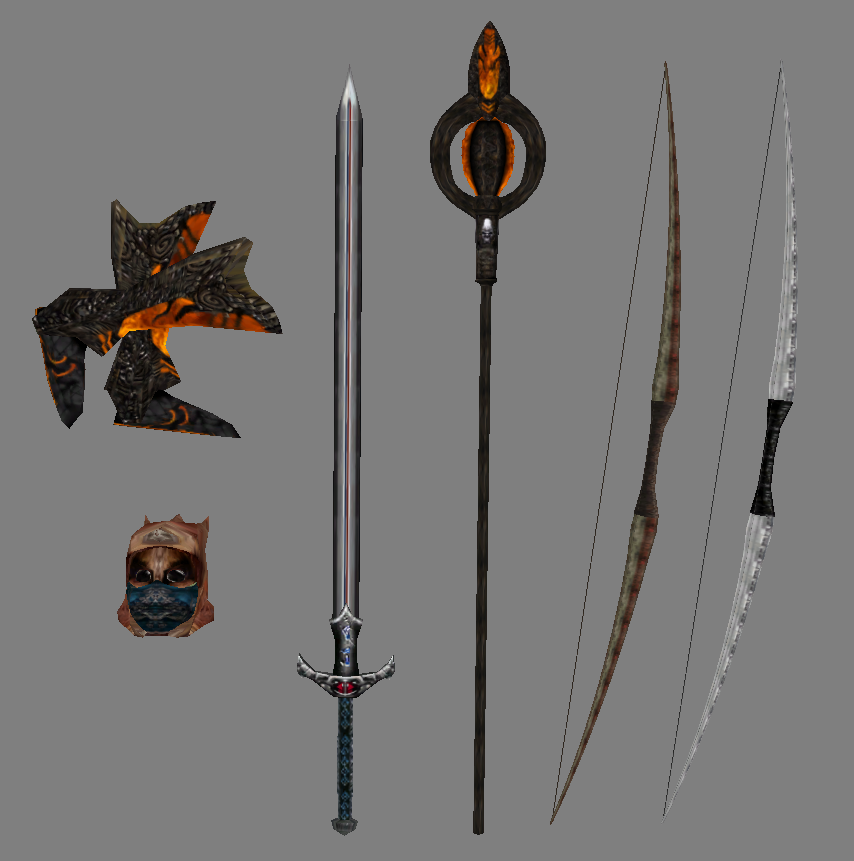 New artifacts for you to find.. 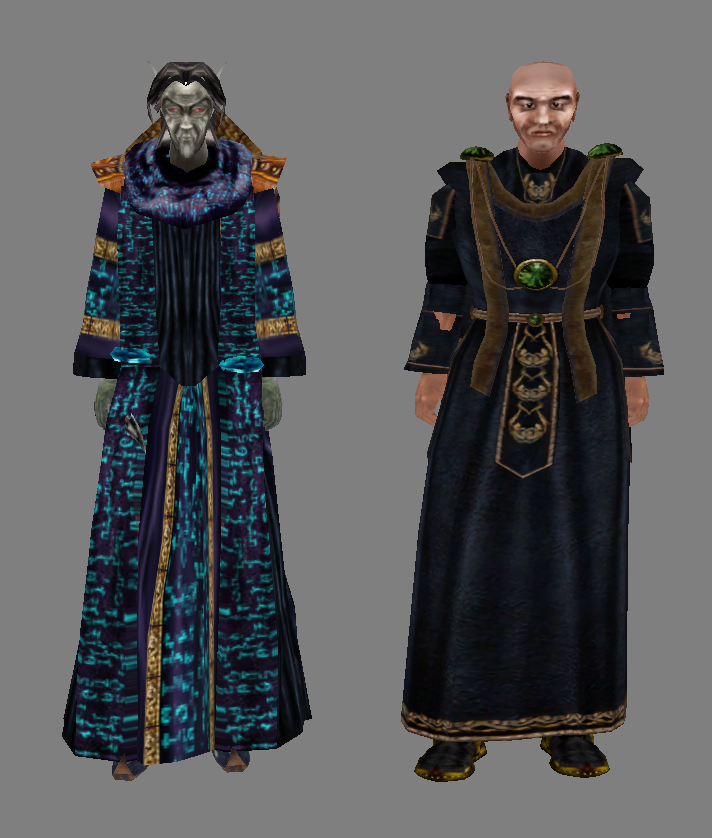 * Removed several textures from the archive that matched vanilla textures. Previously these textures would for example conflict with replacers such as 'HD Vanilla Textures'.
* Converted several .tga and .bmp textures to .dds format.
* New compatibility patch for "Uvirith's Legacy 3.53".
* A large clean-up of the file archive.
* Improved credit list.

Fantastic work man! Can't wait to play it with OpenMW 0.45!

Huge and impressive work...you can be proud ,mate !

Never ceases to amaze me.