"Dark Power" is the 3rd (and the last) DLC for Legend: Farewell Edition 8.3 and above. In this mod we control a shadowy character, a desperate echo of a cursed soul. In a quest to alter his fate - he is ready to pay any cost. Willingly signing a pact with the Heresiarch himself, now, given power and form - this dark warrior will tip the scales toward an even greater evil. Following his own sinister agenda or being merely a pawn in the mastermind's hands - little is known of this nameless stranger, or where his uneasy path may lead. This relentless rebel can wield both magic and guns. The mod combines the very best gameplay elements of all classes in Legend FW, along its own specials. The Mercenary is an ultra-versatile character, with his own custom-made story, artworks and ending. My last farewell to the realms of Hexen.

Greetings to all Hexen and Legend Fans!

The final chapter of this tribute to Hexen is almost here! The launch of the final DLC is just around the corner, and the release date is confirmed. After solid amount of playtesting, the calculations are finally correct. The desired game balance for the Mercenary character has finally been achieved. The game is calibrated at last to mandate the use of all weapons, environment kills, combos and special attacks, landscape advantages, spellcasting, finding secrets, tactical item usage and thinking out of the box in general. Otherwise - you will not survive, even with all the firepower.

I am very pleased with the result, and i can confirm that by February 9th, the mod will be released. The only thing left to finish - is the storyline. Believe or not, but there were at least 5 different storylines for this character. And while the story aspect in a game like Hexen may be considered by some as optional - but to me it has a special place. Especially the original. That is why went to such great lengths for the Marine Mod story.

I've got a mega-action-packed mod trailer for you, and new combat tutorial videos coming up in the mod videos section.

The Mercenary DLC uses it's own custom version of the most advanced Legend Farewell Edition ver.8.33 - something that is not released yet, so all the necessary modifications are already built into the mod itself. Still, latest Legend FW is required to play. Newest, the most polished and the most hardcore version - 8.33 is a definite must.

As for the Legend 8.33 itself, - it's release is planned to be simultaneous with the Mercenary DLC, cause they have to be used together. I will do everything in my power to avoid delays with this one. The only thing that is stopping 833 from immediate launch is that it needs to be further tested with a weaker characters, such as Cleric. Currently 8.33 is optimized for power characters like the Marine and the Mercenary - so more experimentation has to happen to confirm things once and for all.

I did save though, the greatest news for last: after over a year long break - the development of Wrath of Magic: Farewell Edition has been officially resumed!!! More details will be posted in a corresponding article. 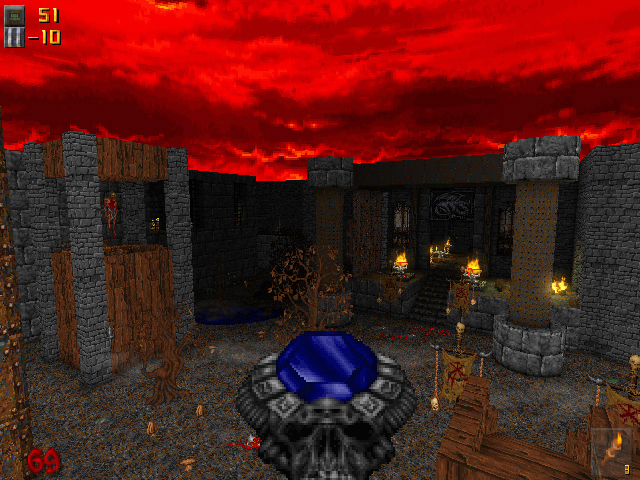 High view of the new Refectory Courtyard, redesigned in Legend 8.33 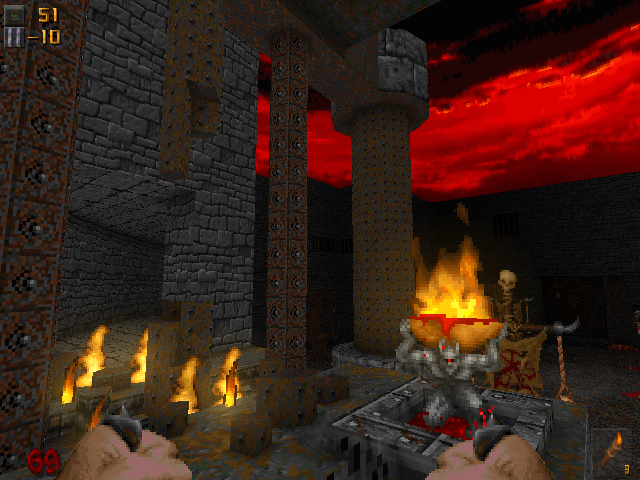 A broken beam reveals a passage...should we venture forth? ...hmm...is there a choice? Sure there is! In Legend 8.33 there is more non-linearity than there was in Hexen. Many times things do not need to be passed in the same order they had in Hexen, and usually - when such option exists, you better take it.

For example, the 2nd part of the ex-Guardian of Ice and Forsaken Outpost - are best attacked while equipped with Wings of Wrath, and not in the order you encounter them. The Refectory has multiple paths in it, and a lot of them are connected to the Orchard of Lamentations... 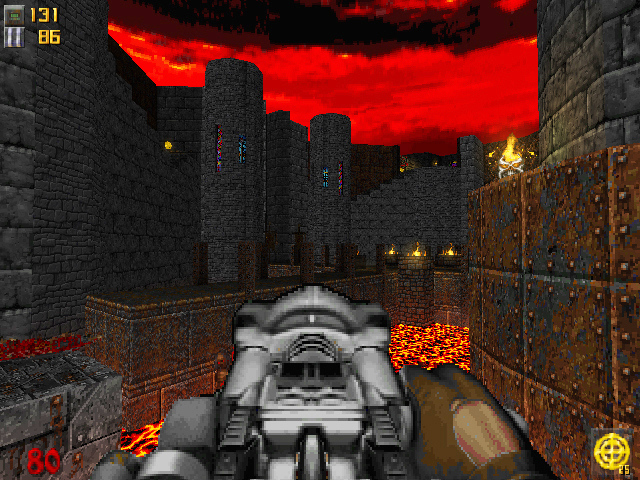 The mightiest and the best castle in Hexen: Legend - the Monastery! This hyper-enhanced remake of the well-known stage is second only to the superb redesign of the Vivarium, which truly is the pinnacle of Legend level revisions. Aww...but that is another story. 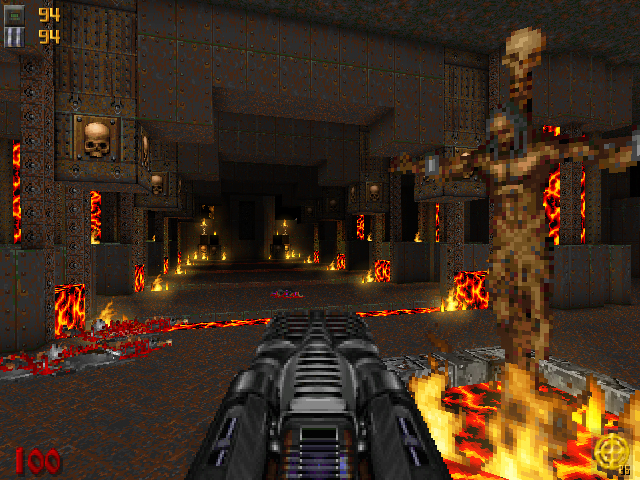 The 3rd (and the last) Legend Farewell Edition character DLC, finally making it the total of 6 heroes. The Mercenary is a dark character who handles well...

Legend: Farewell Edition 8.33 (soon to be outclassed and obsolete)