It is an independent, revised, reviewed and enhanced conversion

of Medal of Honor: Allied Assault and it's Expansions.

In 2010 I decided to save Medal of Honor: Allied Assault on my hard-drive to play it sometime later again. The atmosphere of this old game was simply enthralling.
However, just Medal of Honor wasn't enough. I added mods by various authors to the game. Some were incompatible together, so I decided to modify this mods. Therefor I created a new HD texture pack and added custom singleplayer maps by other modder's. Also I liked to aim on sight, so I added two ironsight modifications, fixed some bugs here and there. In 2010 I finished this standalone conversion with cmd runtimes to play that conversion I would like to play.
Now I like to release my package here at Moddb for the public. My conversion got some more fixes, an installer and a graphic driver guide to fit the resolution and 3D settings. All in cooperation with ZYQUIST & DERRULB.
_UNWRITTEN

Medal of Honor: Blurred Remembrance includes Cooperative gameplay with V1.60. We included four modifications for coop and runtimes to start each, start server, choose settings and so on. The Cooperative Mod is made by Marvin_hun & S.D.A..

MoHAIM & Reactivated2 are mods to aim on sight. These are available for conversions of Medal of Honor Allied Assault.

To aim on sight press the walk button. The view is changing and the crosshair will disappear.
You can bind Run/Walk from the Medal of Honor Options menu, panel Controls, to the right
mouse button. You will need Secondary Attack to aim with sniper rifles. Therefor you may use
Left Shift or an other button. 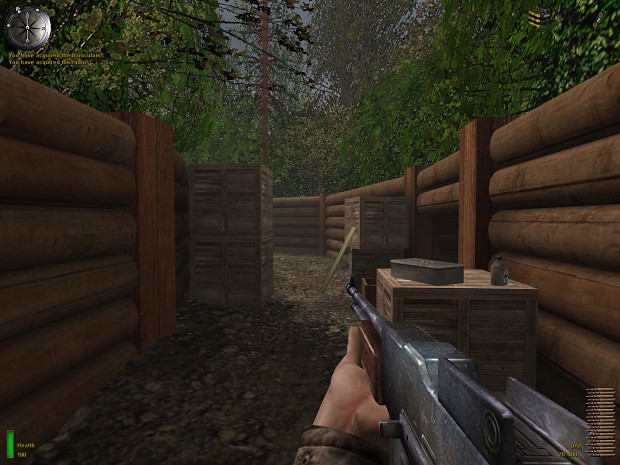 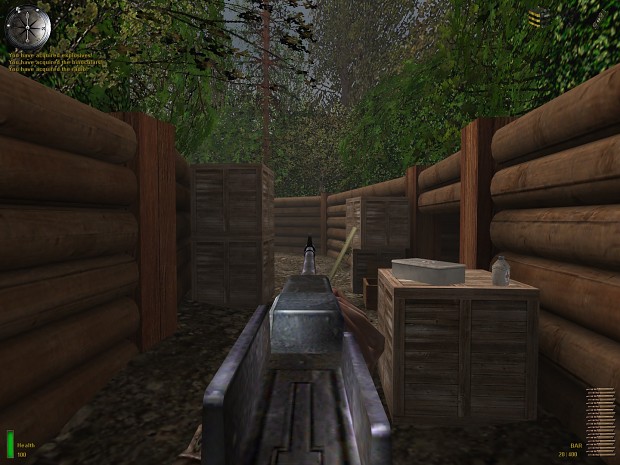 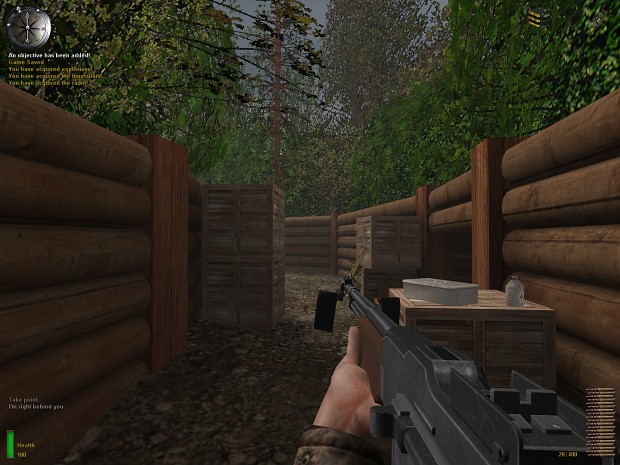 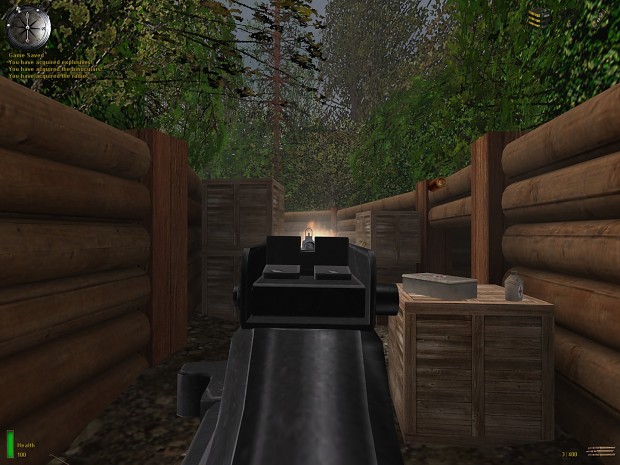 To give Medal of Honor: Blurred Remembrance a fine look we took together some texture packs and made 1080p available within the configuration setup. Everything for more enjoyment.

> Comparision of the Textures 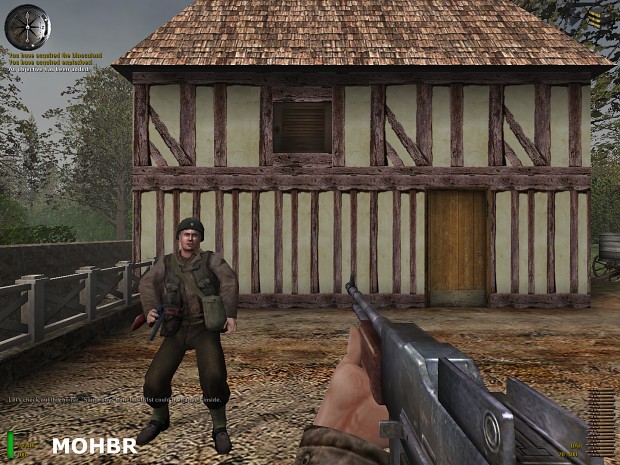 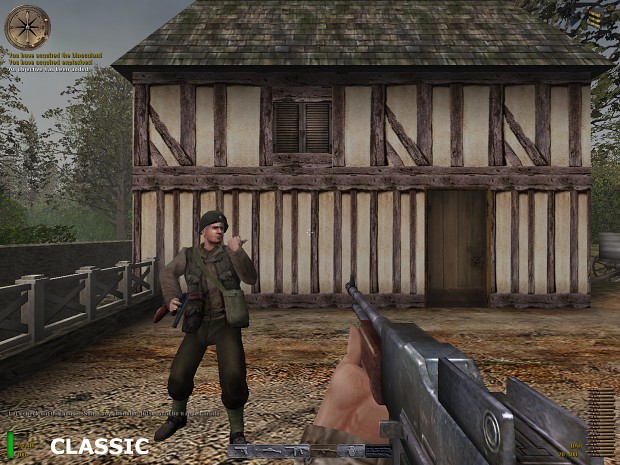 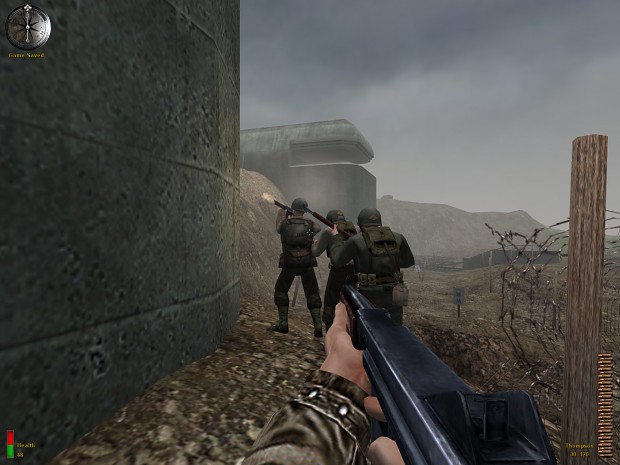 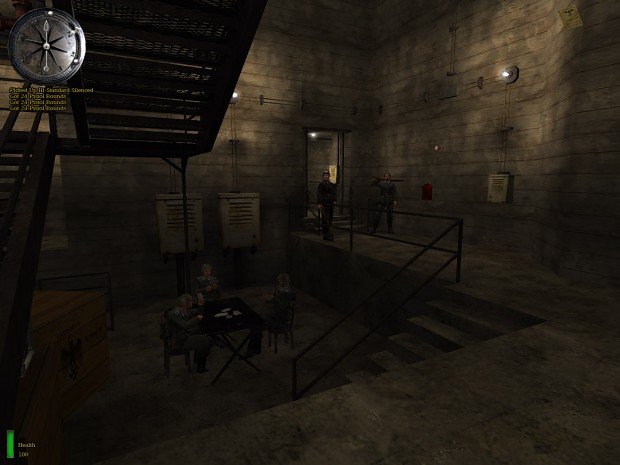 > SETUP
Simply collect all five parts of Medal of Honor: Blurred Remembrance and extract them to on one folder on your harddrive. Use the installer and read all instructions carefully.

> DISCLAIMER
Some MS Windows or hardware setups and settings could cause crashes when playing Blurred Remembrance. Please remember that we did not edited the engine and simply modded a solution everyone could have fun playing this game with merged mods. The default MOHAA would possibly crash too on you machine. So please! - Don't review this mod with bad points, while we did hard work to get everything together. It`s your machine and your skill to make games run on it.

> ANTIVIRUS
The installed runtime shortcuts (like MoH BR - _UNWRITTEN.exe) may cause some problems with
Antivirus Software. They are clean and you can exclude them from checking.

Support with patches, else nothing yet

We really appreciate all kinds of feedback. Let us know here on ModDB what you think
about the mod and we are sure to reply. We also wan't some more reviews.
Regards _UNWRITTEN, ZYQUIST & DERRULB

A special thanks to the mentioned authors

A big thanks to the possibilities of ModDB 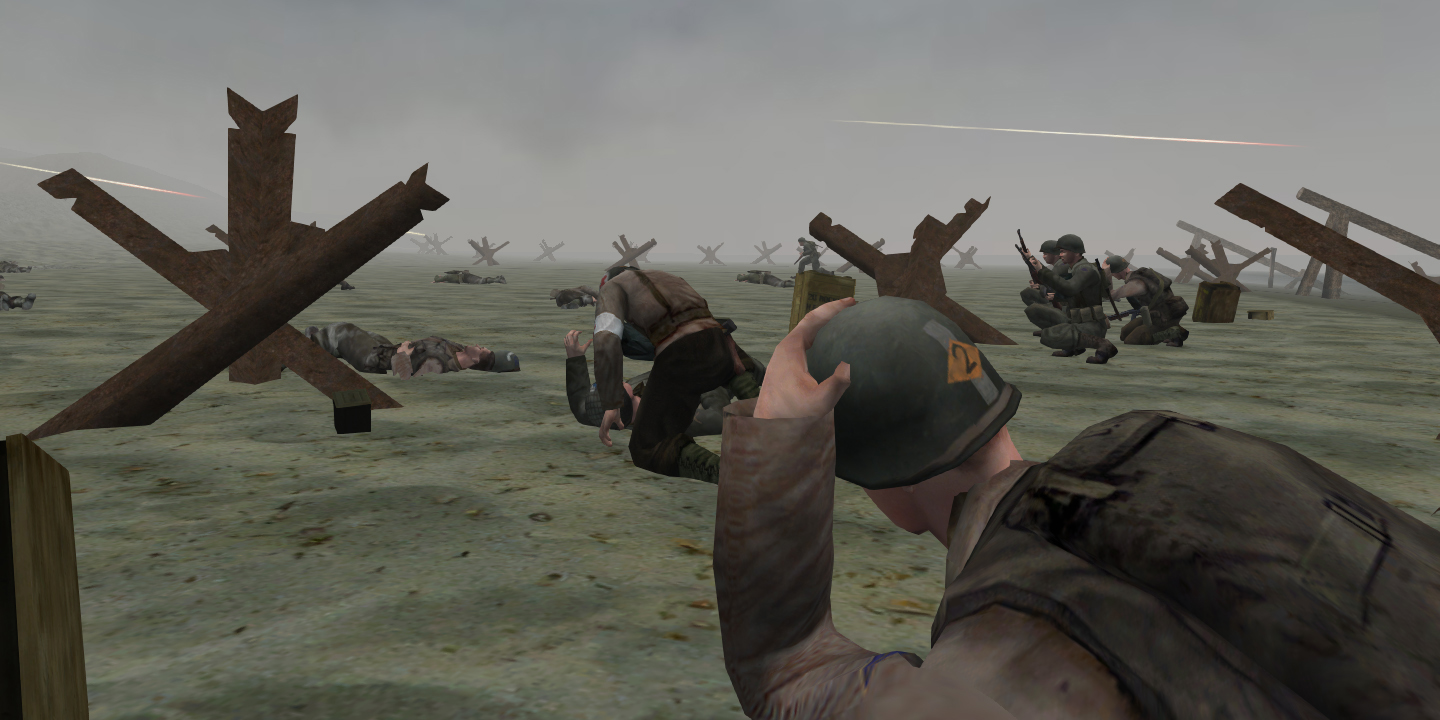 & stay tuned for this upcoming release of Medal of Honor: Allied Assault.

After some tests with Coop and Das Ende we are announcing the first patch for MOHBR V1.60.

The Patch is overwriting the setup config, you should do the setup again.

If you are new to this mod please read the main page of this mod. Thanks

To play Coop lagfree use developer 0 in console. Also it appears you can`t join your own dedicated server. We have no clue why yet (maybe you need to start a map).

Download this and extract the zip. Use the installer to apply this update.


Simply collect all 6 downloads. Afterwards collect all 5 .bin parts and the installer .exe unzipped together in one folder in order to install Blurred Remembrance. Read all instructions carefully.

We really appreciate all kinds of feedback. Let us know here on ModDB what you think
about the mod and we are sure to reply.

Check out this NVIDIA-Guide for perfect image quality.

(This guide is also included in the MOHBR V1.60 installment) 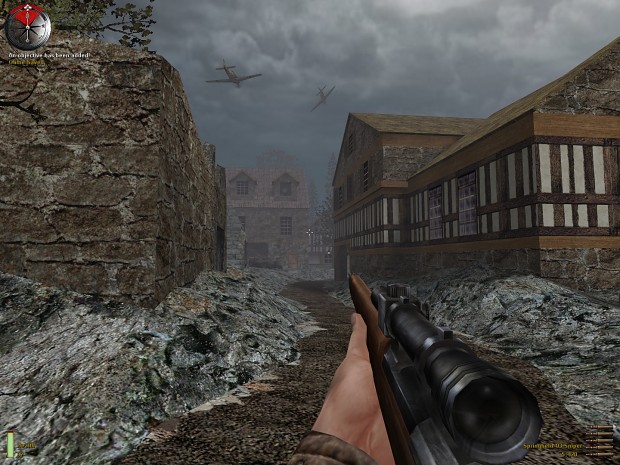 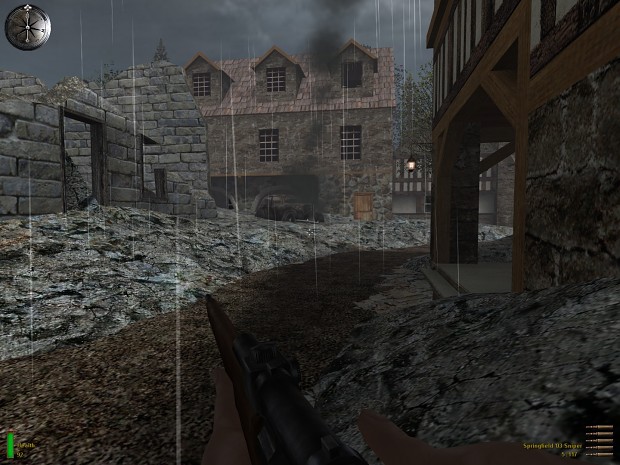 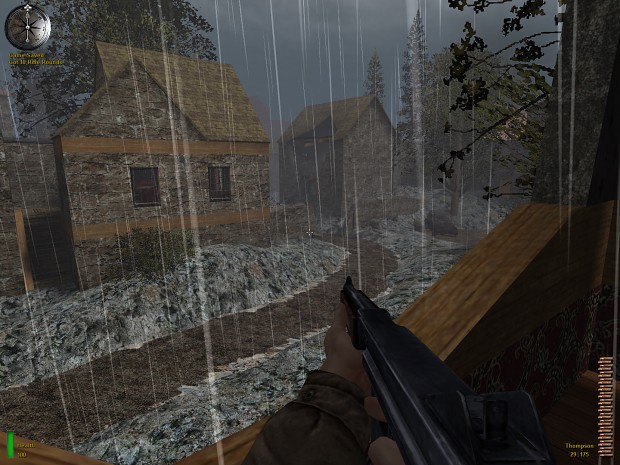 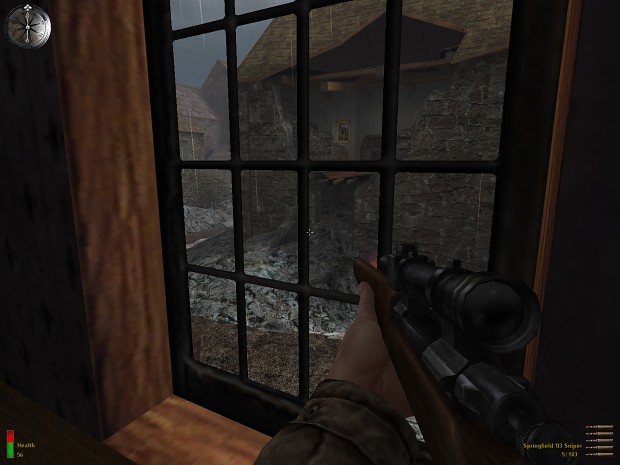 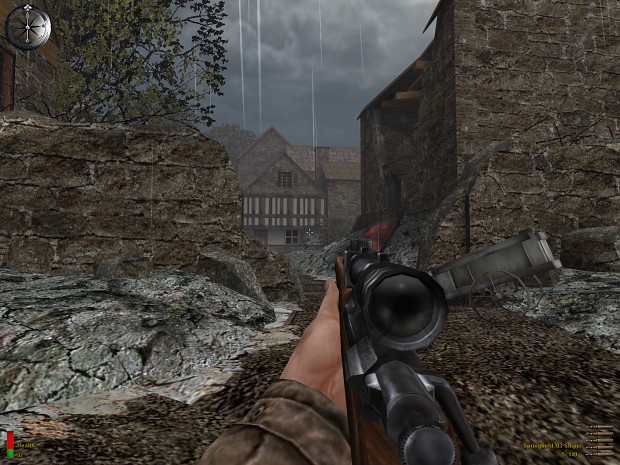 Special thanks to the mentioned authors (see CREDITS) & to the possibilities of ModDB (PLEASE FIX YA ARTICLE CONTENT EDITOR, HORRIBLE to work with sourcecode and stuff).

Multiplayer? Coop? Check out the #3 News-Update for MOHBR.

It was a long time quiet around the Medal of Honor Blurred Remembrance. Now we are back with the second status update for MOHBR V1.60.

Hello, on breakthrough Im getting a ui text saying how may npcs there are in my area, it goes like this NPCS: allied (X) Axis (X), is there any way to turn it off?

Awesome mod, great fun for playing the MOH Allied Assault, although I don't have the MoH BR & Reactivated2 for Spearhaed and Breakthrough.

Because the textures are still the old ones in those two

Hey, how do you set a custom resolution when using this mod?

What does this mod even do? I dont understand

how do i add custom textures to your mod ?

Hi, simply add a pk3 file into the main folder like normal. Add some zzzzz letters for loading order.

Can you tell me if this is a Virus or not? Just because my AntiVirus says it is a Coin Miner Trojan virus.

Hello, the installers or executes of game are not a virus. I used the nsis installer system, which is used by many mods.
The game executable are simply .cmd files which rename some files to enable specific mod arrangements. I know avast is saying this is a virus, because windows don't know it, also its invisible whats the exe's are doing. I also added .cmd/.bat files, as I remember, so you can start your game without this transformed batTOexe (icons) files.
If you have any more question, please ask.
Thy