McLeod in the High Castle

McLeod in the High Castle is a mod under development that intends to not only attempt to finish what Tridicate started, but to also make a mod that's stable and more fun.

By combining both Tridicate's work and some unique ideas, McLeod in the High Castle aims to let the player either preserve the Axis domination of the world, or rise up against the world order and try to correct the wrongs by reestablishing the USA, or play as Canada and liberate the United Kingdom. The possibilities will be endless.

The Future of the MHC Mod 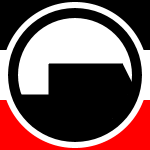 It has come to my attention that the MHC mod has a problem with the economy. Big countries such as Germany and Iberia have been reported to have fallen into an inescapable debt problem. To make matters worse, I honestly do not know how to mod the economy to prevent the debt problem from happening. As such, I have decided to put the MHC mod project on hiatus in favor of working on the Kaiserreich: The New Legacy mod project. The hiatus will last indefinitely until I figure out how to not only mod the economy, but to also fix the debt problem. If you think you have a solution to the debt problem, please let me know and I'll try it. Sorry for the inconvenience.

I've released the first Pre-Alpha version today of this mod.

Yes, I have completed the total world conversion from the world of OTL to the world of the Man in the High Castle. As such, the Pre-Alpha version will...

I am glad to say that the total world conversion is now almost complete.

Very good start! But i want to tell you about some things I've noticed. First of all, the economy issues, when you start with a big nation such as The Reich or Spain the economy is collapsing 100%, you must fix that. Second about some names and some countries, the name of Italy is not valid, in my opinion you must change it to fascist Italy or Blackshirts Empire. Also i believe that in the Man in the High Castle universe there is a Soviet Union, but borders with Reich are different, you must search that. Last but not least, you must change the Washington DC province as unreachable cause of the former nuclear attack and of course you must develop more and more the events and perhaps a storyline events.

I will be wait until your next release !

i have a question,would it be possible to make the minor axis powers playable as well. I'd love to play with countries such as Romania, Hungary, Bulgaria, Slovakia, Croatia, and Vichy France. Thanks

Considering that the mod is about to be in Pre-Alpha, I haven't created puppet versions of those countries as I am getting the bare minimum up online tomorrow. However, the countries that you mentioned may appear in a later version of this mod.

Hello! I would like to know when you will release a playable version of this mod ?

Single & Multiplayer
Tags
Embed Buttons
Link to McLeod in the High Castle by selecting a button and using the embed code provided more...

1815: The Concert of Europe Victoria 2: Heart of Darkness