This mod greatly improves all aspects of the game and makes it a whole better experience.

It contains new ai which builds ships based off their current tech instead of preset ships. All resolutions of the ships have been improved, the weapons have all been changed to a better quality and seems more intense. It's a brand new experience altogether.There is now a new picture pack which can be downloaded, this picture pack replaces many army pictures eg Mobile and spies. There is now alternate nebula and star packs available to download.

HOTD: 1 Year on and Looking Back (Repost)

Ok I posted this before and somebody deleted the news post, yea I know really suck but I wasn't even warned about it. This was originally posted on 6th August and was deleted recently being around a week I think. If anybody has a problem about this news post then tell me and if you really don't want it there then I'll remove it myself so you don't delete it for all the mods connected to it.

Im annoyed about what happened so just understand and talk to me before asking it to be removed whoever that was.

Here's the link to what was the original post, see what happens. Here's the news post now.

News Post
I added this to all the mods I did and anime fans of moddb as this is anime related and I have done others anime mods which people might be interested in so they'll just have to bear with it for now. I hope you have a good read on this article so have fun and tell me what you think.

This mod is based on the anime and manga of the same name High School of The Dead written by Daisuke Satō.

I wanted to do a mod based on HOTD after I watched the show, I really liked it and I decided to do it for a game that I frequently played. That game was as you can see was mount and blade, I started work on it back on july the 3rd 2011 and you can see that by this topic I posted on taleworlds forum.

Back then I was thinking of doing the mod with paint textures to get that anime feel but after months I realised that it didn't turn out so well. When I got around to doing faces it became really akward so then I just decided to not use paint textures and try to do it myself. I really didn't know what I was doing when I started the mod and I really only got geared up around the start of this year as compared to what I did last year was nothing to this year and you can really see that if you look at what I did in those times.

Here is an example of the paint textures, see it doesn't look any good compared to the costume with an actual texture. 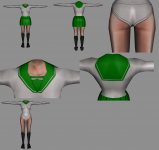 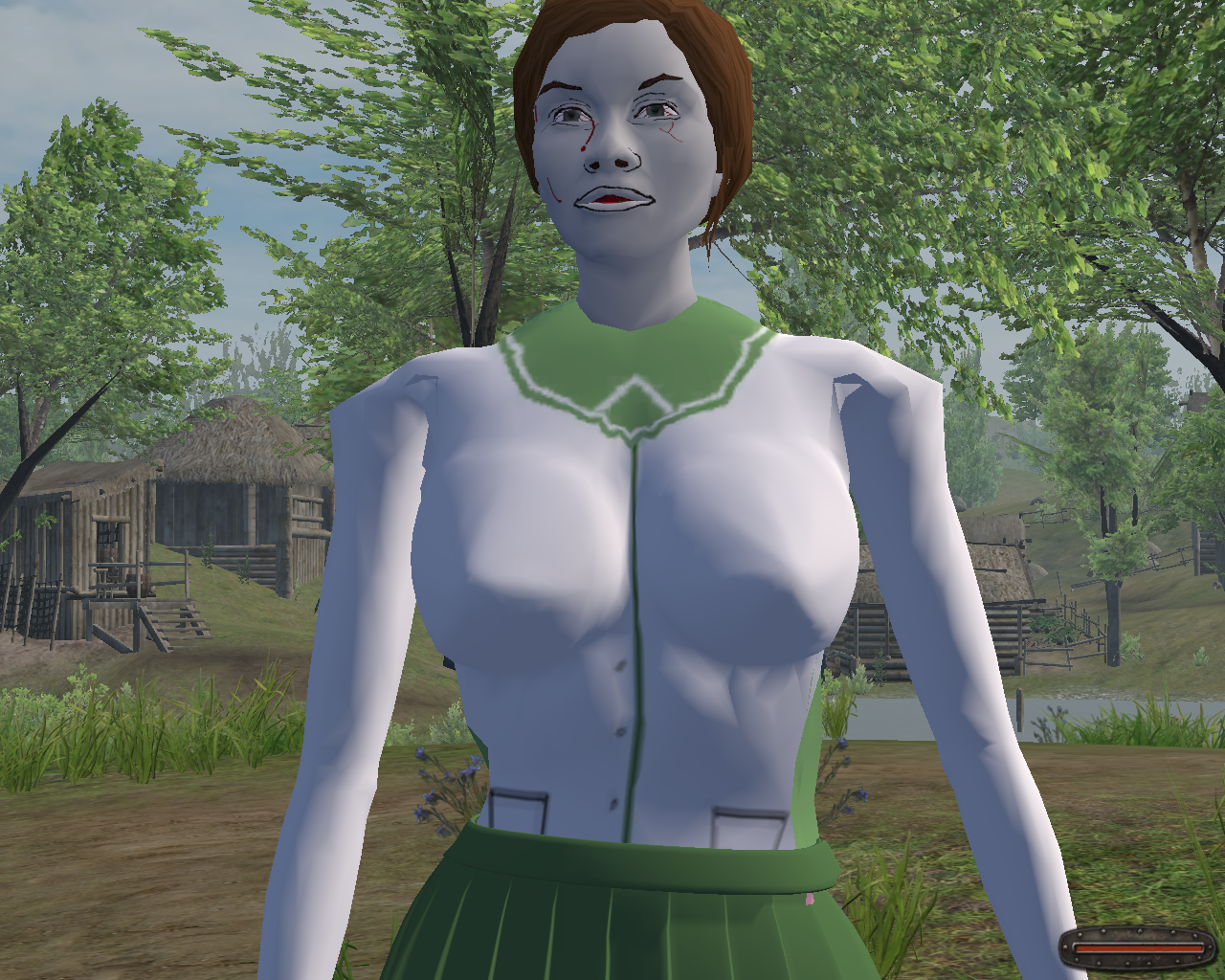 Over the past year it may not have seemed like I have done much with the mod but I have spent a ton of hours on it and it has paid off as I know how to model basically and do many other things so it was time well spent. You wouldn't believe that I spent 3 hours or more on this face texture alone, I went around it pixel by pixel but as I have said before this was around when I really didn't know what I was doing. 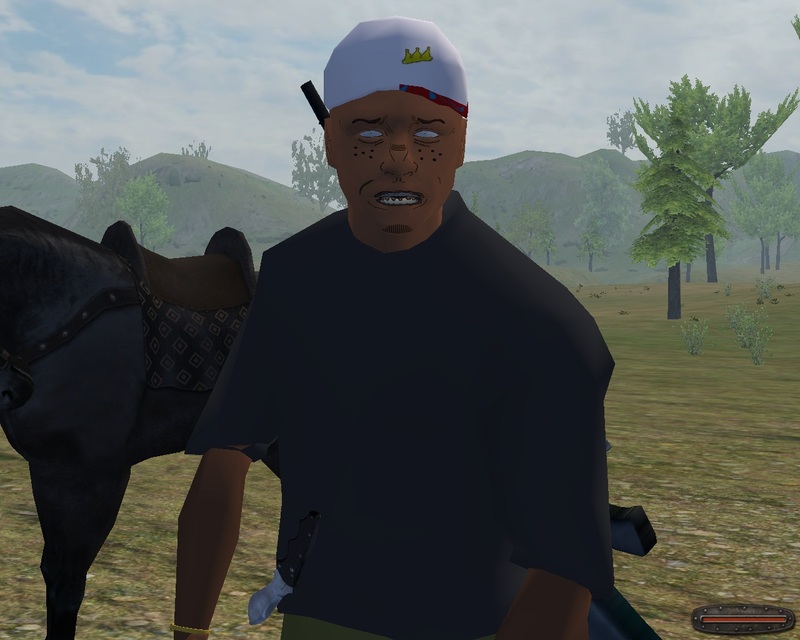 Now I have started to do scenes from the anime, proper costumes and in the future much much more. It has just been very hard doing this by myself and I will finish this mod eventually if that be a year or more so wish me luck and thanks for reading this section. Now onto what other mods I have done and what I think. Next up is my Code Geass mod for super Power 2.

Code Geass: Lelouch of the Rebellion

The same with High School of The Dead I wanted to create a mod after I watched the show, I don't think people really noticed this so if you liked the show then you should check it out. I choose super power 2 because it seemed perfect for a mod where you play as one of the factions and fight over the planet and super power 2 is a really good game so check it out.

The mod is based in the world of Code Geass and you can play as any of the major super powers that are present in the show, may that be the Holy Britannian Empire or the Black Knights. The mod also features hero units which are characters from the show in the game and once their dead they can't be replaced so you may like that feature since you may not want to risk them in battle. Also super power 2 has multiplayer so you may want to fight over the worlds as any faction, that would be really fun to do. 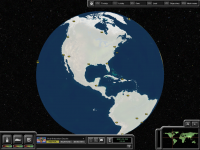 Here is a list of all the factions, check out the mod for more information.

I finished this in august last year so check it out and tell me what you think.

Simply put, a Dragon Ball based mod where you pick your faction and fight over the galaxy. I did this last year around october so if you like dragon ball then check it out. Im guessing that people don't even know that this exists so feel free to try it out and spread the word. 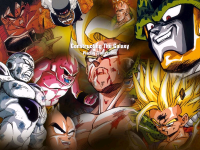 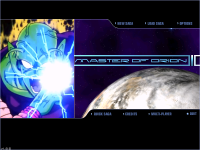 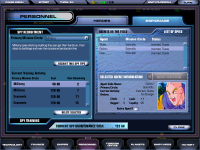 I know what people are going to say about this but this mod was really for me to try and see if I could mod mount and blade, to see if I could model, assign textures and set up a module system and whatever. I just based it on something that I recently watched like with the other mods, it doesn't really offer much but I did spend alot of time working on it. I am working on a sequel which will be mentioned below.

I am mostly just working on this on the side as it's something I want to do, it will be better than the above as it will actually have scenes and much much more to offcer. In short this mod will be a mash up of when worlds collide, the Kromaggs from Sliders, factions from HOTD, the Rebel Alliance and the Empire from Star Wars on courtesy from Star Wars Conquest. I hope you will like it when it is complete so just keep out a look out it in the future.

Here is a pic of some kromagg faces that I did for the mod, I removed the eyebrows and hair on the faces just like the kromaggs.

This mod is a mix of other mods for Master of Orion 3 and many stuff I done myself such as putting it all together, new images, unit icons, planet skins, combat and much more so if you like 4X and Master of Orion then check it out.

Still nobody has noticed Tom Servo so shame on you all.

Also check out the badass russian cover of the game, look amazing huh. 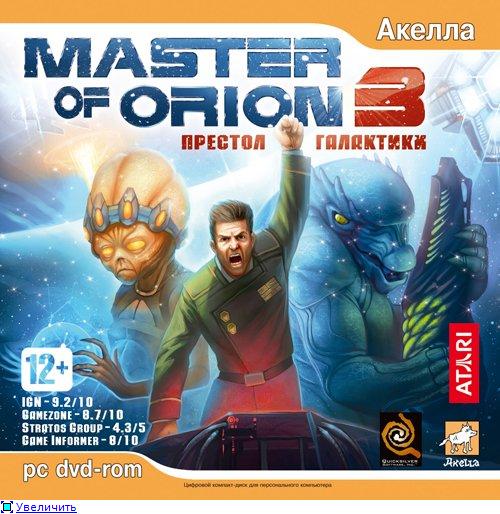 Since this wasn't on moddb I decided to add this to the site so I didn't create this but anyhow it's still a really great mod and you shoud thank the creators for making it. I put this up back in 2008 so that was a long time ago, the link for the mod may be broken in the news post but just google it and you should find what your looking for. 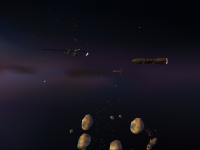 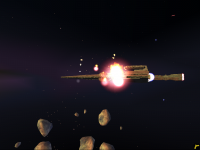 Well what do you know, an entire hour has passed by while I was getting this news post together. Have fun reading the article and I hope you enjoyed it so thanks for listening and I hope you wish me good luck.

Im also creating a paypal account and I know that some of you may be thinking that I want donations or being an ass but im really just putting it up encase people would want to give me something for what I have done. People also make not take kindly to me doing this but it will help me out and I would greatly appreciate it.

I have started production of a new version of the mod.

Music Disc now available to download. It has been split into three parts so make sure you get all three or else it will not unrar.

This update contains information about new music and ingame movies as well as pictures of units.

The mod will be released near Christmas day. I will upload v2.0 on the day before Christmas Eve.

As requested by sithpal. Contains the first three faction trailers.

This will update the pictures and make them look far better than the original ones.

This is the third part out of three. I had to split in 3 parts because it wouldn't upload. This music download replaces all vanilla music with better...

This is the second part out of three. I had to split in 3 parts because it wouldn't upload. This music download replaces all vanilla music with better...

I had to split in 3 parts because it wouldn't upload. This music download replaces all vanilla music with better music.

This is the next version of the Master Mod. The 2.0 patch includes New combat effects and sounds More variation of planets (50+) Ai build their own ships...

thanks for keeping this game alive man

even says requested by me. holycrap thanks so much these trailers are epic

thanks for your feedback and I added the requested by sithpal because you did request it, it wouldnt be up for download if you didnt ask

I found a way of getting the music to play without using the disc, I will upload if anyone is interested in this.

wow i thought this MOO3 was dead long long ago lol nice to see there are still people out there i play with the masters mod as it just simply improves the game, ill be watching this! :)

I will be uploading the music disc soon with all vanilla music gone and replaced with better music from craig armstrong and various game soundtracks.

Just found out about this mod. Massive kudos to you, gonna reinstall MoO3 again after years.

sin ya Mod is hoot as hell it's better that that one from the iMod guy with the elaborate background shot. i love what you've done if you got time keep doing what you're doing.