Magna Mundi DW - Nede Edition (DW 5.2) by Inochi tries to build on the achievements of the previous Magna Mundi teams and supporters. Contrary to their goal of balance, this mods primary goal is to enhance the games feeling of realism and the character of the gameplay through roleplay features. This mod is not intended for powerplay. Every veteran can conquer the world in Magna Mundi. True roleplayers shape it! This mod gives you and the AI the tools to do it.

The primary step was to adapt the old features of Magna Mundi Platinum and reintroduce nations and resources, correcting cultural and continental borders and correcting leftover bugs and porting errors.

What is the goal?

The primary step was to adapt the old features of Magna Mundi Platinum and reintroduce nations and resources, correcting cultural and continental borders and correcting leftover bugs and porting errors. Some might have been missed...
The secondary goal is to enhance the game world through roleplay actions which are most of the times hardcoded towards the ai countries, their rulers and their ideas. The player can often chose any result and is reminded to stay inside a roleplay character for the current ruler and country. 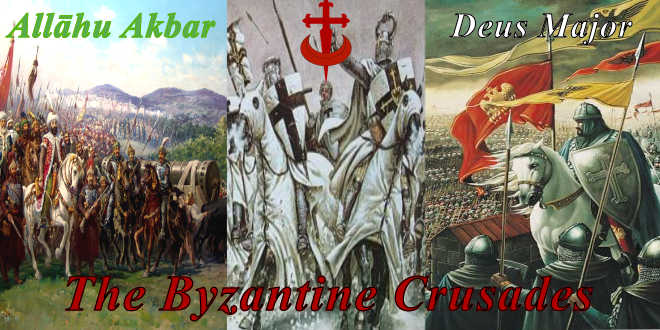 - Reintroducing several omitted nations like Livonia, Gotland etc.
- Bringing DW nations to Magna Mundi like Ukraine, Syria and the Native Americans
- Adding new nations, especially in Africa
- New religion: Waka ( African Monotheism )
- Reworking neglected areas, cultures and provinces (Sub-Sahara, Sahel, Nubia)
- New Casus Belli: Vendetta, Preemptive War, Supremacy War, Official Intervention
- Natural Disasters (only major volcanic erruptions, cold periods and earthquakes. The latter missing after 1650... )
- An event to end long unsuccessful wars with sieges (example Algier vs Knights siege for 80 years)
- A warfare mod allowing to spare or plunder a province, attempting an economic proliferation or a total destruction or a holocaust depending on technology after a siege
- Resurface of the Byzantine Empire + Federal Empire as Government for HRE and the new Roman Empire
- Building of illegal settlements and advanced settlement policies
- Overhaul of the national idea system with policy dependencies and the "loss" of traditions without a bloody inner war by a forced change
- A mod for the shattering of hordes, defecting their "civilized" provinces of not natural culture and religion to a "liberator"
- Illegal Occupation modifiers for the unsigned peace conquests in the long war event line
- Events for a specialization of one million inhabitant provinces
- Dynasty Coalitions and Superpower Coalitons (the latter to be reworked)
- A world currency event
- An event line for scientific revolution and enhanced growth without the dirty coal... just to spice up the endgame for nations with science focus becoming rich and strong
- Pashtun Revolt to free Afghanistan / The Cornwall Statue
- The chance to beat the northern and tropical zone mali through science
- A chinese ingenuity buff to make them stand out in the east
- An option for a ruler to abdicate in favor of his successor. Can be used to powerplay... should not.
- A decision to free India from the trade companies if playing an indian nation and occupying all their territory (annex them) and
- Several new general decisions, including an option to invest soldiers to help alleviate the war exhaustion in peace and money in war times
- A HRE internal shattering event based on outside interference - vassalisation - and negative relations to the Emperor, as well as regional power. Neglecting outside vassalisation to undermine your rule will now really hurt you in the long run. Be a good emperor and throw those outsiders out!
- A feudalistic France on its way to a centralistic state

The latest build of the mod is MM Nede 3.7.2.9.0 Rise of Ajuraan Habsburg Edition

You have to install a 4gb patch for the mod to work because it's so big ( Ntcore.com ) apply it to the eu3game.exe

it crash when I play a nation

Have you tried downloading files directly from Paradox Forum?

Also, If you like the mod any new ideas and bugs uncovered would be very helpful.
Thanks

Mine can't enter the game after "creating borders". I have the GOG version of complete edition. Is there any help on it?

give error on processing flags

You must install and apply the 4gb patch to the eu3 exe for the mod to work as it is so big ( Ntcore.com )

that is strange, I never had this problem. There must have been an installation error here. Do you have EU III with the latest patches for Divine Wind.
Maybe you could try downloading the files from Paradox forum