A full Doom2 megawad making full use of the resources avaiable on GzDoom. So far, the plans are to include:

-32 levels focusing on a large variety of themes and using the full capabilities of UDMF and OpenGL
-A complete new arsenal, of revamped old weapons and new never seen before ones
-Modified old enemies and some new ones making use of the magic of ZScript
-Frenetic boss battles
-Lots of destructible environment, gore, SFX effects and general eye-candy
-A cliché-ridden plot

Thanks for voting and helping Lucifer's Rising on it's quest to become the 2022 Mod of the Year. You are now in with a chance to score some free games from our #modlove collection. Help this mod secure more votes by embedding the widget (or link) we have included below on your favorite sites.

Secrets of the UAC 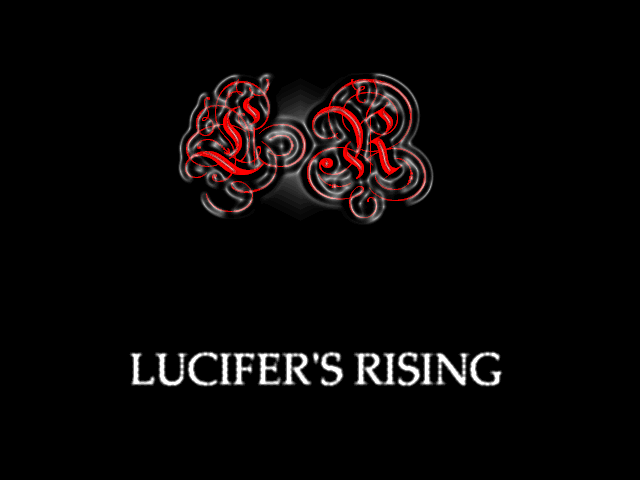 Well, it has been 10 years since the birth of this project. At the time, November or December 2009, I wanted to create something that felt like a true epic adventure, featuring a large amount of levels with diverse themes and a lot of new monsters and weapons. NeoDoom, Alien Vendetta and Deus Vult 2 were my main inspirations, so I extracted all the textures of these 3 wads to create a giant resource that would be used for this new ambitious project. The level progression I envisioned was a shameless NeoDoom rip-off: tech bases -> forests -> city -> temples and ruins -> hell. I decided a few themes that I wanted to explore like Egypt, Aztec, demonic cathedrals (I wanted to top DV 2's Unholy Cathedral), swamps, cities etc.

Of course, being 13 at the time I lacked all the skills required to create such ambitious project. I couldn't write 5 error-free lines of ACS, yet I wanted to create re-loadable weapons, advanced monster AI and all sorts of advanced ZDoom trickery. The process was chaotic, but I always had fun modding, so I never really considered cancelling the project, even after extended periods of frustration. The thing that I'm most proud of it's that I hadn't diverged from my original plan during these 10 years: I wanted to make large and varied levels with a lot of new ZDoom crap, and that's what this project is still about.

So, now, a report on the overall status of the project:

The first "episode" is composed of the tech base levels, represented by Maps 1 to 6. Except for MAP03, they are pretty much finished.

Since the 2012 demo, I decided that two maps were so bad that they needed to be completely redone: MAP03 and MAP09. Doing a Doom 64 styled map on a engine where you have to do shading by using Sector_Setcolor was a terrible, terrible idea. Fortunately for me, UDMF came to the rescue with a much more practical way of creating colored sectors, so now working on MAP03 is not a complete nightmare. MAP09 had some nice ideas, but the execution was calamitous. The central area looked pretty cool, but everything else was fucking terrible and the gameplay was the pinnacle of linear grinding. I started everything from scratch, maintaining only the few good ideas of the previous incarnation.

MAP08 wasn't particularly bad, but I think I wasted it's potential. I wanted to do something much cooler with the Aztec/Mayan theme, but the map ended a bit sub-par. I threw away roughly 70% of it and waited for the inspiration to start something new.

Maps 11, 12 and 13 are urban themed. They are very linear because I made these with the intent of conveying a sense of urgency. The demons are invading the city and you must reach the evacuation site as quickly as possible, there is no time for exploration and backtracking. MAP11 is pretty much done, except that I started it on 2011, so some areas are asking for a severe esthetical polishing.

MAP12 was supposed to be a hybrid: on the first half, your helicopter crashes on the top of a hotel and you must find your way down. On the second half, you fight your way through the demon-infested streets. My plan was to create a 50-50 split between the themes, but the hotel part became too large and now the map is 70% hotel, 30% streets.

MAP14 is a different take on the city theme. You are now on a town where the demons already fucked up everything, so you have all the time in the world to wander around. It's much more exploration-driven and you can enter a variety of optional buildings and areas. Or you can just rush to the exit, whatever. Think of Doxylamine Moon on steroids.

MAP15 is playable, but just like MAP11, it needs some severe polishing.

I was inspired to do some gothic stuff after becoming addicted to Dark Souls, so I started MAP24 and MAP28. MAP24 is a gigantic city from hell and it's currently the most complex level in this project, with 19k sectors and 80k linedefs. MAP28 is supposed to be in the Cocytus, the snowy hell of the Divine Comedy. It's a thematic break from the previous 7 maps of lava, fire and red marble.

I decided to port all the DECORATE stuff to ZScript, which is being a pain the ass. Of course, if back on 2010 I had take 5 minutes to read the Zdoom Wiki article on Inheritance, I would had wrote some decent code and not a thousand copy pasted classes that are now a chore to deal with.

Weapons are largely done. Originally I planned to have 20 or more of them, but then I decided that 10 awesome weapons were better than 20 mediocre ones. After playing Doom 4 I implemented an weapon upgrade system. You get xp points by killing demons and finding secrets, then you spend them to "level up" weapons, increasing their damage and speed. It kind of adds a RPG feel.

I hope that I can finish this before 2029 lol. Thanks to everyone who supported this project all these years.

I think it's time you release an updated beta. It's been nearly 8 years since the last one! I'm really curious to see how much has changed and improved between 2012 and now.

i second that notion, this looks really good!

There's this video from February that I couldn't link here for some unknown reason Youtube.com

Mapping is currently halted because I'm mostly doing ZScript related stuff and working on other projects. I'm working on a system similar to Doom 4 where you get points by killing demons and finding secrets and then you can spend it to level up your weapons. It's pretty rudimentary but it works

Is there a download for the latest demo?Thanks in advance, no hurry for reply.

There's this demo from 2012
Mediafire.com

that profile pic.. i've seen that before.. where's that from cuntdestroyer666

Why thank you!That will do very nicely. :D

oh you again grouchbag hi there :) even this mod might be interesting for me

Secrets of the UAC Doom II