Enter the mind of Filip Valkas, who lost his parents in the Seven Hour War, and take your revenge on your Combine captors in a new story centred on the Half-Life Universe. Pick up your own crowbar and force your way out of Citizen Containment Zone 19, and lead in the uprising against the alien agressors.

• A brand new story taking place in the Half-life universe.

• The stunning graphics of the Source engine.

• Additional music and voice actors to enhance the playing experience.

Filip was born and bred in the countryside before the portal storms began. After losing his family in aftermath of Seven hour war, he was forced to move into citizen containment zone 19.

Years later, Filip makes the difficult decision to join the Human resistance in order to help smuggle forbidden goods, like clean water and food, into the city and organize the underground resistance. Soon after, he becomes the political prisoner of the Combine.

Tomb of Ara'desh, Linux and Mac versions are available now! 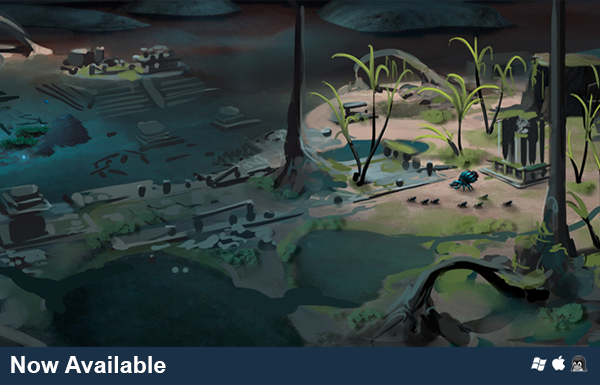 First, i'd like to thank everyone for all the positive feedback, it has been great moral boost for the whole team!

The Hive patch 0.02 is now live! Tomb of Ara'desh will add more playable content to the game.

Due to huge popularity, Hive has been Greenlit by the community!

Discussion about project "Hive" Things are looking good and it's time to reveal new information about the project.

Ara'Desh, curse of the fallen.

Ara'Desh, curse of the fallen sword for Abaddon. I did model this for Dota2, please vote if you want to see it in Dota 2.

Discussion about the future of project Joutomaa. What I have been up to and the new game that I and my team have been developing for PC.

Enter the mind of Filip Valkas, who lost his parents in the Seven Hour War, and take your revenge on your Combine captors in a new story centred on the...

"Joutomaa" (whatever the hell this word means in Finnish) is a pretty good HL2 user-made mod -- not very long but not too short either.

I enjoyed the varied environments traversing through outdoor canals and streams and rocks....and then back again to indoors environs...

The combat was slightly, if not more than slightly, on the 'easy' side -- as this was more of an 'exploratory' mod than a mod consisting of sheer action -- but I prefer a mod that is somewhat too easy rather than too 'difficult'...

The ending was somewhat abrupt and unexpected -- suggesting that "Joutomaa 2" is a mod that if it isn't ALREADY in the works then it SHOULD be...

i need to make sure i play this

Will the visuals be improved in the steam version?

The download is not working. I tried every solution possible and i either got nothing or a white screen. The mod looks very good from the images, so i hope there is a way to fix this!

We are going to publish Joutomaa on Steam for free. These issues will be fixed with the release. The Greenlight campaign finished in seven days, i'm happy peope still remember and support this mod!

Can you tell us when it's going to be released on Steam?

No ETA yet, but safe to say before Half-life 3 is released! We are very busy working on The Hive currently.

Now Available on Steam - The Hive

The long wait is over! The Hive is now available on Steam Early Access!

After receiving huge positive feedback from the community, The Hive gathered all the necessary votes for Steam Greenlight in just five days.

We thank you for making this game possible. Let us know what you think about the game and let people know about it!

The beginning of this mod is unusual - we ride in the prisoner pod through some Combine buildings. Then we see a window and understand that we are in the Citadel. A story twist - and we are resting on the sofa in the comfortable flat, but there's no time for resting, because CPs are getting close, so we have to retreat to the old church. The design is excellent. We are in some unknown city, and while in general everything is very similar to Half-Life 2, there are many unique details. The elements…