Jenka's Nightmare was originally started by a modder under the alias "shmitz" back in April of 2006. It was one of the earliest mods of Cave Story to include a full-scale story with its own plot and maps. It was also one of the earliest to make use of then-newcoming, but now-obsolete mapping software such as Sue's Workshop.

Unfortunately, shmitz's aspirations were set rather high, and he was unable to push himself to complete the mod due to the limitations there are in modding Cave Story. shmitz had originally hoped to create custom enemies and bosses for the latter half of his story, but these ideas fell short and he quietly left the scene.

The original Jenka's Nightmare was by no means perfect, but it was endearing to see so much effort put into a game that felt like a sequel to the actual Cave Story. With rose-tinted glasses, many people consider it to be the best mod ever created, in spite of its flaws.

As the years went by, there was enough of a hole left by Jenka's Nightmare's incompletion. Many other modders tried adding their own ideas for endings onto the existing mod, but most of these endings felt tacked on, and only truly there to make the statement that the mod was finished, rather than 'complete'. This, accompanied by the original Jenka's Nightmare's many flaws in game balance and difficulty zig-zags, left a very sour taste in my mouth.

In my own efforts to complete Jenka's Nightmare, I decided on one very key factor: to redesign the mod from the ground-up. Many maps were given a layout makeover, and many new maps were added to help finish the story being told. While I have no way of knowing what shmitz originally intended in his mod's ending, I feel that I have given Jenka's Nightmare the care and dedication it deserved. 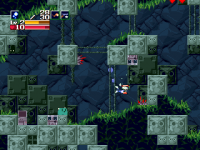 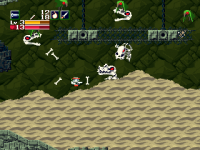 Jenka's Nightmare is Now on IndieDB!

An unofficial sequel-mod to one of the best Indie games on the market.

The Binding of Isaac: Four Souls comes to All On Board; 5 Mods For Nicalis-Published Games

The Binding of Isaac is making its VR debut in board-game form, so here's five mods for other Nicalis titles!

Walkthrough version 1.1, game not included in this download. Quote, Curly, and Balrog have spent a long year enjoying their new lives away from the island...

Game version 3.0.0.3, walkthrough not included in this download. Quote, Curly, and Balrog have spent a long year enjoying their new lives away from the...

Neither is compatible with CS+. This mod is standalone.