2 years ago, this mod recieved a huge response from everyone, and I can only thank everyone for that!

My (delayed) response to that is a new map to add on to the open world one already created.

This map is a linear one, however the level of detail has been knocked all the way up to full to match the film.

The map is available in game, just search in the map browser of Far Cry 4 for "I AM LEGEND" - I will upload the file directly onto here within the next couple of days.

Your name is Blaine Parker, you are a Mercenary hired by the Government, you are being paid a huge wage to fix the apocalyptic outbreak in New York City, and you have 7 days to finish your mission, otherwise a Nuclear warhead will detonate in the centre of the City.

Watch the city Crumble in your fight to save this Historical Landmark. Expect the unexpected in this 14 mission Far Cry 4 overhaul.

The city will change each mission to leave your mark on what you have done to save it. Watch Skyscrapers crumble, Divided factions fight to the death in a race to gather supplies, and most of all, watch your character change from a Mercenary, to a Legend.

This mod is filled to the brink with surprises, Collectibles and most of all, Zombies. Here's how you will survive:

There's plants dotted around the city in which you need to use to your advantage, craft syringes, or buy them from a store, this will prevent you from becoming infected.
Use height to your utter-most advantage, the dead cannot climb, but they are not your typical Braindead Zombie, they know how to think, and if they spot a chance to catch you off guard, they will.

Here's the Details of your missions (*SPOILER'S ALERT*):


(N) Mission 1: *SURVIVAL OF THE FITTEST* You have landed by an abandoned train track, look for shelter nearby (you will find weapons), it's dark, and Darkness is the Dead's Advantage. Your Weapons we're Lost during your Parachute Jump, and are now scattered around the city. You may want to find them as this mission has only just begun. You are to make your way to the Headquarters of which survivors are taking refuge. They may be armed, so be cautious on entry. They shoot anyone who approaches, whether zombie or Human. You NEED to make it inside, to speak to their Leader.

(D) Mission 2: *THE FACTION* Their Leader (or Zain as they call him) has asked you to work with him to reclaim some outposts scattered around the City, it is bright outside, but there's quite a few Outposts in need of reclaiming. This will drive all Zombies out onto the street. But it is also your chance to make ally with Zain and his men, whilst keeping on track with your mission.

(N) Mission 3: *BURNING BUILDING MISSION* One of the Outposts from the previous mission have been reclaimed by the Death Seekers, you must now work through the building, securing it by taking down each and every Zombie and creature which dwells within, The Building has caught fire, this outpost may be lost, but you need to make sure each Zombie pays the price. Make it to the roof of the building, where Zain will be awaiting your assistance.

(D) Mission 4: *A LIFE WORTH SAVING* One of the Faction members (Anita) has encountered a zombie but has been bitten, you MUST collect the plants required before time runs out, Once all these plants are collected, make your way back to the Headquarters. This mission may seem easy, but the daytime can sometimes be just as deadly as the Night.

(N) Mission 5 *NIGHT WATCH* Zain has asked you to watch the perimiter of the Headquarters for the night while he searches the remains of a Helicopter crash site found nearby. This night watch however, may not end up as expected, I told you these Zombies were smart, you just failed to realise how smart they actually were.

(D) Mission 6 *THE CRASHSITE* Zain's mission to get to the crashsite had failed, he was caught out by some enemy faction members, you must go to the crashsite and find out where these enemies are Located. Kill them all, and save Zain. He will tell you about the Leader (known as Bruce) of the other faction.

(N) Mission 7 *BIGGEST REGRETS* You stayed out too late, Zombies are pouring the city, you must make it back to the HQ, however, you are badly injured, you are unable to Jump or climb, so stealth is the best bet to staying alive, make your way back to the HQ unseen by any Zombie.

(D) Mission 8 *WHEN FACTIONS COLLIDE* You wake up after having a horrible night, however, you are able to move about again, much easier. The only problem, you are being thrown straight back into the deep end, Zain has told you to go help His men fight against the opposing Faction, then approach their HQ with everything you've got, kill everyone in their HQ and barge into Bruce's Office.

(N) Mission 9 *POWER IS EVERYTHING* After entering Bruce's Office, you have no memory of what happened, you are now awake in their Basement, locked in a cage, with nobody in sight, you must break out of this cage, make your way back through the HQ, with no weapons, and Confront Bruce once more.

(D) Mission 10 *EXTRACTION* You receive a radio call from Government Official Sam, he has told you that there's a Helicopter waiting for Zain and his Faction on top of a building, Make your way to the top of that building, You need to clear a safe path for the remaining members. Beware though, the outcome will not be one which is expected.

(N) Mission 11 *DEAR GOD* You are now searching for the remains of your faction which were shot down from the sky, you approach an old church, it's completely sealed off from the outside, you must find a way inside and don't worry, No zombies can get you here, ONLY People... with guns.

(D) Mission 12 *DESOLATION* You find Zain still alive, but badly injured, he cannot move. It's time to make your last assault, entering every building known to possess zombie activity. Make safe the city, you have 1 hour. This is a matter of life, and death. Kill them all.

(N) Mission 13 *BRINGING DOWN A FACTION* The Zombies are taken care of, now time to get rid of the rest of the trash, Bruce may be Dead, but his men are not, it's time you showed them what one man is capable of.

(D) Mission 14 *PEACE AT LAST* All is taken care of, explore the city, you have 30 minutes to check everything out, an extraction is on it's way.


Note: Most of the missions shown above, WILL come with custom made cutscene videos to watch after each mission to draw you in to the story some more.

Missions will be added Soon

- Accessible Shops to sell collectible items and buy new weapons!
- Ability to Customise weapons
- Collectible items (which will be spread around the city!)
- Many new assets which were not released with the map editor.

Please Note, this is a PC only mod!

I Am Legend: Far Cry 4 Mod Now Available to Download

I Am Legend Explore is the core city which the storyline takes place. The mod files are inside the package, and the city is Complete!

All that's missing are the missions, which will be added Next Month.

The Mod still features quite a lot however, and the openness of the map gives you plenty of opportunity to add some enemies into the "Explore" map and create your own missions and memories.

After beginning the mod in November Last year I am extremely happy to announce that the Mod files are available to download in the Downloads Section. 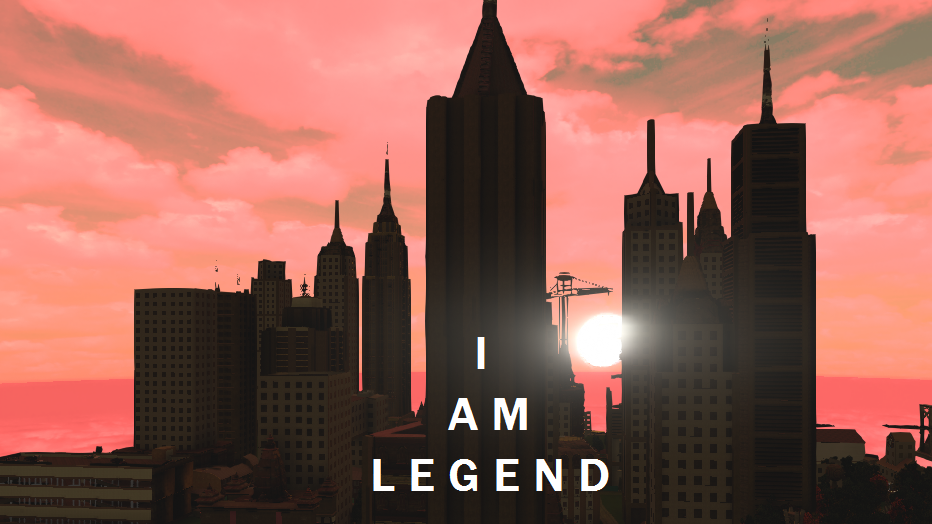 Thank you all once more for the support and patience during Development, and I look forward to releasing the missions and reworking parts of the city to add detail for the first Update on the 15th September.

Be Sure to check out this Pre-Release gameplay video of the mod in action too!

I AM LEGEND: Official Release Date

Progress has been Very Slow on the I am Legend mod Lately, here's the reasons why...

I Am Legend: Open BETA - What to Expect

I AM LEGEND: Mod Delayed

Mod has been pushed back until June 12th, apologies for any inconvenience.

I AM LEGEND - New Map

New map for the mod, I AM LEGEND on Far Cry 4. New city, New linear gameplay.

I AM LEGEND EXPLORE

The City is yours! Download the Explore starter pack for the I AM LEGEND MOD now! What's in the files? - The map containing the City of which the storyline...

So, Is this completed now? Is there a story? Or is it just a survival game? It looks beautiful. Thanks!

Hi, is this mod completed and is it playable without any major game-breaking bugs?

Unfortunately not :( first of all apologies for the lack of communication, however I'm currently writing this on my phone, my computer had to go in for repairs as it was having a bunch of issues so it's currently on hold :(

Dang. Well, best of luck getting it sorted out so the mod can finally see the light of day! :)

Thanks! I've got it back now, just need to get working on it but i'm away all next week so hopefully should have it done by October 10th ish, we'll see!

Jonh snow ? You couldn't fin he better name seriously ? Seriously apart from that it seem to be he good mod.

To be honest, your only going to hear his first name in the cutscene video's anyway, his name to me doesn't matter, he could be called Fred Smith for all I care, it's all about the mod iftself, with the environment, here's where all the focus is set. The Storyline is just a feature that comes attached to the City, something I created to give the player more to do than just explore. Thanks for the feedback however, I always work on improving thanks to feedback from the community.