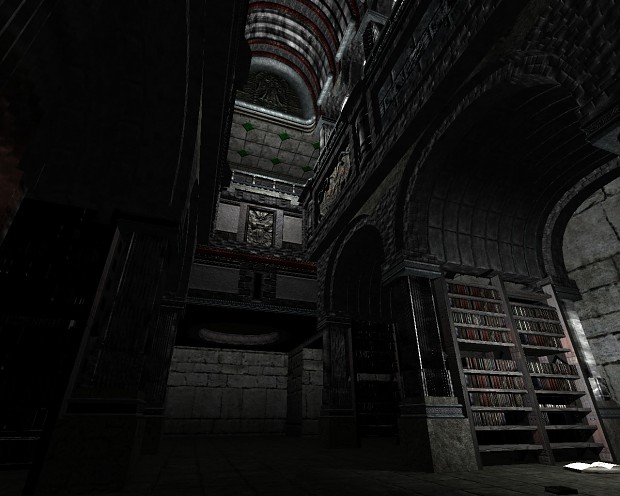 Damn, this bookshelf looks so awesome.

Beautiful! Are you guys going to feature any environments from one of the original Hexen games?

Reminds me of Dark Messiah

Do you all really believe that this level are from the 4 Hub of the 3 portal ?

First shot from one of the new levels. Currently WIP.