A gameplay mod for Half-Life 1 that makes it play like a top-down shooter.

Thank you for all the feedback on the original release! I've been working to get everyone's suggestions added, and have released a new version of the mod that hopefully makes it a lot easier to play.

There are a lot of general camera improvements, making it a lot smoother and more consistent. The default settings have also been adjusted to hopefully be much better.

There's also a new setting that you can change: "Look Ahead Amount." The higher this value is, the more the camera moves as you move the mouse towards the edges of the screen. This lets you see further out even when the camera is close in. The default is "2". which is higher than it was in the original release.

The void is also no longer red. I thought it would be impossible to fix this, but I ended up using a bit of a hacky workaround. I can't change the color directly since that's handled by the engine, but I can place a giant black model below the player.

I'm by no means a talented modeller or animator, but I've tried my best to make the player model more fleshed out for a third person view.

First of all, I've rigged Gordon's model from Blue Shift to his normal skeleton, which means he'll only wear the hev suit when he actually has it. 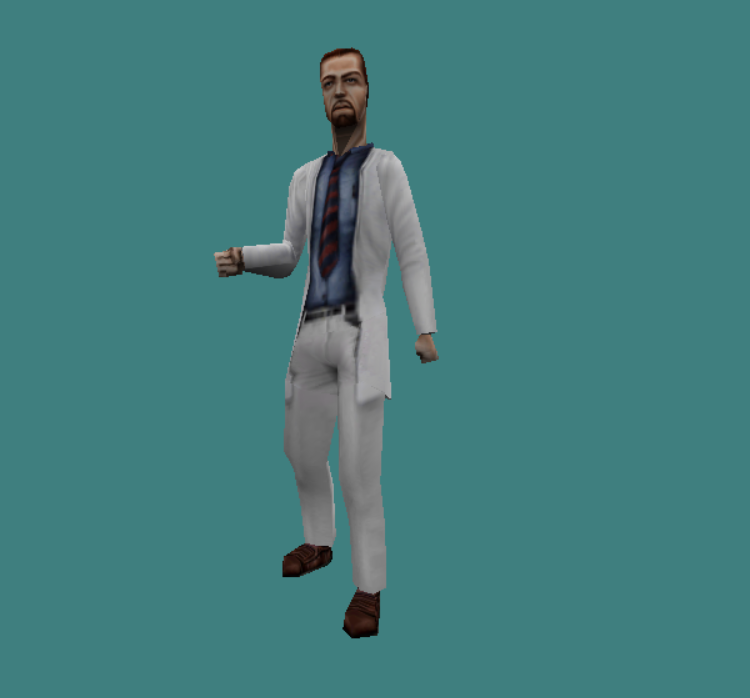 I've also gone through and made reloading animations for every weapon that needs it. I've also fixed a bug that caused Gordon's animation to be set to idle after a load, even if he's holding a weapon.

The biggest change is that you can hit stuff below you! Lots of people were getting stuck in places where you had to hit a grate below you, so now if you crouch with the crowbar, you'll be able to hit things on the floor.

The second change is that autoaim has been added to all weapons, and is much more generous for the weapons that already had it.

That's about it for this update, apart from some minor cleaning up of the code. I'm not sure if I'll be working on this much more from now on, but continue to let me know if you get stuck and I'll try to find a fix. And as always, if you'd like to experiment with improving it yourself, this project is completely open source: Gitlab.com

Feel free to ask any questions and have fun!

Half-Life, but it's a top-down shooter

A lot of what made Half-Life great was it's first-person perspective. So obviously, I had to see what would happen if you completely changed that.

The second version of Half-Life: Top-Down, with many improvements, fixes, and options to make the game much more playable in this form.

The first version of Half-Life: Top-Down, a mod that aims to make Half-Life play like a top-down shooter.

can you make a version for half life 2?

i hope this mod is not dead

It doesn't work for me. I get an error loading client.dll I delete the client.dll and enter the mod again and if it enters but I start a game and the camera is not in top down it is in first person only that the controls are reversed.

A recent update broke half-life mods but they fixed it in the beta.

I don't have the half life of steam. I have the non-steam version.

Unfortunately this mod only works correctly on the steam version. The source code is linked in the description if you can port it though.

Pretty neat concept. Really well played but has alot of flaws, get them fixed and its 9/10, il give ita 10 if the gameplay is really smooth and satisfiying.