Another year went by and feel like saying that the project is not dead! New media posted. 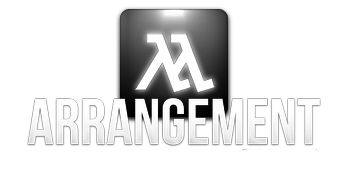 Another year went by and feel like saying that the project is not dead! Is just some other projects and life stuff got in the way. People who knows me personally are aware of this <3

The last things we were doing are mostly, technical and key levels.

As for the tech stuff, is mostly, boring, but you can guys check that out below:

Is clear that we won't run for the MOTY thing as, clearly, we didn't post much stuff here on ModDB, but NOT DEAD! You can guys still vote if you wish so but surely we won't be on TOP 100's this year ;(

PS: Thanks to the guys who uploaded Rebirth and Rebirth's source code. You can guys feel free to upload the source code. Might be still useful for people who is... still working with HL's engine :3

You can find latest MOTY video below:

Yeah, been following this since the start.

It has been in development far to long. This should've released two years ago.

Glad you track this since the beginning :)

Sadly, we just don't have time to work 24/7 on this, but I hope you can notice the progress we are making!

This is a free game and we lose nothing either way. As this is a Half-Life mod and the community is still alive, even more so SysOp can take the time needed.

I almost forgot about this. Glad to see it's not dead.

Still really stoked for that. Take the time you need on this. No one needs a bumrushed backtrack fest. x)

Great news! Glad to know you're still working on this project.

In the 6th screenshot, the tree projected shadow is real or fake? I mean, have you used the "func_wall" with the ZHLT Lightflags "Opaque" and invisible tecnique, or is the new engine modifications you've made that's able to project the models shadows?
Impressive, by the way!

Can't wait to see new updates.
Good job, and keep it up!

this is some kind of env_dlight, its a projected texture that cast this shadow.

I've never used that entity. I have to try it out.

meta-reply: everything you see, is actually, fake :)

Is a projected shadow.

Thanks for the info, SysOp. :)

Awesome work mate, your changes to GoldSRC are amazing, keep it up!

For this mod, no update is shameful.

I don't know you personally. What other projects?

Well, compared to AM, a couple of those are minor projects and they kinda eat our time.

Too much stuff going on. Can't stop making games, love it <3

wait, no bump maps on characters and weapons? aww