In GraviNULL, the player will be put in a Zero Gravity situation with no means to move around besides using a modified gravity gun with a "grapple" function.

The grapple function can attach to the numerous mines floating about the map and fling the player around, the player must kill the enemies by punting the mines at enemies, normally the mines give off a minor electrical shock, but when they are punted they become supercharged for a while allowing them to cause lethal damage.

The GraviNULL team presents as promised: An update containing the re-balanced hz_laserblender map seen in the previous trailer which was left out of the 1.0 release. As well as some other changes!

Check out this beta trailer:


Why should I get excited over this 1 map?

Maybe this video will help!

Or for those of you who prefer simpler eye candy: 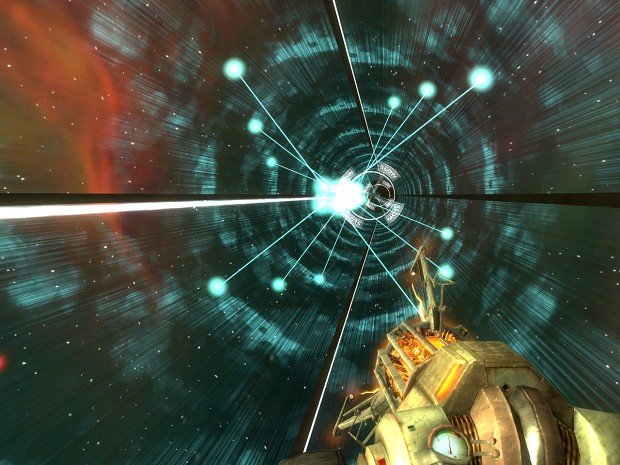 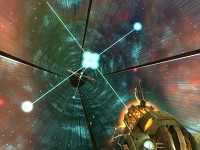 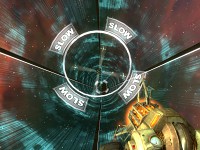 Want to know the controls before playing?
Just push some of these buttons: 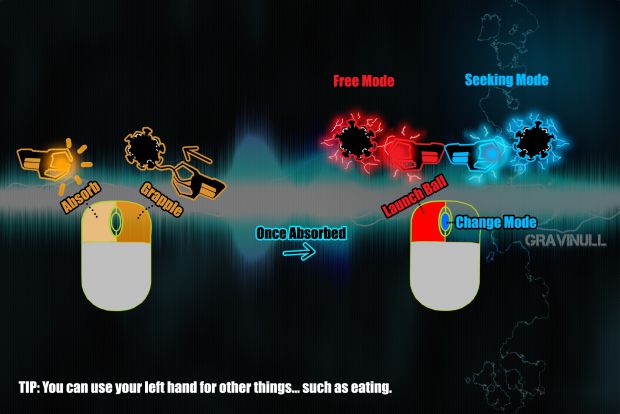 Or for something more advanced, check out this.

You only need one of these files, take a pick!

Want to host a dedicated server?

Please consider this, when there's no one playing, servers will eventually switch to a hazard/race map(if there's one in the rotation) and will stick to hazard/race only. Should you find no one in the servers, be aware that these are playable just fine on your own, so hop on the servers, other people will be looking at the server list to see if there's people playing and they'll join eventually.

This will get servers filled up while you can still have fun and play while you wait for them to be filled.

* Red mine charge time(towards end of its life only);
* Sped up overal health regeneration;
* OnGrappled and OnGrappleReleased outputs for all entities that can be grappled;
* "Target" selection of absorbing mines and selecting a target for the seeking mine now both select based on both range and distance from crosshair instead of just range;
* trigger_push, now has the option to have a "Set Speed", this is activated by changing the new speedControlScale variable, the higher it is, the faster the player will start moving in the set direction and speed, at a high setting acts as an airbrake(don't see too high or player will have a hard time getting out);
* Increased mine launch kickback strength;
* Grapple "stretch" system, now grants slightly less speed when grappling shot mines, more strength can be given in a real stretch situation where it's most needed;

- Removed:
* Health regeneration penalty when getting hit by mines that deal less than 25 damage;

You can find those here.

An update, to you, the watchers mostly

I have a small question and some other things to mention, so read on!

The GraviNULL Team is proud to present the first open beta release of GraviNULL, featuring 1 new gamemode and 3 new maps total since the alpha. Do join...

Friday is the day GraviNULL will be re-zapping to your screens! To soften the wait, enjoy our new trailer, created by one of the GraviNULL players.

The beta release is getting closer, though the plans have changed once again, there's also some new gameplay footage.

The installer version of GraviNULL Open Beta: b1.1 Simply run and click next a couple of times to install it.

The zipped version of GraviNULL Open Beta: b1.1 Simply extract into Steam/steamapps/sourcemods. Remember to restart Steam!

Use this to patch your 1.0 to 1.1, simply extract in Steam/steamapps/sourcemods.

The server files required to host a dedicated server for GraviNULL. Read more for instructions if you need them.

Here comes a GraviNULL Wallpaper for everybody !!!

So, would it be possible to strip it out of the .exe file?

voted for this mod because of originality, strategy, and the fact that i LOVE this mod and think it deserves more players

I voted for you because of your originality!

Keep of making something different, innovative and NEW!

This mod deserves my vote.

i don't get it

Server is available with 8 player slots.