Without further ado, here it is!

More download links are available on the downloads page!

While you download we figured it would be a good time to inform you of some important details:

For those of you into the minutia of change, why not take a stroll over to our newly redone Wiki and have a look. Gorge on the details!

One of our goals with 5.0 was to put considerable effort into maintaining a steady playerbase so that people can always find others to play with. One of many approaches we are taking to achieve this is by hosting community events and offering exclusive cosmetic skins as rewards to players that participate. 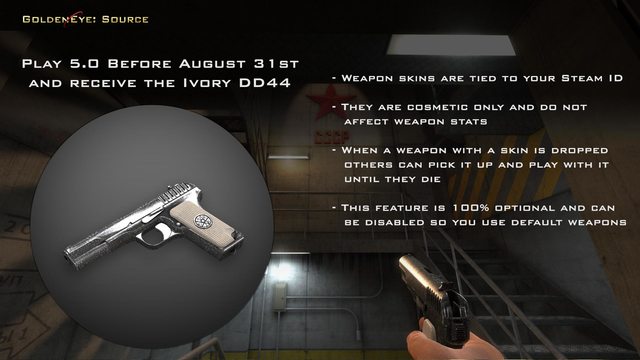 Bunker is another map that has been in production for many, many years and passed between developers but never quite made it to a releasable state. Finally this hallmark map of the original game is now finished thanks to the efforts of Luchador. 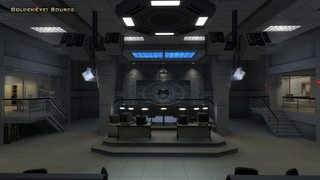 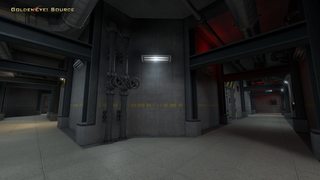 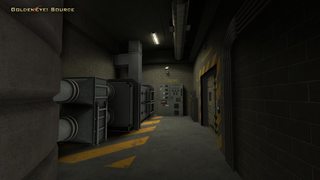 “Bunker was a map that seemed to be in perpetual development almost since the mod was founded. Nobody seemed to be able to finish it. Finally Fourtecks stepped up and did the main control room. He payed exquisite attention to the movie to get all the details just right. Then I decided to create the rest of the map. I blocked out then refined the layout based on playtests. Made lots of custom art assets. It was with Bunker that I really started to push the limitations of the Source Engine. Indeed, content had to be cut just to get the map to run. Nevertheless, I did the best that I could under the memory restrictions and I’m still proud of the amount of detail I was able to put into the map.” 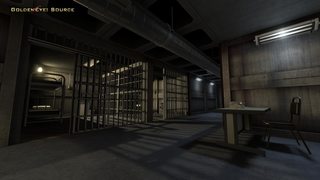 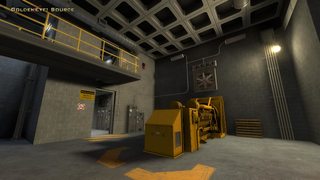 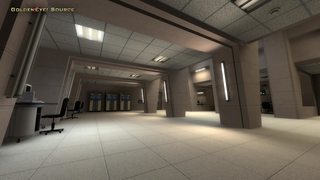 One last thing before jumping into the mayhem, a preview of the new Grenade Launcher. Devastating at short range, just as deadly at long range in the right hands.

Grenade Launcher
by Luchador
on Sketchfab

Today we’re featuring not one, but two maps! Caverns was another map that underwent a complete remake for 5.0 and actually very almost didn’t make it because of time constraints.

Our lead artist Luchador’s turn around time on this map during the wrap up stages of development was astounding and nothing is skimped on, it’s one of the prettiest maps we have. 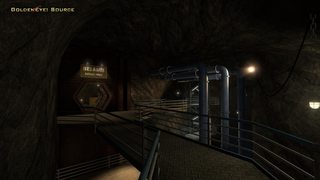 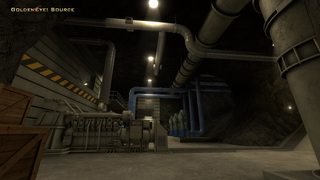 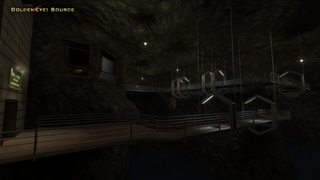 “In 2006 I made a version of Caverns for GE:S Alpha 1. It was the first map I released for GE:S and it was very rough! Ten years later, we found ourselves needing to replace the Caverns map made by another developer. I took on the challenge, along with the help of other team members, to make a new map from scratch that matched the quality of the other maps in GE:S. In a sense, things have come full circle!” 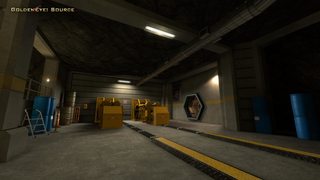 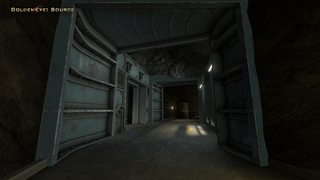 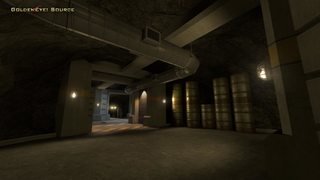 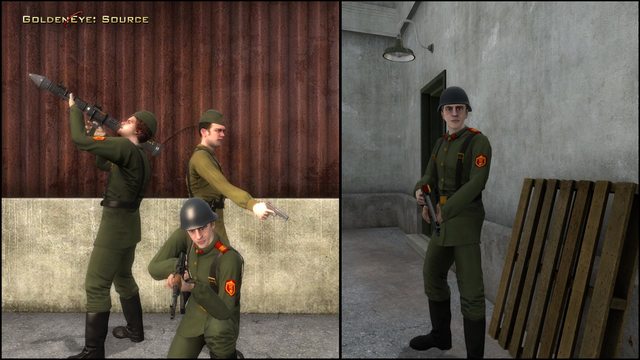 With the new release, we are happy to show off the new Russian Soldier character models, created by Dr. Dean! These hardened warriors are a worthy addition to the GE:S roster and sure to represent the Russian infantry in the best way possible!

From all of us at GoldenEye: Source, we’d like to thank you for all your support. This is a project made by fans, for fans. Whether you want to reminisce in some of your fondest console memories, or team up against your best friends all over again, we hope that GoldenEye: Source provides you the means to do so.

GoldenEye: Source has always been a not-for-profit modification, and we’ve relied on the generous support of you: our great community. If you would like to help us with mirror hosting or game servers, or want to get involved, do not hesitate to join the community and drop us a line!

“When we first started work on GE:S again, I was aiming for a quick content patch to fix some long standing issues and stir up some interest in the game again. Somewhere along the way to that objective, however, I realized that there was no way this team was going to settle for anything less than the biggest release this project has seen, and I knew we could get there. After tens of thousands of man hours and many unforeseen hurdles to overcome, we did it. GE:S 5.0 is here and I could not be prouder of all the people who came together and put aside their differences to make it happen.

There is more work to be done, and will no doubt be more unseen hurdles, but with GE:S 5.0 I am confident we’re starting things on the right foot. We look forward to finally playing with the community and getting their thoughts on all of our hard work.

With all of that out of the way, I’m proud to start the release of GE:S 5.0 with the same phrase I would start each of our tests with:

This is good, kill each other.”

Congratulations guys, you did it! Going to get all my friends together and open a cold in celebration. See you guys in-game!

Absolutely amazing. Those images look like something from this decade unlike most source titles. Kudos to you.

Awesome work! Can't wait to try it out tonight :)

congratulations great mod wish people would play it all the time but sadly mods just arne't that way. :(

Really awesome but...I was looking for a torrent download but your "downloads page" link goes to some school test practice site? Anyways I'm downloading from ModDB but it's super slow. I hope that link gets fixed.

Been playing it and its great! Thanks GE:S Team!

By the way Dev's, you got an official article on The Verge! Congrats!

That cosmetic skin idea is pretty interesting. Looking forward to playing the game this weekend!

What a waste of ******* time,perhaps you should mention you need to install other carp to make it work. Have to wait to play a ******* game what building.

Good. would hate to have a toxic player like you playing, anyway.

What do you mean by "carp"? If you meant "crap", I'd like to know what other crap needs installing, as I'm having a problem with LAN play. Genuine question, not winding you up.

Thank you! We are so happy you guys are able to help our community like this. I looked at the downloads and my jaw dropped.

How does Ivory DD44 skin work? I have seen it already working but if uninstall the game and reinstall it AFTER 31st of august, will i still have the skin?

If you uninstall, make sure you keep a backup of gesdata.txt, which can be found in your sourcemods/gesource folder. That way if you uninstall then reinstall after August 31, you will still have your Ivory DD44!

Excellent work, guys! The mod is a masterpiece.

Been awhile since I have played this - definitely going to give the new release a whirl with some friends :)

Will the community map pack still be compatible?

Archives classic got added officially to the mod. As for Blockfort and Train, they both should work.

Incredible news, just at the right time, wanted to check out this mod a few days ago again and there is a new release :)

Great work and thank you all at GES Developing Team