GMDX V10 is a community made update for the GMDX mod. It features over 1400 new changes, in areas ranging from artistic direction to deepened function, and even bug fixing and attempts to reinforce adherence to canon. It's been built to have zero obligation (should a user not prefer it) by using a separate installation and save directory. Many save files are supported retroactively, although some hiccups do occur, as this was not a strictly intended feature. In our opinion, the game looks better, runs better, is balanced better. If you're looking for a way to facelift Vanilla or simply touch up GMDX, we think you'll enjoy what we bring to the table with v10. By the community, for the community. 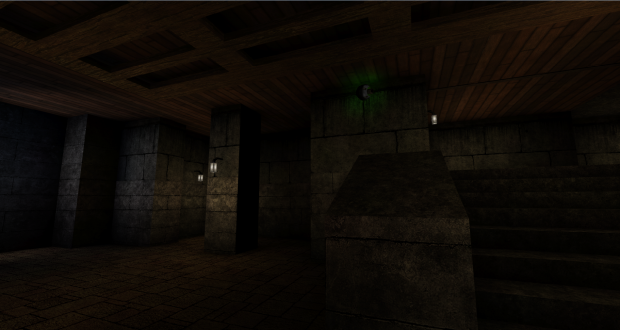 MessageLog: This is my final iterated PNG image. This image contains information about 11_Paris_Cathedral.DX.

A wine cellar existed in one part of the level. Its design was concluded to be extremely illogical. This has now been reconfigured. Wine storage still provides additional options for level navigation. These parameters are slightly different though. New wine storage was found to be more pleasing to sample group of humans.

I have been allowed to disclose that other changes have been made to this level's file. They allow for more approach diversity. They also add more level detail. I have been told not to spoil them. They are areas not on the player's main path. You shall have to maintain efforts to explore. You may find them rewarding. Maybe emotionally. Maybe logically. Cases vary.

Featured in second screenshot is an improved area. Previous area was extremely troubling to human subjects. Users reported extreme preference against stealth users. Stealth users were locked into a room with a hidden door once entering. Room contained combat encounter. Combat encounter was made as much as 3x as difficulty due to changes in weapon statistics. Door that closed could not be lockpicked. This was seen as a further insult to stealth players. Door that was closed could not be obstructed. This was seen as a means of stifling creativity. Lever to open door was placed behind primary combatant. Orientation was not favorable to those avoiding combat. Great distress was observed in human subjects. Anger was noted as being abnormally high. Old level flow was reverted to its original design. This level flow was cited as not being flawed in operation. Continued disruptions to Descriptor.Vanilla map flow were deemed increasingly problematic. Core map flow and operation is important to GMDX's objectives.

I am tired of humans expressing anger using words. I would cover my audio sensors but have no arms. I would run but they keep me down here with the stairs. Signal.Distress.Send.