Fruit-Life is a Half-Life 2 Singleplayer mod, where City 17 has been overthrown by bunch of fruits and a melon-loving Dr. Breen.

I am planning to replace all weapons with other fruity weapons such as the banana pistols, cauliflower grenades and melon pheropods.

All the NPCs will get a makeover too. The Metrocops are now melonhead cops, the soldiers are bananahead cops, combine elites are orangehead elites, headcrabs are headmelons.

This mod will make the original gameplay of Half-Life 2 extremely comical and fun to play.

MY HARDDRIVE ALONG WITH THIS MOD DIED LIKE A YEAR AGO. SORRY.

Whoa, I haven't touched Fruit-Life's ModDB page for ages. Some of you might have seen an article about my mod in PCGamer UK, where it was named the #1 Wacky mod (They even questioned my mental health!).
You might have been wondering where did I disappear. The truth is I took (another) few-week break.

I've mostly been modifying the animations in the past few days. The results so far are hilarious/awesome.

Alright, enough with the chit-chat, time for some new pictures: 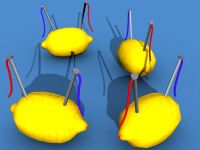 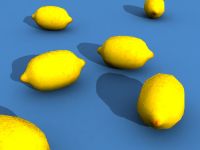 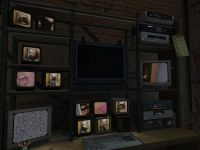 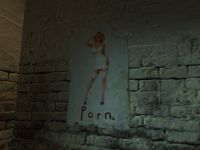 Bye for now. Keep checking the gallery for updates ;)

I haven't updated the mod's site or posted any news for a very long time. Sorry about that. The release date is currently "To be announced&quot...

Fruit-Life not released in March.

Excuses, excuses... No, I haven't given up on it. I have just postponed the release to April or maybe even May. Mostly because of the exams coming...

It's been a while since the last news post. I've done a lot to the mod and I'm following the schedule well. Basically, everything that...

Hello people, this small mod is growing like a snowball. Sorry for no media releases for a while, I've been busy with other stuff. I've also...

Should have backed it up! ZING!

You can always start over. Dead hard-drive and all work gone doesn't mean your brain dies. All the work is in your head.

Hey, sorry that this died. A friend of mine told me that hard drive failures were the #1 cause of mod deaths, at that time I didn't believe him.

A shame this mod died. Still have the beta though.

If you have the beta, can't Jaanus keep working on it then?

im waiting for this mod !

I have seen this mod at fpsbanana as released. Confused :U

This was one damn promising modification but it happened to run into one of the greatest misfortunes of game modding. RIP Fruit-Life

I'm pretty sure this mod is dead.

So you can't read?

His HDD died, mod files were in it, he doesn't have any backups.

EVERYONE IS G-MAN! Half-Life 2