JBMod was the first Half-Life 2 mod to be released, which was released only a few days after the initial Source SDK code release.

JBMod is still the best Half-Life 2 mod out there, and is still actively being developed.

JBMod 3.0 is coming soon. More information is available at Youtube.com and Jbmod.com

JBMod 3.0 was announced one year ago, so where is it?

JBMod 3.0 has the unique feature of being able to work with any Source game you have installed, unlike traditional mods that are designed to work on top of a single game. This is possible through the Source Engine's modular nature, however it also relies on tight Steam integration to retrieve valuable information about your installed games and to truly work with ANY game.

Valve recently stopped accepting normal Steamworks applications and now requires developers to go through Greenlight.
Shortly after Greenlight was launched, JBMod was unjustly banned and we've been working for the past two months to get this rectified. If we're not able to get this resolved, we may not be able to release JBMod 3.0 in its intended form.

But don't be fooled, JBMod is still coming soon! 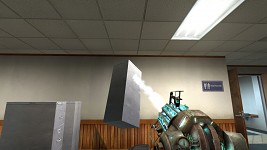 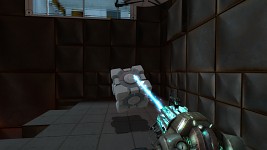 You can download the current version of JBMod at Moddb.com.
Be the first to know more by tracking this mod on ModDB and watching Jbmod.com.

JBMod 3.0, the latest iteration of the popular JBMod for Half-Life 2, has been announced. JBMod is a free game that is currently targeted for a release...

The summary field must be at least 50 characters in length.

Made a gameplay demonstration video of this mod. Please feel free to use the footage for whatever!

NO HEADY! NOT THE FOOD SUPPLY XD

Garry's mod all the way

Tales from the Galactopticon Half-Life 2