FRONTIERS is a conversion of HL2DM that offers the immersive experience of a migrant's journey into Europe from Africa.

In carefully remodeled conflict zones and migration hotspots (parts of our team went to the actual locations for research) , the players compete in the dangerous struggle of refugees and borderguards. It is a multiplayer game for up to 16 players, where one party, that is mainly unarmed, is trying to either cross a specific area (border) or escape a raid situation. The other party, mostly security and military forces, can use all necessary force to prevent this. Weapons vary depend on the local conflict situation with the guard side always changing identity. After a specific amount of succesfull crossing, the refugees are advancing a step towards Europe. Guards get promoted for the succesfull arrest of refugees, kills are never being rewarded. In some levels, they might lead to a loss of points.

So say we all,
the FRONTIERS team 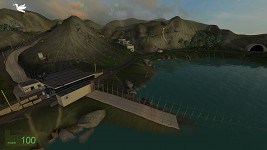 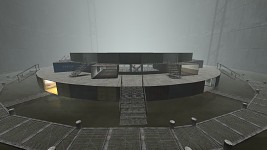 
Meet you at the Border!

And dont forget to join our steam group, we will regualry announce playing sessions. :)

Hey everyone! After half a year of mapping, remodeling, bug fixing, betatesting, feedback-collecting, adding new maps and researching content, we will...

Frontiers 1.75 is here! Download it here. Many Bugfixes and new dlls!

Frontiers 1.75 is coming soon! While we are working on our new maps Spain & the Final one, Rotterdam, we will publish a new Release with a lot of...

Frontiers is a conversion of HL2DM that offers the immersive experience of a migrant's journey into Europe from Africa and the Middle East.

In the last months, we worked hard to fix bugs and improve the Final Version of FRONTIERS in many ways. This will be the last version. Find a list of...

Stay tuned for more. There is another project coming up. Somehow similar topic, but single player and using the cryengine.

Is this mod still active? I tried to e-mail the address provided at the website, but it got bounced back. No servers seem to be up either.

Yes, but the team working on it is, on some longterm working trip, so there is no active upkeeping. So email bounces back and servers are down?

It would appear so. I hope it isn't nixed. I really think this is a great idea for a mod.

don't forget that this was made with the source engine. i think the limit of what is possible there were pretty much pushed and aren't anything close to what new cryengine stuff looks like.

Check out the new Ceuta map, it's quite pittoresque with the fence and the sunset.

Very cool and interesting mod! There are not many mods with a serious topic like that. Very brave to do so. Nice maps with lots of details to discover!