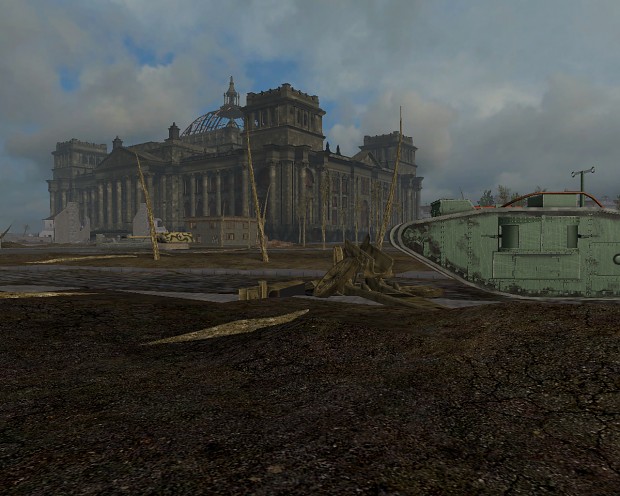 is that a WW1 tank

Yes, some Mark V tanks might have been used in the defense of Berlin: Beutepanzer.ru

that is so very very sad

it sure is by the looks of it

And there's a defensive Maus turret in the background.

Wow, that is simply stunning. Also recalls me of call of duty final mission a bit :) cant wait to play it.

There seems to be a problem with the map as it crashes when the game is about to finish loading it.

Did you also install the 4GB patch which is mentioned in the dev blog entry?

Yes it did along with also fixing an issue with the S&T pack as well. I used a custom installer posted in the FHSW Europe Forums, which I thought would have that patch in it, but everything is working now.

kind of off topic but is there a fall of moscow map?

Wow, really nice. It reminds me of that same location in warthunder with the atmosphere.

I was sad when I found out the ww1 tank can't move :C

Screenshot of the upcoming map "Fall of Berlin".