We are, beginning our final approach to releasing this gargantuan mod!

Sweet news for those of you following us from the very beginning wondering... ahem...

"why its called project braziil[!!??BRBRBR[sic][sic][sic]"

Turns out it was just a code name.

We are in fact going to be landing in sunny Post-Apocalyptic New California late this year. 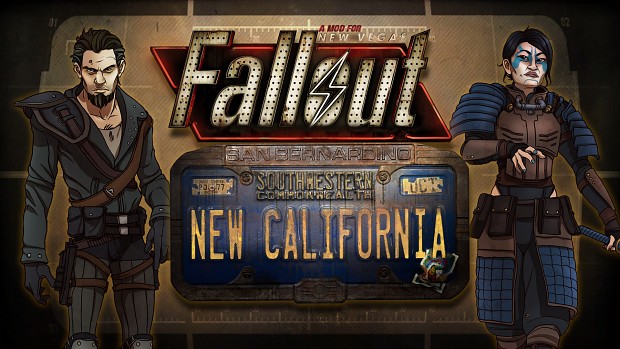 New California is a superior name for this mod. 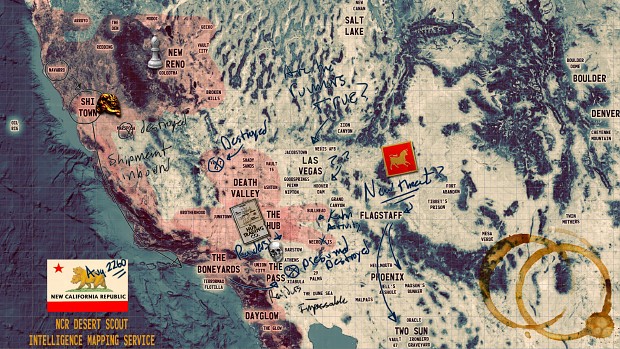 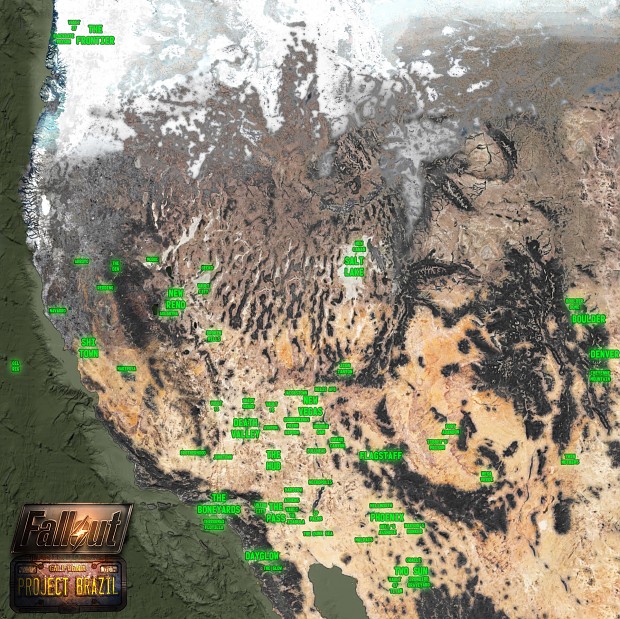 Some of those legacy logos may still hang around for a while.

Project Brazil was an intentionally misleading code name in the lore to throw Soviets and Subversives off the track of the Pre-War Conspiracy that the legacy name was based on.

That was stupid, and I feel much better knowing this will fit expectations better. 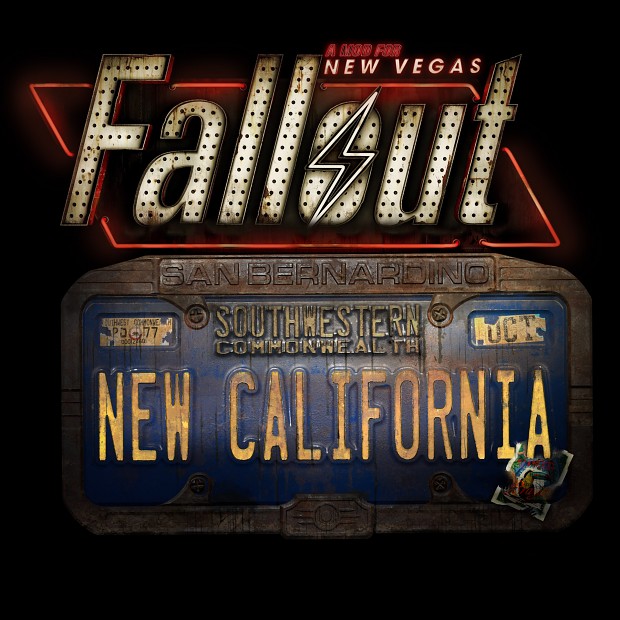 In addition to that, BETA200 is now SO comprehensive that it is a fully complete mod. No stone was left unturned, no file left unchanged, no texture left ugly and hardly a level or even rock unmodified.

If Bethesda gave us the source code we would have even ripped that up and made mods that effectively made New Vegas look like Fallout 4 (but run waaaay better.) Unfortunately that'll probably never happen, but one can dream. 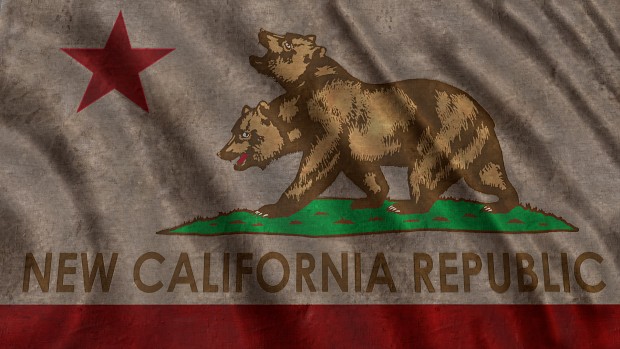 We'll be releasing the entire mod all at once start to finish, basically rebuilt from the ground up as a single mod. No parts, and no extra downloads. Everything all together in one solid ~6GB package.

We talked with the Nexus staff and they're letting us keep our URL and page intact, and we worked out a deal so our file won't need to be broken up into parts. That's super cool of them to do, so thank Dark0ne and SirSalami for that.

Same goes for our ModDB. I'll keep the URL the same as the legacy but replace the titles and art there too.

We have the Alpha version internally circulating in a small group of fellow modders, HOPEFULLY who will be assisting us in getting more upgrades to our map, bug patches, and some minor extra quests, guns, gear, VFX, static art, and creatures.

That means things aren't far off, and we'll have a release date as soon as Rick wraps up MQ05 and Jack adds the new weather and missile launch effects.

Gonna be crazy the next couple months.

great guys, waiting for a release! Congratulations on getting the mod this far :)

I was always convinced it's either placeholder codename, similarly to Van Buren for original Fallout 3, or some acronym, just wondered about context.

Love the new logo with the name change, looking forward to the mod too. I do hope you guys are still considering a patch that replaces the spiders when you got time because I really would like to give this one a go!

Another mod will, I'm sure.

I can't wait to play the hell out of this!

It does not just work. We have to make it work. :p Whether it wants to or not.

I even forgot why i subscribed lol. Seems pretty cool havent played nv in a long time so this mod may be something to go back

so wait, I just wanna get this straight...

...this takes place in California???

You've come a long way and worked so hard, I hope you're proud.

We might move on to this. :) Depends on the funding we can get!

Sounds good, I look forward to it :)

So will locations from previous game make a comeback in some way, like Arroyo or the Mariposa Base Ruins?

We mention them, but do not visit them.

I've been waiting to revisit Cali-*AHEM* New California, for a very long time now through a first person view. I'm super excited for this mod!

Uhhh will this work fine with the vanilla new Vegas or does this require some sort of graphic overhaul?

Thank you so much

First time hearing about this mod but couldn't be more excited! FNV is one of my favorite fallout games keep up the good work will definitely be donating to the cause d;

Haha, thanks! Every donation is appreciated. Nexusmods.com

I heard that this was set 20 years before Fallout: New Vegas. Since the Enclave is involved, and based on the time frame I heard about, I can't help but wonder... Will we run across child Arcade Gannon, Craig Boone, or younger versions of anyone else from the Remnants or NCR in the mod?

No. All those folks aren't in San Bernardino at the time of our mod. We don't involve any NPCs from vanilla or any other game except by mentioning them.

Thank you for the reply! Though it would have been cute to see them as kids I definitely understand not wanting to mix in the vanilla people.

Couldn't afford the voice actors. :p Or jeopardize the lore!

sorry my english. will this mod have spanish subtitles? I love this game, i can't wait to play your mod

We haven't had an offer for Spanish yet. But, if you know a team willing I'll hook them up with the files.

i can help to make an acceptable work. i'm not an expert, but understand english better than i can speak/write it, so you will have spanish subs.
if you want i can give you my email adrres.