Here is an update on what is happening with the mod.

So a while back I promised a news post to lay out the plans for Alpha 6 T.E.C.S. Build.

Unfortunately since then very little has gone to plan.

The New Features in the mod that I planned to use have unfortunately got some bugs in that I cannot fix, and the creator of them is currently not available, so I have no way to get them fixed.

You will have experienced some of the effects of some of these bugs if you have used the Pre-Alpha 6 patch.

So this now is the plan that was and I am not sure what will happen next with the mod. I will talk more about that in a bit. 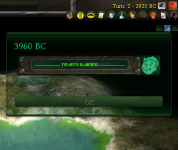 The T.E.C.S. Build stands for:

So it was going to be all about expanding these factors.

What Has and Hasn't happened so far (and Why): 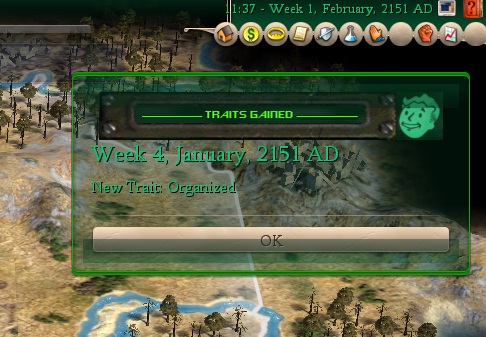 With the Introduction of the Dynamic Traits(DynTraits) Mod Component the options and abilities of Traits has been greatly expanded. I have talked about this in some previous posts. The way it works is that various in game actions apply points towards gainable traits in game and these traits then give a whole host of effects. (Just like the starting traits of a Civs Leader)

So the plan was to create a whole bunch traits that would broadly fit into two categories. Personality and Civic Traits.

Personality Traits would come from your various actions in the game.

Example: You kill a lot of Ghouls you become a 'Ghoul Killer' or 'Hater of Ghouls' and get some effects from this trait.

Civic Traits would come from your choice of civics and the longer you use civics or combinations of civics the more of these traits you gain. These were to be linked in with the civics themselves to make an Evolving Deep Civic System.

Unfortunately there is currently a bug in the 'Points Gaining' System in DynTraits, where one tag that was rather important to my plans does not work properly. This tag made it possible for actions to take a way points from a trait and lose traits because of it. This was to be very important in the gaining and losing of Civic Traits in particular. (This is the source of the Civic Traits issue in the Pre-Alpha 6 Patch)

I have a couple of possible options for working round this bug, but none of them are exactly ideal..

Nothing has started on the Personality Traits, because the blow of discovering the bug has reduced my motivation for Trait work and Ideas. I wanted to get the Civic System working first, now I can't really(unless I can get it fixed) and it is going to be difficult to do an integrated system without this system working just right. Again it is possible to do something, just not in an ideal way.. 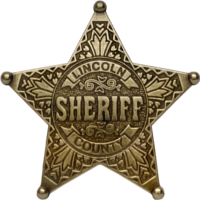 So a while ago I spoke about my revolutionary(pff!) 'Story Event System'. These are events that chain together throughout the course of the game and will work together to create some very different empires and stories depending on the choices you make. With things changing or rewarding or biting you in the ass down the line to help create a bit of the 'Change your world' story/actions/consequences that have been a big part of Fallout since it's beginning.

Right now the game has one story event, I am just not sure if the 'Part 2 and 3' of the event are triggering properly or not.. Sometimes it seems to work and sometimes it doesn't and I am just left a bit confused by it..

I really need more feedback to tell me if people are or are not experiencing the extra parts. (Currently it should fire when you get some thousands of coin saved up)

So until I know that these stories fire properly I don't really want to put in the mental effort of creating more. ('Steve The Super Mutant' took freaking ages! To get Done!!)

So that is where story events stand. I could make a whole bunch of standard random events, but again I am lacking motivation for it right now.

The Plan with civics was/is to make them equally more and less complex! (Try and figure out that statement!?!)

A lot of new additions to the frame work of Alpha five added a lot of new tags and abilities for civics, so the plan is to make use of these to make civics more unique and interesting and more deeply effect the way you run your empire, as well as integrating this into the Evolving Deep Civic System using Traits, so that civics become more powerful or specialised over time as well as opening up other effects.

Things like changing the skill of specialists, unlocking units, buildings and improvements or changing their effects. Generally making the 'shape of your empire' much more closely connected with your choice of civics and your commitment to a certain path of doctrine. Even making civics have negative effects on demographics or yields/commerce that do not 'fit well' in a certain cultural/political climate.

A lot of the left over 'junk' from my first investigation of civics has been removed and the new civics (In the Pre-A6 Patch) are much more streamlined and hopefully easier to understand what they do. (They are by no means finished, I have just tried to be stricter with myself and make their initial setup easier to understand) There is also some 'help' text in them explaining what they will do and what I plan to do with them overall in the future (Still very rough notes).

The whole thing has again stalled due to the DynTraits bug and a couple of bugs in some of the new civic features(Most notably connected with the ability for improvements to spawn units). Which I cannot fix without help and thus has been another blow to my overall motivation. 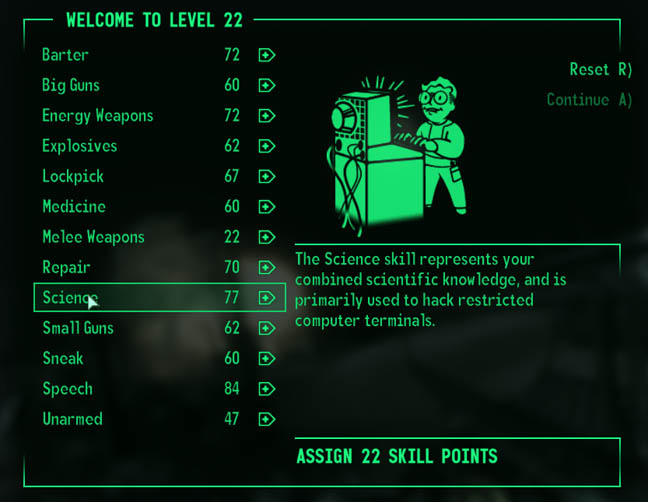 So for a long time I have wanted to increase the role of specialists as well as adding more more kinds of specialists to bring in more fallout flavour to your towns population. With some features making specialists more 'changeable' in their impact, such as civics, traits and buildings. So that the way you run society will effect the kinds of population you want to have and not have in your towns.

Due to the limitations of the system, there will be some slightly odd things that you might be able to get away with, like one minute having a ghoul, then changing it to a super mutant and back again. (I hope you will embrace this slightly fudgey nature and figure out ways to just allow it to make sense!?!)

This will just allow the choices you make to have a greater impact on the demographics of your society as well as those demographics effects on society.

Example: You have a load of Merchants and you adopt an anti merchant stance, you will want to try your best to 're-career' those merchants before their new found ire at your decisions starts a riot. Lets just hope they have another career available!

I am also experimenting with the idea of moving some of the effects/output of buildings away from the building itself and over to the specialists that occupy them, so in order to get the most out of some buildings, you will need the population avalable to work there. With some buildings main offering being an increased number of potential specialists.

I am also experimenting with the idea of Unemployment and Homelessness becoming potential problems for a city without enough jobs/specialist slots.

So the new 'unlimited' specialist, that was the citizen, is now 'Homeless' who make unhappiness and unhealthiness. So if your town grows too large too fast and does not have enough jobs to fill demand, it will become a very unwholesome place to be!

Here is the current roster:

A lot of the future elements of this will be tied in with the civics and traits content. 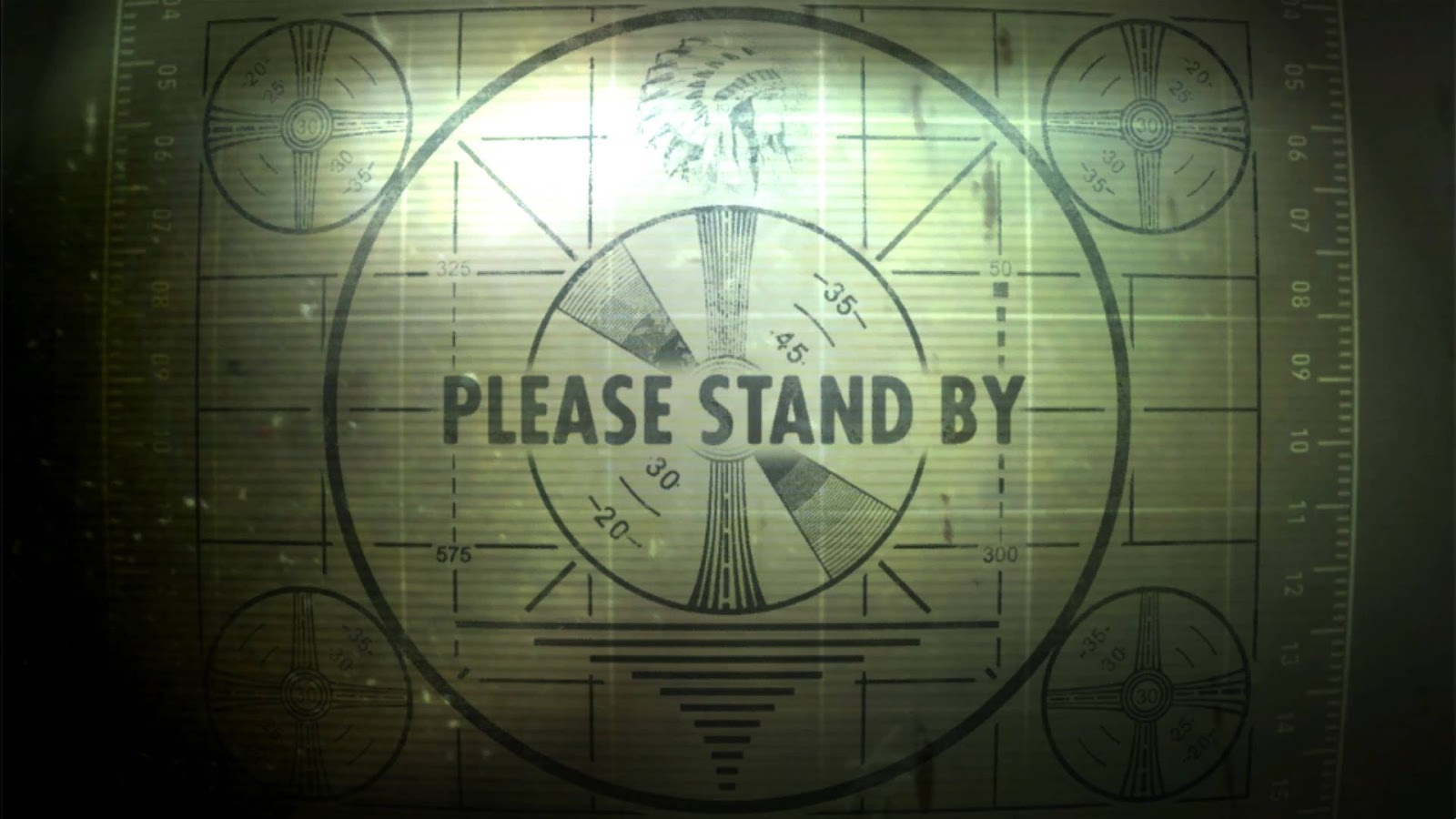 State and Future of the Mod:

For the last couple of months I have not really been working on the mod, in truth I have found it more of a chore than a hobby of late. We used to have a lot more people working on the project which generally made the whole thing more exciting and enjoyable to do. Over time a lot of people have disappeared or had to step down for various real life reasons which has mostly left me toiling in obscurity with very little motivation.

I don't want the mod to end, I have sunk too much time into it now along with other people. (I first started doing this mod about... 5 Years ago!) However, like I said, I have not really been enjoying myself much lately. 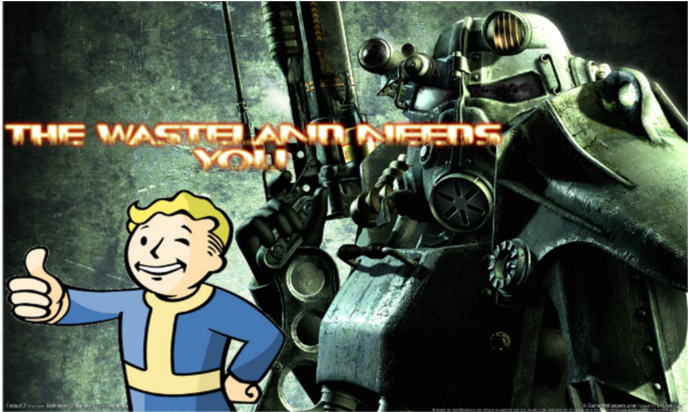 What I am really looking for is more people to get involved at any level of input, to try to reinvigorate the little FTTW Vault Dev Community.

From Ideas and 'Disscussers' helping to create some interesting conversations about the mod and keep the creativity flowing.

To people with graphics/coding/etc. skills who want to be a part of this Wasteland Legend.

I guess I am saying to keep this going I could really use some help!

Anyway I think I have taken up more than enough of your time if you actually commited to reading to the bottom of this whole thing so..

Stay safe out there fellow Wanderers of the Wasteland!

A kangaroo in a cheerleading outfit...

Is that encouraging or downright disturbing?!?

Looking for people to talk about Mr House ehh? I'd be more than happy to oblige. He is pretty awesome after all.

At least as it contributes to the mod, I don't really want to hear your latest Mr House Robo dream...

Mr House Robo dreams are what fallout is totally all about. Did you know that he made the Unified OS? The Operating system used by nearly every terminal in Fallout? Hes just awesome like that.